Rick Scott challenges McConnell to lead Republicans in the US Senate 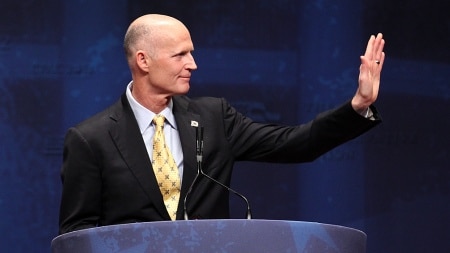 Florida Senator Rick Scott formalizes his candidacy to challenge Mitch McConnell for leadership of the Republican caucus To “promote a boldly conservative agenda” in the United States Senate, the upper house that will remain under Democratic Party control after the November 8 legislative elections.

“It’s time for new Senate leadership that unites Republicans to advance a bold conservative agenda. That’s why I’m running to be Senate Republican Leader”announced on his Twitter profile.

The status quo is broken and major changes are needed. It is time for new leadership in the Senate that unites Republicans to advance a bold conservative agenda.

That’s why I’m running to be Senate Republican Leader. https://t.co/B0rdMuR64Z

In a letter sent Tuesday to his party colleagues announcing his intentions, Scott told them he was “deeply disappointed by the results of the recent election,” which saw Republicans gain superior numbers in the House of Representatives and win the Senate. was expected to go.

Scott, who had been the Republican Senate campaign manager, argued that “no one person is responsible” for the party’s poor performance across the country and that he would not be one of the many “eager” for the stick. Huh. Accusative finger out.

“It’s unproductive and a colossal waste of time”he explained.

For his part, the current leader of the Republican minority in the Senate, Mitch McConnell, hopes to garner the support he needs to remain in office this Wednesday.

“I think the result is quite clear. I want to repeat, I have the votes and I will be elected. The only problem is if we do it sooner or later.”McConnell commented.

Scott and McConnell clarified on several occasions competing strategic visions of how the party should function.

Among them, in connection with the figure of former President Donald Trump, criticized by the current leader of the Senate for the riots on January 6 in the Capitol.

Along these lines, McConnell justified that the poor results in these midterm elections are due to the “impression” that exists among most “independent” and “moderate” voters that the party leadership is “involved in chaos, negativity and excessive attacks”. .

Two islanders to be evicted from their villa on Love Island