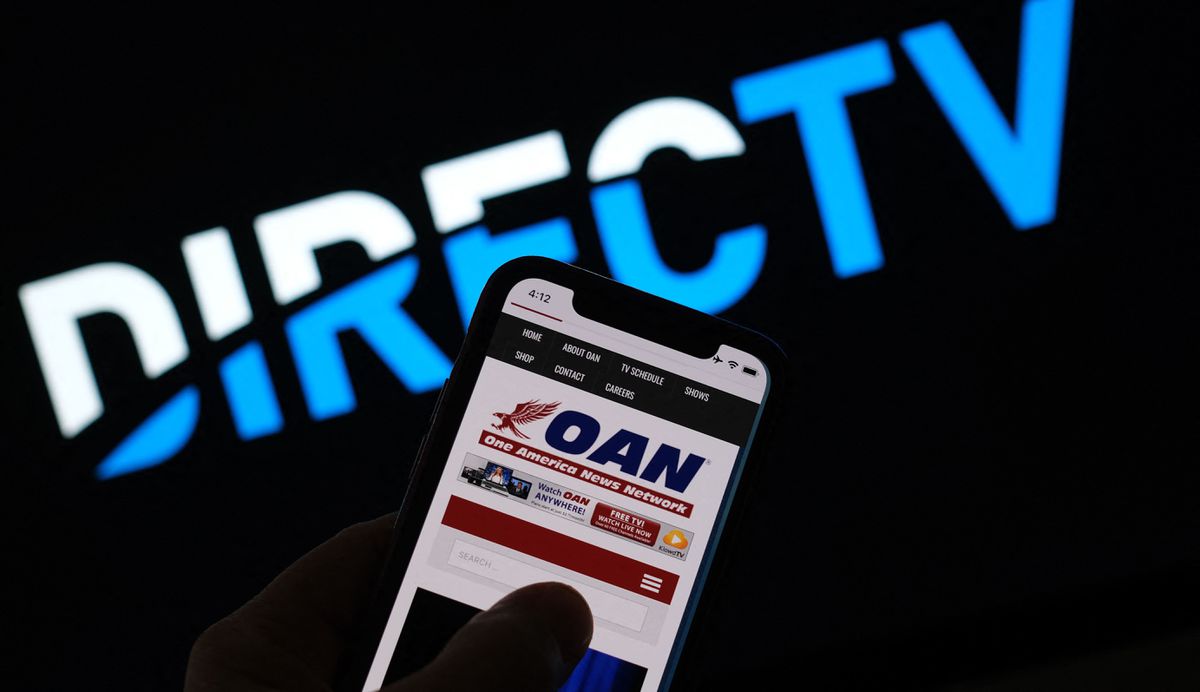 The largest satellite provider in the United States said late Friday it will drop One America News, a move that could financially cripple the right wing TV network known for fueling conspiracy theories about the 2020 election.

The announcement by DirecTV, which is 70 per cent owned by AT&T, comes three months after a Reuters investigation revealed that OAN’s founder testified that AT&T inspired him to create the network. Court testimony also showed that OAN receives nearly all of its revenue from DirecTV.

The Reuters report drew calls from some liberal groups for AT&T and DirecTV to drop OAN, a favorite of former President Donald Trump, because the network has become a key source of false claims about the election and COVID vaccinations.

On Thursday, President Joe Biden said COVID conspiracy theories are putting lives at risk. “I make a special appeal to social media companies and media outlets: Please deal with the misinformation and disinformation that’s on your shows,” Biden said. “It has to stop.”

OAN is owned by San Diego-based Herring Networks, a family of conservative tech entrepreneurs. CEO Robert Herring Sr did not respond to requests for comment by e-mail and phone. In an interview with Reuters last year, he said his network provided an important voice. “If I think I’m right, I just go for it,” he said.

DirecTV, with approximately 15 million subscribers, is by far OAN’s largest carrier. According to testimony by OAN’s accountant reviewed by Reuters, DirecTV provided 90 per cent of the conservative network’s revenue.

“We informed Herring Networks that, following a routine internal review, we do not plan to enter into a new contract when our current agreement expires,” DirecTV said in a statement.

The OAN-DirecTV contract is set to expire in the next several months. DirecTV began airing OAN in April 2017, a deal that began shortly after OAN and AT&T settled a lawsuit over alleged oral promises during negotiations.

The pro-Trump right, however, has powerful outlets on television and online, including Fox News, the conservative cable news outlet founded by Rupert Murdoch.

Liberals cheered the news. NAACP President Derrick Johnson called it “a victory for us and the future of democracy.” In a statement, Johnson added: “At a time when we are seeing our rights infringed upon, OAN only seeks to create further division … We must continually choose truth over lies and common sense over hysteria.”

The news also follows a lawsuit filed on December 23 by two Georgia election workers who accused OAN and Trump lawyer Rudy Giuliani of spreading false vote-rigging claims about them in the aftermath of the 2020 presidential election. The claims were debunked by state authorities. OAN has denied it has done anything wrong.

DirecTV did not elaborate on why it planned to drop OAN. Earlier, an AT&T said the company airs “many news channels that offer viewpoints across the political spectrum.”

The Reuters investigative report in October cited claims in which OAN’s founder and his son testified that the inspiration for the conservative network came from AT&T executives.

“They told us they wanted a conservative network,” the elder Herring said during a 2019 deposition. “They only had one, which was Fox News, and they had seven others on the other side. When they said that, I jumped to it and built one.”

During a 2020 court proceeding, a transcript shows, an OAN lawyer told the court, “If Herring Networks, for instance, was to lose or not be renewed on DirecTV, the company would go out of business tomorrow.”

This content appears as provided to The Globe by the originating wire service. It has not been edited by Globe staff.