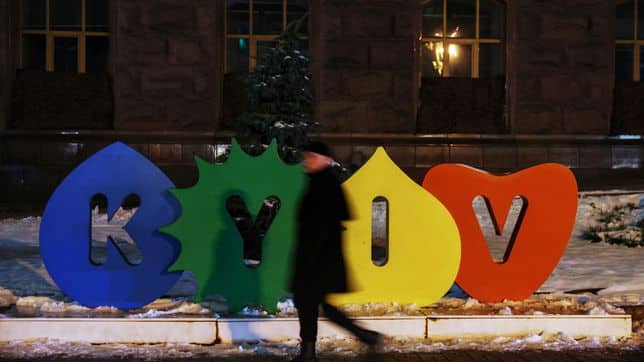 Russian Foreign Minister Sergei Lavrovoffered a new press conference via telematics for the foreign press accredited in Russia, where he spoke at length to justify the invasion of the Russian army in Ukraine.

His first position has been to defend against attacks on key infrastructure in Ukraine, “provide combat capability To the Armed Forces of Ukraine, to the nationalist battalions. The strikes are carried out with high-precision weapons,” he said.

Russia’s foreign relations official said, “Energy facilities on which the functioning of the Ukrainian military depends and on which the delivery of huge quantities of weapons supplied to Ukraine by the West to kill the Russians are also being disabled.”

Lavrov was very critical of a historical fact of the Balkan War, “Compare “In the former Yugoslavia, NATO even bombed a television center in Belgrade on the grounds that it served as enemy war propaganda,” Lavrov said, adding, “When the United States bombed Iraq So what happened, there is hysteria in the Western media now.” They said.

“What is happening now means that NATO is going back to the ideological priorities that were developed 73 years ago during the Cold War. Nothing has changed: they want to keep the Russians out of Europe. Americans have already done enslaved all of Europewhy They keep under their control not only the Germans, but the entire European Union.Told.

Foreign Minister was very critical of this The Gas Situation That Europe Is Experiencing That it has stopped buying Russian gas. “America now lives at the expense of Europe and It will benefit from the economic and energy crisis in which it has fallen. they will sell gas to europe four times more expensive bought it than Russian gas and they will allocate hundreds of billions of dollars in subsidies to their industry to keep investors away from Europe and deindustrialize it”, a very harsh analysis of the old continent and the United States.

Add a clear objective: “The plan is to sell them to reduce Europe’s arms stockpile.””, And it is that the arms industry is one of the most profitable businesses for the US economy. According to Forbes, annual firearms sales reached an all-time high of $22.8 million, up 64% from the previous year. 13.8 million Americans First-time gun purchases in 2020 and 2021, according to retail surveys conducted by the National Shooting Sports Foundation

Regarding a possible new negotiation process with the White House, Lavrov assured that his country “is ready to resume negotiations with the United States, but only if Washington demonstrates willingness to discuss projects”. “ on security guarantee and realizes his mistakes. If our Western interlocutors admit their mistakes and express their willingness to return to the discussion of the proposed documents in December, I think that will be positive.”

Tensions in Asia: “We are determined and ready to fight” US and China ready to go into armed conflict over Taiwan

Where was the world’s first zoo?

Starbucks is finalizing its plan to mandate employee vaccinations and testing.