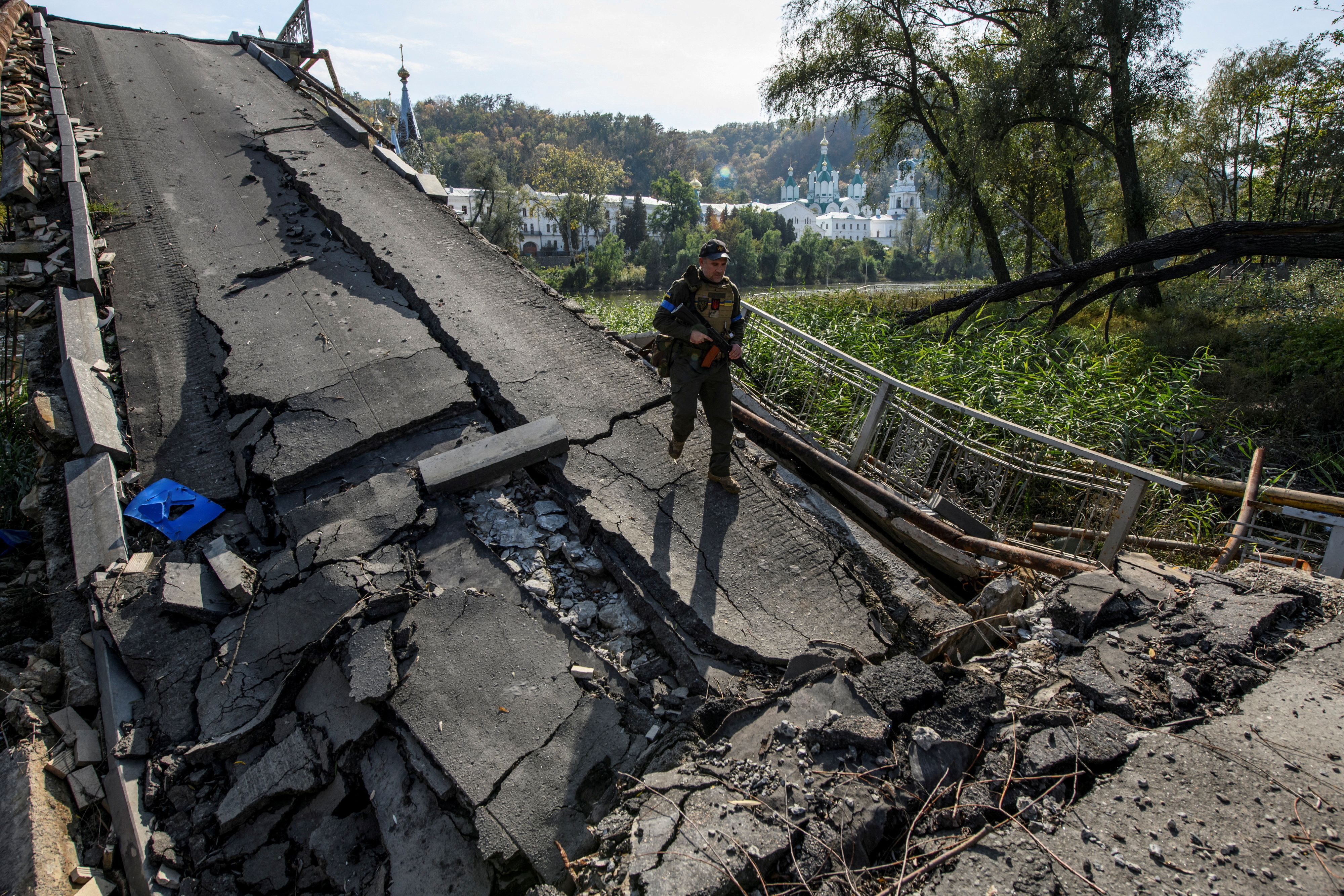 A member of the National Guard Service of Ukraine walks across a bridge over the Siversky Donets River, destroyed during Russia’s invasion of Ukraine, in the city of Sviatohirsk, Donetsk region, Ukraine October 1, 2022. REUTERS/Vladislav Musienko

“Lyman was completely won again. Glory to Ukraine,” said the president. Volodymyr Zelensky Confirming this morning what was already a fact yesterday: Russia lost an important railway junction in the attached Donetsk region.

The defeat is more than a retreat, it is a real threat to the Russian position in eastern Ukraine., a disputed territory since 2014, when Moscow illegally annexed Crimea. Since then, the Kremlin has strengthened in eastern Ukraine and has organized its entire offensive from there.

nowLyman’s victory opens the door to take Kreminaya and will be the gateway to Lugansk… You Putin no longer has cattle or the territories he occupied in a maneuver condemned by the whole world.

According to the information being circulated, Kyiv troops have already entered the city of Totskoye, northeast of Lyman and are on their way to Kreminaya. If that position is consolidated, it will advance to Lugansk… if a Russian withdrawal in that area is achieved. The Kremlin is facing another major humiliation.

Lyman’s failure exposed a fierce insider within the Russian command forces. Yesterday, in fact, the President of the Russian Republic of Chechnya, Ramzan Kadyrov called the situation shameful and asked Vladimir Putin to use nuclear weapons Power in Ukraine in response to military failures. 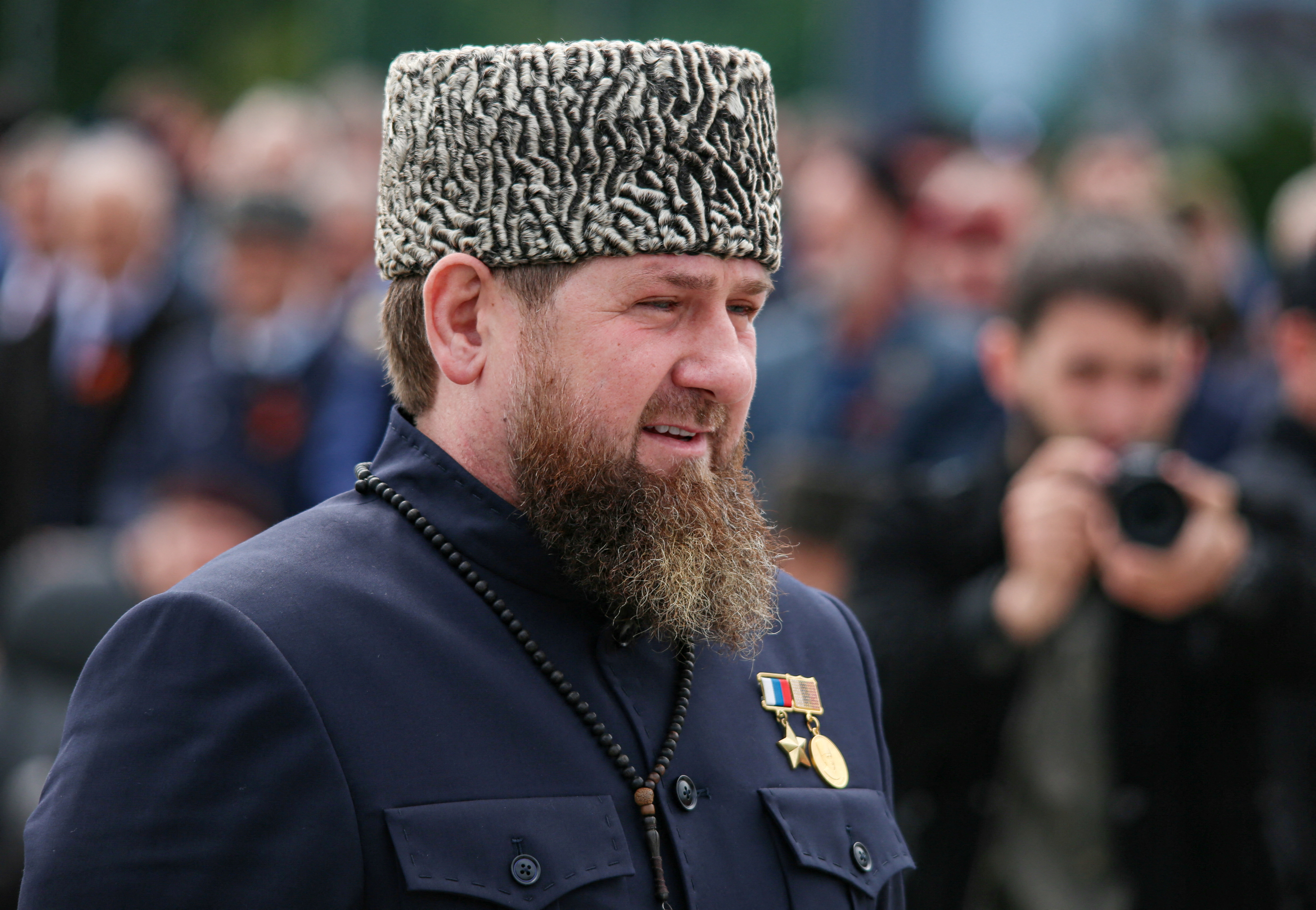 Ramzan Kadyrov, President of the Russian Republic of Chechnya,

“It is my personal opinion that more drastic measures should be adopted, ranging from the declaration of martial law in the border area to the use of low-intensity nuclear weapons,” Kadyrov wrote in a message posted on his Telegram channel.

He also reprimanded the troops for moving their headquarters to Starobilsk, 100 kilometers away. “How can you command your units when you are 150 kms away? Today we have lost a large amount of territory due to lack of primary military logistics”, he said.

Kadyrov has assured that two weeks ago he knew Lyman was an easy target, but that the chief of the Russian General Staff, Valery Gerasimov, “trusted Lapin’s talent and leadership.” “If it were up to me, I would demote Lapin as a privateer, take away his medals and send him to the front line with a machine gun in hand to clear his shame with blood,” he said. .

Alert for the mobilization of the Russian nuclear submarine K-329 Belgorod, the carrier of the super torpedo known as the Weapon of the Apocalypse
Chechen leader Ramzan Kadyrov calls on Putin to use nuclear weapons in Ukraine in response to Lion’s defeat
Pope addresses Putin for the first time since the invasion of Ukraine: “Stop the spiral of violence and death”
Zelensky confirms the defeat of Putin’s troops in Leiman: “the city is completely liberated”