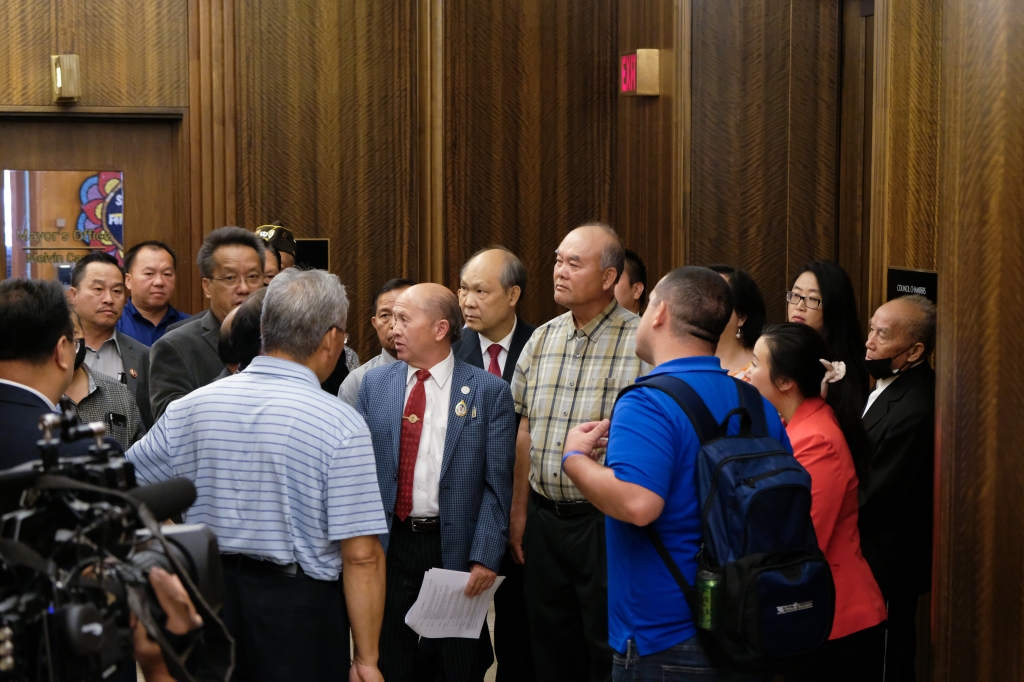 A dispute between speakers of two Hmong dialects – White Hmong and Green Hmong – eclipsed planning and fundraising for the second phase of the Minnesota China Friendship Garden at Lake Phalene for several months.

On Wednesday, in an effort to achieve better days, the Saint Paul City Council directed Parks and Recreation to expand and diversify its design advisory committee and asked the Minnesota China Friendship Gardens Society to disband and reorganize its Hmong advisory committee.

Conflict? In a nutshell: the letter “X”.

Nine art stones inscribed in both dialects line a scenic walkway near the Chinese pavilion donated by St. Paul’s sister city of Changsha, China, but so far, the walkway has generated more controversy than cooperation. One stone describes the “Hmong” people, while the other omits the “H”, leaving the word “mong” as it is written in the Hmong-Zelen language.

Some would have none of this.

“The spelling HMONG is a comprehensive and neutral name that has (bound) our people for generations,” said a June 21 letter to the city council signed by Tong Wang, president of the Hmong veterans and families organization SGU USA. Inc.

“The lack of a diverse community engagement process during Phase 1 of the Phalen Regional Park Chinese Garden has created an uncontrollable conflict that has now divided our Hmong community,” Wang wrote.

In April, Green’s senior Hmong speakers gathered outside St. Paul’s city hall to state that they feel wronged by Councilman Dai Tao, the first elected member of the Hmong City Council, as well as the Hmong Clan Council 18 and other speakers. Hmong White, who they claimed made fun of their language. They called for Tao’s resignation.

At Wednesday’s council meeting, Tao took a conciliatory tone as he read a lengthy statement into the minutes, acknowledging that “feelings may be hurt” and asking all parties to work together on the next phase of the pavilion’s construction. “I want to invite everyone back to the Chinese Friendship Garden project,” he said.

He then said that one family dominated the advisory committee and repeated claims he made in April that his family had been threatened with violent “terrorist threats” over a dialect dispute, but “I forgive you.”

Tao then introduced a council resolution calling for a “robust community process and representative participation” prior to Phase II planning, which could cover a more sophisticated Hmong plaza, the Chinese Moon Bridge, an expansion of the Xiang Jiang Pavilion’s existing garden, and a permanent donor. wall. The Council approved the resolution 6-0.

Biden’s idea in Glasgow: This time, the US is taking climate change seriously.