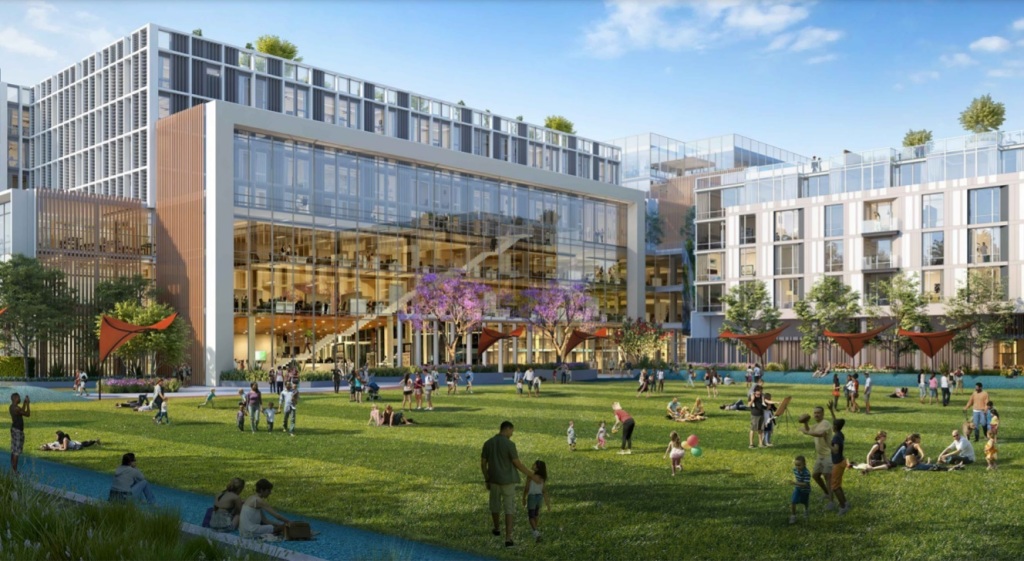 SAN JOSE. Surrounded by sprawling suburbs on the city’s western edge along its border with Saratoga is a site designated for the new urban village of San Jose, where residents will eventually be able to live, walk, bike and shop, all within a few blocks of each other. from friend.

It has been branded as a Santana Row style development by some real estate watchers. The project will consist of 994 housing units, 150 of which are affordable, and 165,949 square feet of commercial space, with Whole Foods as the anchor store.

Buildings are expected to be 99 to 132 feet high, or 9 to 12 stories high, in the air. And the developers plan to include 3.5 acres of open space in the project, including a 1.1-acre park with fountains, seating, garden terraces, and a dog park.

In the largest part of the development, at 1312 El Paseo de Saratoga, the westernmost part of the already existing shopping center will be reconstructed. The AMC, REI, and Ulta theaters currently occupy the adjacent space and will continue to operate.

Four one-story commercial buildings are located on the second lot at 1777 Saratoga Avenue and will be demolished to make way for new development.

“This is an important opportunity to prove that urban mixed-use development is an opportunity to breathe life into our neighborhoods and create much-needed housing and much-needed jobs,” project consultant Eric Schennauer told the news organization. “That’s the whole purpose of urban villages.”

More than a decade ago, San Jose decided to transform the city from its current sprawling area of ​​single-family homes into a city of 60 urban villages.

But that vision didn’t pan out: Over the past decade, the council has approved only a quarter of the desired projects. And, according to city statistics, roughly 35% of new housing developments were built in those neighborhoods at the same time — a move that critics say is detrimental to San Jose’s ability to meet its housing goals.

While the El Paseo de Saratoga project will build a nearly 11-acre urban village on the city’s west side, one council member expressed concern that this is only a fraction of the 174 acres the city could reimagine and set its sights on what is now more than a decade of urban village planning process.

The City has yet to plan much of the El Paseo/Saratoga area.

“Let’s plan for density and clearly define our vision for where we will have parks and how we are going to mitigate that growth,” Council Member Matt Mahan said. “This plan is really not specific enough here, and I don’t think many of our urban villages have it.”

Mahan’s concerns arose from issues raised by neighboring residents who objected to the height of the project and the effect of density on traffic along the Lawrence Expressway and Saratoga Avenue corridors.

“We see a need for affordable housing, for all housing here other than 994 apartments, that’s 2,000 new residents crammed into ten acres,” Luanne Abrahams, a member of the Morland West Neighborhood Association, told the news organization. “It’s so inconsistent with what’s being built elsewhere.”

City officials, however, say the El Paseo de Saratoga project is in line with other urban villages across the city.

Density is an important part of creating vibrant urban space, according to Mayor Sam Licciardo. When the city launched its urban village plan a decade ago, community members reiterated that they didn’t need a car to get to many places in their favorite cities.

“Being chained to the steering wheel keeps you from going out and enjoying the park, the paseo, the piazza or whatever,” Liccardo said. “And in order to get these amenities, the parks, the paseo, the plazas, you need density, you need mix of use, and you need all of these things to be within walking distance.”

The addition of thousands of potential new residents has also raised concerns about the impact on traffic as the area lacks public transportation options, an important part of urban villages.

Several council members want developer Sand Hill Property Company to provide new residents with VTA transit passes. The area, however, is several miles from the nearest light rail station and does not have access to rapid bus service.

Vice Mayor Chappy Jones, who represents the area, called the lack of transportation a “chicken or egg” dilemma, arguing about what should come first.

“We have to go into housing first to get the kind of transport that everyone is looking for,” he said.

January 6 Participants who carried the Confederate flag to the Capitol, Trial Begins