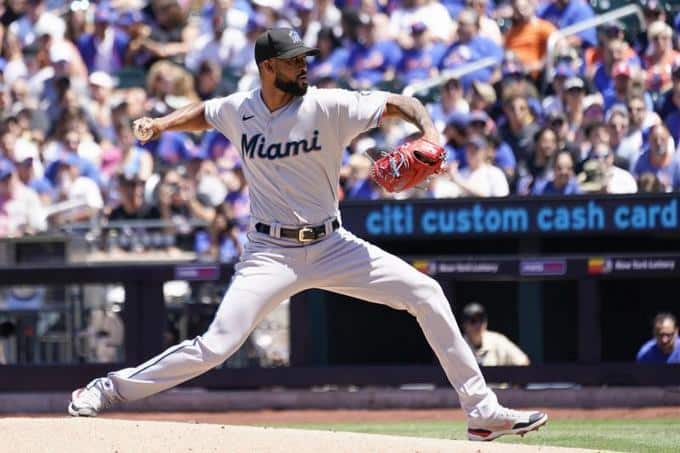 After a stellar start on Wednesday, pitching all nine innings in one shutout, Dominican star right-hander Sandy Alcantara once again improved his lead in the race for Cy Young’s Pitcher of the Year (Cy Young). National League.

Prior to the start of the day on Thursday in the Major League, the Miami Marlins pitcher was ranked as the leader in innings in the entire league with 158.1 innings, a pitcher who has completed a “unicorn” number of three games, a mark that It even surpasses the number of games that a single pitcher has collectively completed in 28 other MLB franchises.

Within the National League, the 26-year-old, Alcantara, is positioned as the leader in the ERA with 1.88, a good margin of -0.26 points (Tony Gonsolin, 2.14) over his predecessor in this segment.

Taking into account other important indicators, such as rivals’ batting averages against him, the Dominican has narrowed the opposition down to just .193, which places him in third seed among starting pitchers in the “Old Circuit”.

Cumulatively, the right-hander has 141 strikeouts in individual capacity, surpassed only by three other pitchers in the National League, the same pitcher who holds a 10–4 record in games with which he wins or loses, respectively. has come out. ,

Carlos Rodone, starting pitcher for the San Francisco Giants, ranks as the closest runner to Cy Young in the race, which Sandy Alcantara undoubtedly leads.

Rodden, having completed 21 starts in the season, leads the critical line of defense independent effectiveness (FIP) with 2.29, while comes third in percentage of collisions ending in strikeouts per walk with 24.0%.

Corbin Burns, the current winner of the above award in the National League, is another one in the hunt for Alcantara, who has good classes of 2.49 in the ERA and 3.10 in the FIP, keeping his opponents away from a micro average of .186.

Starter for the Los Angeles Dodgers, Tony Gonsolin, has been in full swing for pitcher of the year in previous weeks, though his difficult five starts in July, where he allowed 15 earned runs, put a foot in his aspirations.