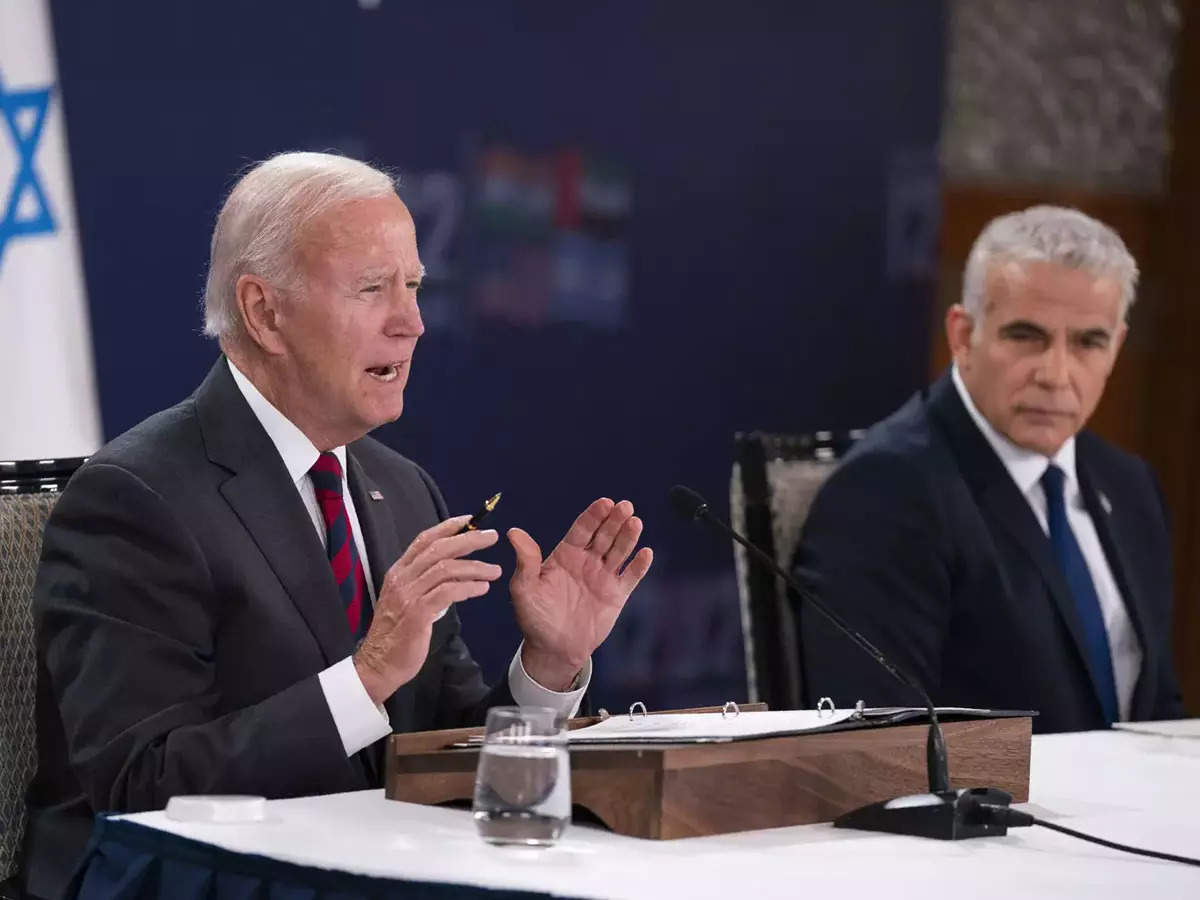 Riyadh: Saudi Arabia has allowed flights coming from Israel to enter its airspace. The removal of the flight ban was announced just before the visit of US President Joe Biden to Saudi Arabia, who is visiting West Asia. Biden and Israeli PM Yair Lapid were seen standing together in Jerusalem. He declared that he would not allow Iran to become a nuclear weapon state. Biden warned that his patience with Iran was running out and he hoped Iran would re-join the nuclear deal.

Biden gave this warning to Iran on his first visit to the Middle East after becoming president. Meanwhile, Saudi Arabia’s announcement is being seen as an improvement in relations between the leaders of Muslim countries and the Jewish country Israel. That too when Saudi Arabia has not yet recognized Israel. Not only this, Saudi Arabia is accused of inciting sentiments against Israel in its text books and the words of some imams.

Saudi Arabia refuses to join the Abrahamic Agreement
This announcement of Saudi Arabia is being seen with great enthusiasm in both the countries. The US President’s visit has raised speculation that relations between Israel and Saudi Arabia may return to normal. Meanwhile, Saudi Arabia is said to have said that it will maintain its decades-old Arab League position. According to this, Saudi Arabia will not normalize relations with Israel until the Palestinian dispute is resolved.

Biden will mention the murder of journalist Jamal Khashoggi
Meanwhile, Biden has said he cannot make any commitments that he will not mention the murder of noted journalist Jamal Khashoggi during a meeting with Saudi Prince Mohammed bin Salman. “I always put human rights at the fore,” Biden told a news conference with the Israeli prime minister. “But my stand on Khashoggi is clear,” Biden said. If someone doesn’t understand it, in Saudi Arabia or anywhere else, they don’t recognize me.’ The US President said that the purpose of his visit to Saudi Arabia is ‘comprehensive’.