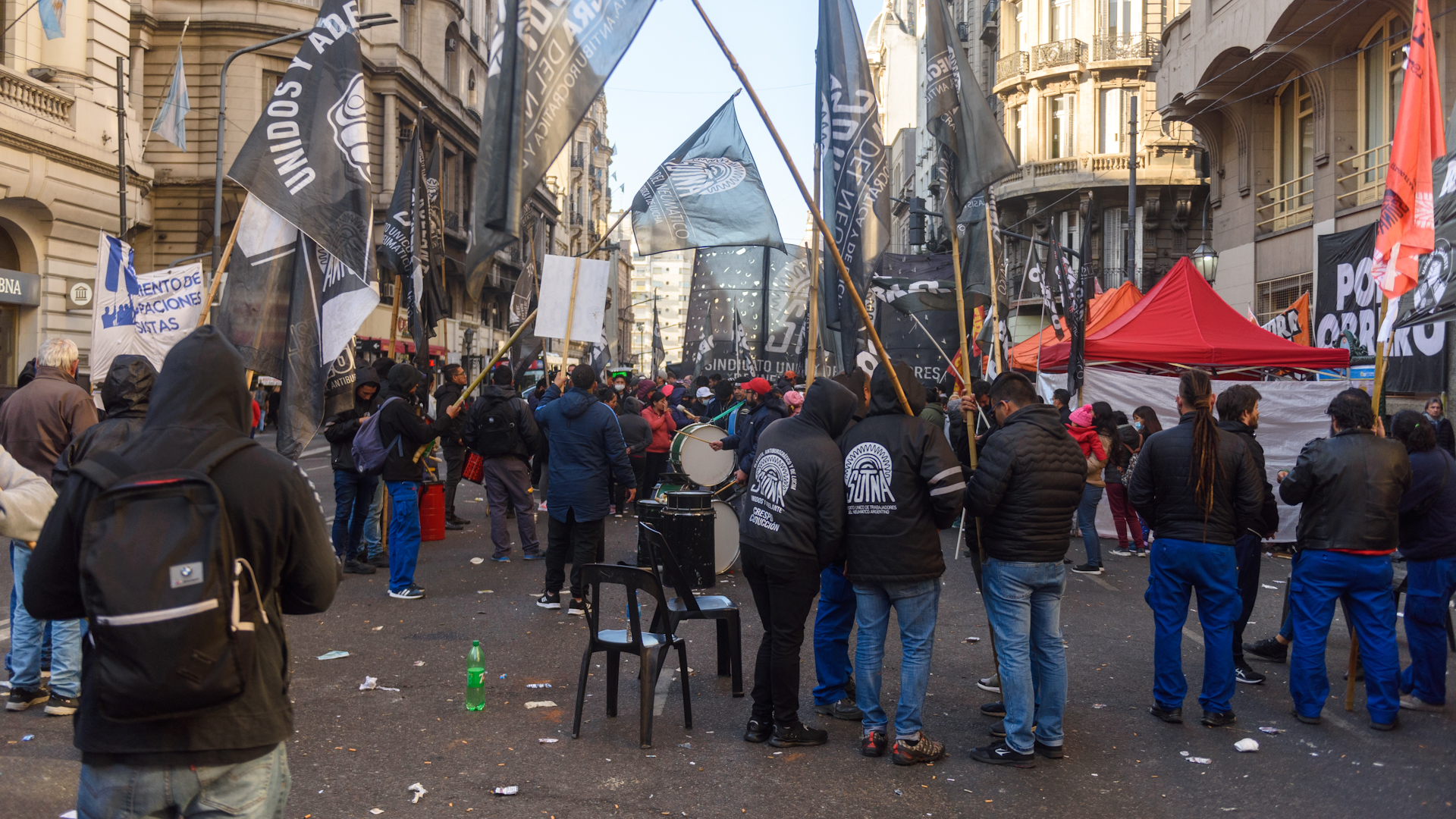 There has already been a long struggle in the tire sector that started in April This affects not only the provision and pricing of tires for end users, whether they are individuals or companies (transportation, logistics, agricultural services), but also the automotive sector, which, given the difficulty in completing vehicles, functions. Analyzes the suspension of the shift. Which will not only reduce production for the domestic market and export, but also reduce working hours and personnel wages.

Since April, these companies’ plants, located in Lavalle, San Fernando and Merlo in Buenos Aires respectively, have been operating when they can, amid strikes and blockades, which have already totaled more than 1.3 million people. have decreased. Annual production capacity of the units.

The Single Union of Tire Workers of Argentina (SUTNA), whose general secretary is Alexander Crespo, the extremists of Polo Obrero, demand an additional adjustment of the 2021/2022 parity, which has been negotiated with an increase of 66%, but the core of the claim is that all hours worked on weekends will be paid more than normal people. will be done at 200%. Both companies say the labor agreement establishes a system of 6 days of paid work and 2 days off at normal pay, while overtime is fixed at 150 or 200%, depending on whether It is a weekday or weekends and holidays. , Agreement 636, signed and approved in 2011, is completed by the company with an addendum, so the systems are not exactly the same in all respects.

One of the union sites, in this case at the Fate plant in San Fernando

The labor ministry has already held 33 hearings and is trying to channel the conflict. Last Wednesday, two blocks of Congress, held in a Labor Portfolio building on Callao Avenue, caused a controversy due to violent union backlash, after hearing that the companies rejected their proposal of a 16% pay adjustment for the full 66%. Confirmed. Proposed an increase of 38% in 3 installments for the first semester (July-December 2022) of the 2021/2022 JV and 2022/2023 JV.

Crespo reacted with outcry and outbursts, there was shoving and the National Director of Labor Relations.Gabriella Marcello, Those who were leading the meeting had to leave with police protection. Later, members of the Sutna occupied the fourth floor of the Labor Headquarters, which they occupied until Friday, when the Labor Minister, Claudio Moroni, offered him a new hearing, number 34, which will take place this Monday. The union accepted the invitation, which the companies saw as a sign of weakness in the labor portfolio, but decided to strike “until further notice”, which began that same Friday and halted operations at the plants.

The three companies expressed their deep unease with the “wild” struggle being promoted by Sutna for five months.

Bridgestone decided to “temporarily” close all of its operations in Argentina and explained in a statement to its employees that it was doing so “in order to protect the well-being and safety of employees, contractors and visitors” due to the “ongoing conflict”. was doing. and “to avoid health and safety risks to our team colleagues and our operations.” 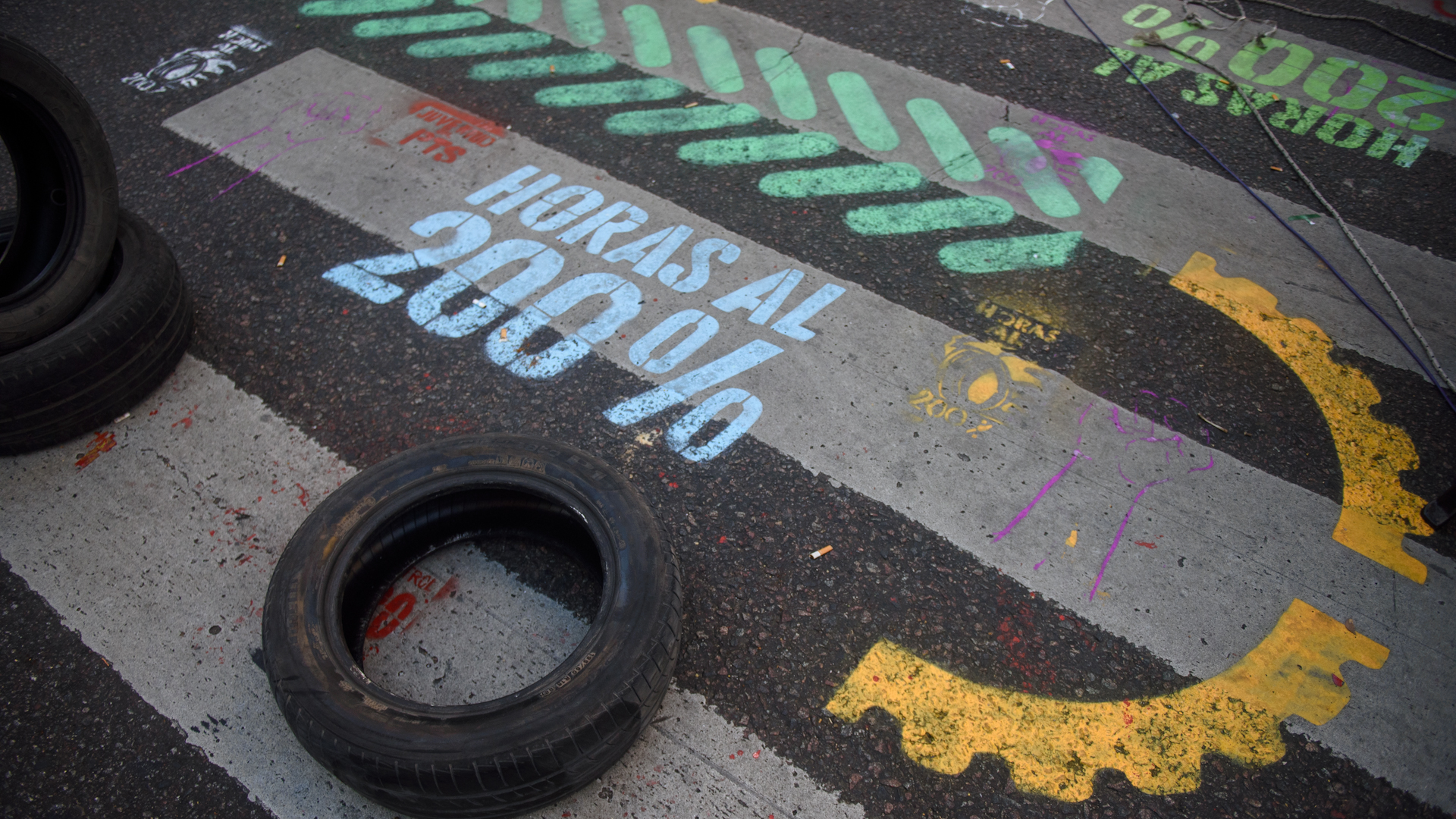 The company also explained the five-month cumulative effect of union pressure. “We are facing a general supply crunch, including raw materials and food products for our partners, which prevents us from being able to continue operations.” For this reason, he continued, “we must temporarily suspend our productive work without earning wages in the terms of Article 22 of Annex 636/11”, thus emphasizing that the union’s action should be reformed. But the income of the workers suffers., The company has an employee participation plan in Profit and expressed that it seeks “a permanent and beneficial settlement for all”.

Meanwhile, it suspended all its operations in the country.

tell me when it ends

Meanwhile, Pirelli explained: “Once again Sutna has blocked the plant for several days, changing the normal flow of the factory. The nature of this method, apart from being illegal, is deeply authoritarian and undemocratic, because it is our Violates fundamental rights like freedom of movement and work enshrined in the constitution. Moreover, this type of attitude, instead of helping to resolve the wage discussion, creates more situations of tension where workers are not benefited in any way does not happen”.

Crespo, in the center, recently received the visit and support of Pablo Moyano from truck drivers

Fate, unable to work, warned Sutna through a letter-document that “for the damages that the union inflicts on the union, the damages caused to the company by such and illegal actions, and other remedies which are concerned may be within the framework of the personal employment contract of employees”, notifying you at least 24 hours in advance that the indefinite strike that began on Friday will be withdrawn, in order to “relate to the safety of workers and the compensation of equipment and machinery” To ensure that requirements are complied with, personnel calling and integration of different work teams into respective shift diagrams, assurance of provision of inputs and raw materials and other actions necessary to resume productive activity.

Unless Sutna provides this information, he indicated, “the company must assume that unemployment conditions persist indefinitely.”

Sutna changed hands in 2016. That year, the Black-Maroon-Brown List of Various Expressions of the Left defeated Violet by a narrow margin, headed by Pedro VasjescoKirchnerist CTA he heads Hugo Yasky, In 2019, the blacklist, headed by Crespo from Polo Obrero, presented itself. His insistence is not supported by CGT or CTA, but in the last union elections he won by 73% of the votes and most recently got the support of the secretary of truck drivers, Pablo Moiano.

The production struggle led to a sharp increase in the price of tires. With very little stock, tire shops impose a surcharge of up to 60% and more and more motorists are patching their tires or looking for used tires. “For wheels 17, 18 or 19, each cover can cost around 150,000 pesos, and even more,” a mechanic at Villa Crespo told Infobae and in another tire shop he specified that the Volkswagen Gol model Tires such as the ones known for the Fiat Cronos, Honda Hilux and Nissan Frontier, are “none, it’s very hard to get” and imported covers cost around 100,000 pesos. 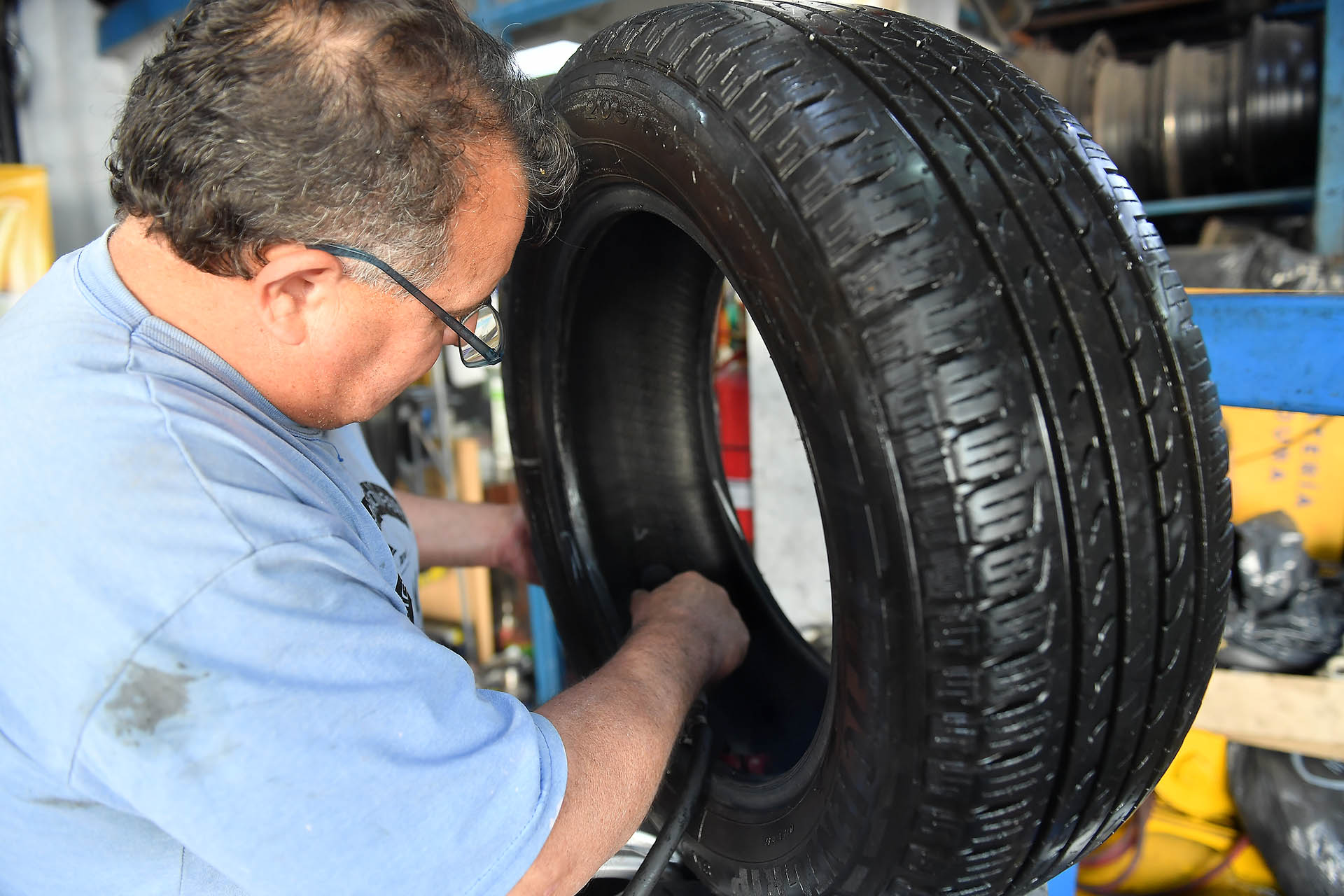 Faced with the rising cost of tyres, some choose to patch them rather than replace them Credit: Maximiliano Luna

In this context, furthermore, the Secretary of the Economy, Customs, AFIP and Commerce, investigated the “abuse of precautionary measures” and “overstocking” in the import of tires to exploit the difference between the official dollar and the fiscal dollar. does. They allege “unfair competition” and possible violations of Law 25,156 on the Defense of Competition, 19,549 on Administrative Procedures, and DNU 274/19 on Commercial Loyalty.

“We have initiated a case in federal justice for the abuse of an injunction in the tire sector. And note what a coincidence: the sector has been in trade union conflict for five months,” de Mendiguren said yesterday, without providing any information or data that supports importers managing tire unions.

“We have initiated a case in federal justice for the abuse of an injunction in the tire sector. And look what a coincidence: this region has been in trade union struggle for five months” (Jose Ignacio de Mendigueren, Secretary of Industry and Product Development)

“There is a conflict that is at least questionable. While the precautionary people gave the festival of imports,” said de Mendigueren, who specified that the economy “works hard” to know “what is real and he has called for precautionary imports.” which were not required for production” and expected that next Friday, the ministry would complete an “audit of SIMI” (for processes through the “Integral Import Monitoring System”) to give them “traceability”. shall, if there are no two processes for the same good and, as an advantage to the importer, give him certainty about the payment date.

In addition, Customs, AFIP and the Federal Police stopped several acts of tire smuggling in different parts of the country, mainly in Misiones, where they would enter from Paraguay at a third of the local price. Nevertheless, a recent article in Posadas’s El Territorio newspaper warned that there is a shortage of tires in the capital of Mijnas, as only 10% of ordered goods reach businesses in the sector. Motorists – article says – “look for alternatives to Chinese tires smuggled from Paraguay”

“Qatar Dollar” Will Trade At Around $300 And Launch In A Week: Details Of The New Exchange Plan
Due to low fertilization, exports could be lost up to $4,600 million in 2023
Light blue and white mattress: how many dollars in cash does Argentina have and the number that is out of the system
Clothing Prices: Govt Seeks To Give Break Signal, But Already 10% Increase This Month