Scattered rain is forecast in Sinaloa this Monday 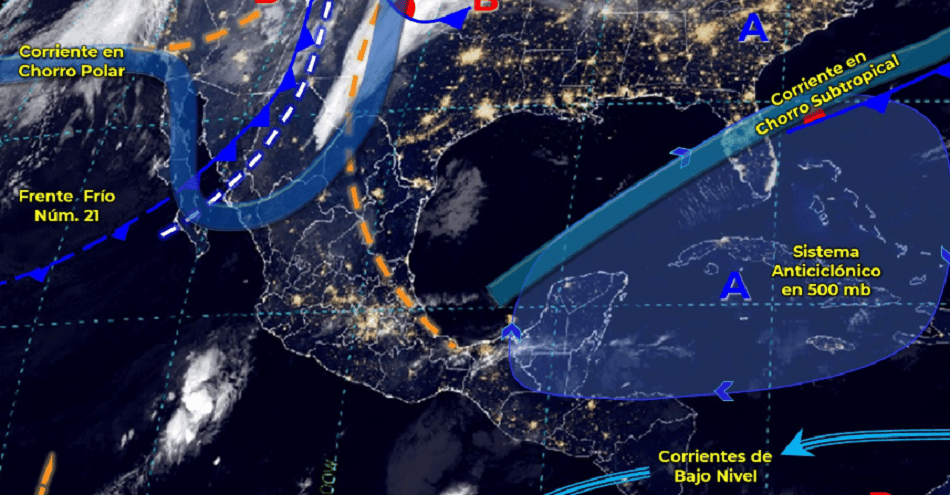 Isolated rainfall (0.1 to 5 mm) is expected for this Monday in areas of Sinaloa, where a drop in temperature is also expected, mainly in mountainous areas.

The National Weather Service reported that conditions would be favored by the subtropical jet stream with an influx of moist air from the Pacific Ocean and Gulf of Mexico, as well as humidity from the Caribbean Sea.

In addition, Cold Front No. 21, a polar trough and polar jet stream will cause heavy periodic rain in Sonora and showers in Baja California and Chihuahua, with possible sleet or snow in their mountainous regions, as well as strong gusts. Strong winds and cold to snowy morning conditions across the northwestern and northern states of the Mexican territory.

Similarly, a low pressure channel that will be located northeast of the country this afternoon will produce gusts of strong winds in Nuevo León and San Luis Potosi.

For its part, the flow of moist air from the Pacific Ocean and the Gulf of Mexico, favored by the subtropical jet stream, as well as the flow of moisture from the Caribbean Sea, will likely cause rain in Nayarit, Jalisco and Chiapas. , and different showers. In the entities of Baja California Sur, Durango, San Luis Potosí, Colima, Michoacán and the Central Table, areas of the Valley of Mexico as well as in the southeast of the Republic and Yucatan, and the southern component winds (Surda) along the coasts of Veracruz and Tamaulipas But.