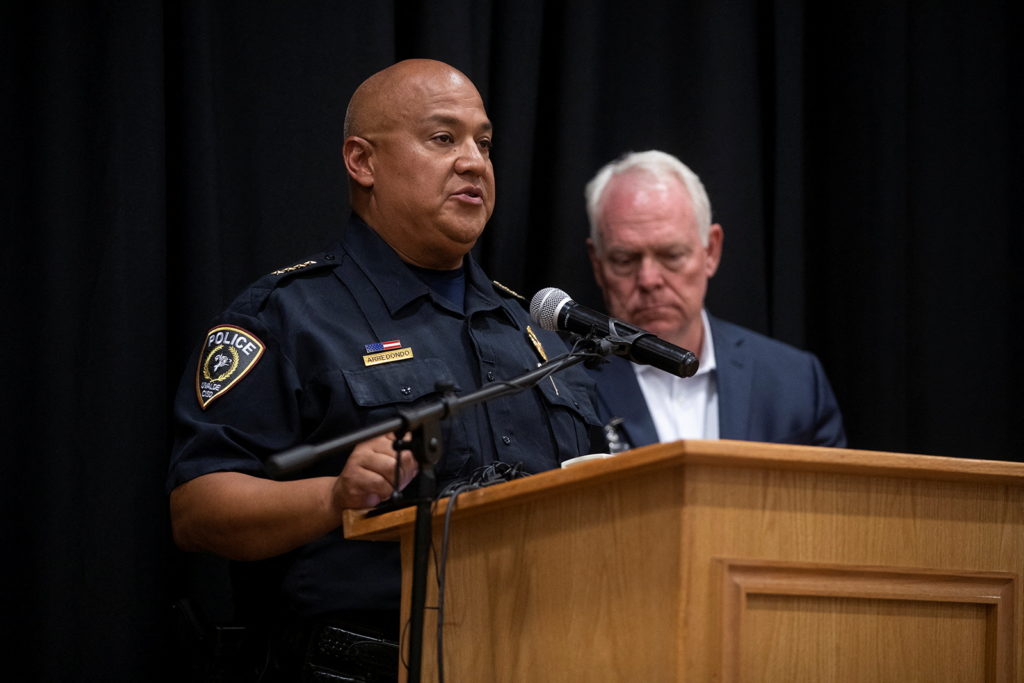 Uvalde Unified Independent School District superintendent Hal Harrell said he placed school police chief Pete Arredondo on administrative leave because the facts of what happened remain unclear. In his statement, Harrell did not address Arredondo’s actions as on-site commander during the attack, but said he did not know when details of the numerous investigations into law enforcement response to the killings would be released.