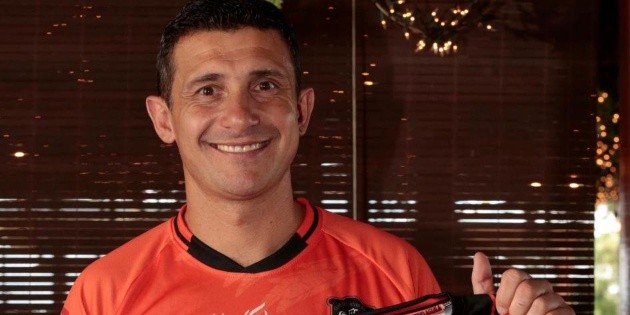 Sebastian Bini is officially in charge of directing Eagle in this tournament inauguration 2022 Where the Miguelino team will try to win the 17th crown in its history. It’s a big challenge for the 42-year-old Argentine strategist, who moved to El Salvador after directing in Guatemala, where he spent time with the Club Social y Deportivo Municipal and Coban Imperial teams.

,I’ve come to connect, to discuss how to place my grain of sand so that the eagle keeps growing, First try Crown No 17 which is the most important thing for the club at the moment“said Sebastian Bini in his first moments as Aguila’s coach.

Binny was excited about his new project and claimed that he was aware of the quality of his squad.

,I like that my teams are intense, that they go all out on the pitch to offerthat they try to impose an identity and it’s obvious that you have to adjust with the players out there but that’s not important, what interests me the most about this project is the institution and the other thing is the players Quality“, He added.

The Argentine strategist insisted, “I know the Eagle very well, I know what it is, the people are very supportive and for me it is a compliment that they have thought of me and so it is a It’s a big challenge.”

Sebastian Bini arrives at Aguila at a difficult time in his history. The Migueleno team was recently relegated from the top 2 of the most successful football teams after losing with Alianza in the so-called final to “17” in El Salvador.

“It’s a big challenge to have the Eagles again on the country’s list of titles, so I think I’m coming to the right club, this is a serious project and with the intention of achieving good things,” he said. Told .