Secret Place: The restaurant, behind closed doors, is booming in Rosario 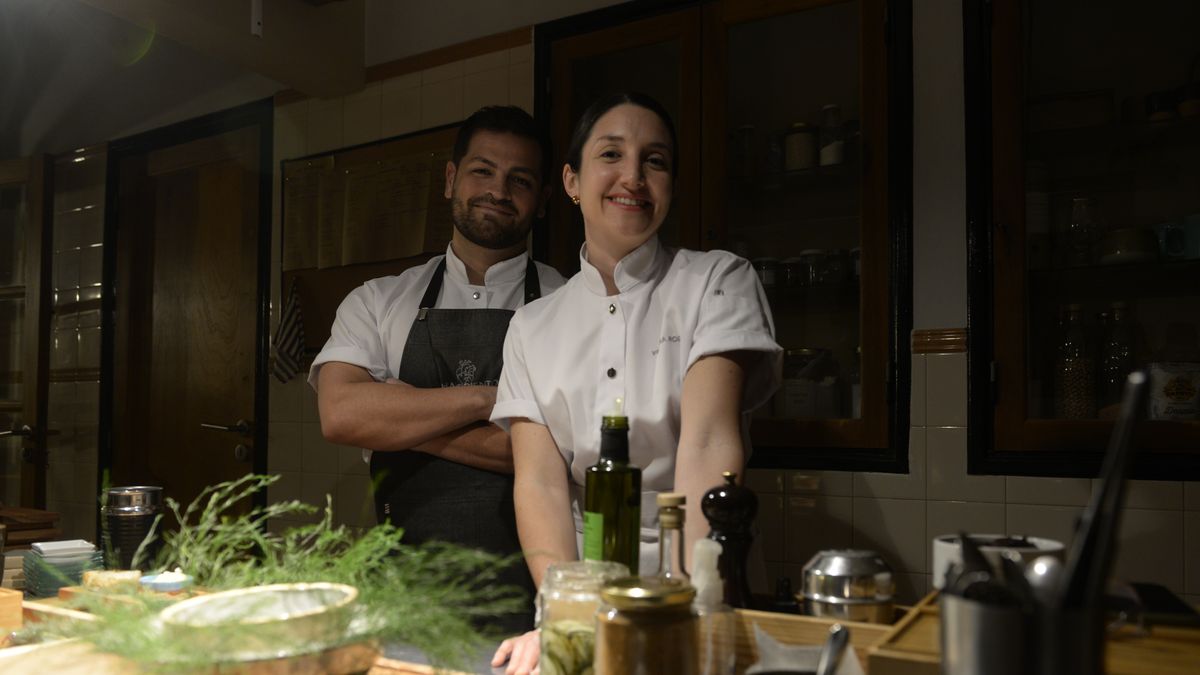 They were all the rage during the last decade in Buenos Aires, but only a handful until a few years ago in Rosario. After the pandemic, the infamous presence of many restaurants behind closed doors are back in fashion with offers that combine intimacy and exclusivity with a gourmet side. The high investment cost of formal gastronomy pushed many chefs to seek this option, which requires less investment in terms of money, but more investment due to the impossibility of being visible on the street for customers. They work by word of mouth and network only.

Although there is a wide variety of styles, the common denominator is that they are restaurants that are accessible only by reservation (this is done via Instagram or WhatsApp), with less capacity and in private spaces, where Surprise and secrecy play an important role, as the address appears on the last day., It is usually haute cuisine with a menu and several stages with a fixed cost. With some tables, one of the most obvious features is the private atmosphere for couples, but also for friends or family, either celebrating a special occasion, or looking for a different culinary experience. What prevails is the craving of customers who want to eat well and have a good time without rushing.

Attention is personal, and the same owners cook and pass by the table to talk and explain what’s on offer., Most have years of experience working in the formal sector, and have decided to become independent. The tables are not rotated, and there is only one shift, so people are not waiting. Unlike traditional gastronomic venues, the menu is not repeated, and has the biggest difference: in these places, customers return to eat what they like, Goes to those behind closed doors in search of an experience that’s more than what’s on the plate, prices? They are no less, but for all pockets.

hungry kitchen He was born in the midst of a pandemic. Gustavo and Virginia, a young couple who worked for years in Rosario and abroad, cook and serve food. He’s a pastry chef and he’s a chef. They offer a menu of several stages, over four hours, with some stretches that allow you to get to the end and include Aperitifs, snacks, three savory dishes and three sweet treats, all paired with wines from the small winery. Finally, there’s the specialty coffee and chocolate., A single blind menu with prior explanation for allergies, celiac disease or vegetarianism is paid for. The chefs interpret each dish themselves, at tables of four to no more than 12 people, and take great care of the aesthetics of the food and environment. Although they have a fixed point, they are also traveling and Every time they change locations: wineries, art galleries, old houses, a furniture workshop and even a decor house, Gustavo says, “Our proposal is not a restaurant, but people come to our house to eat food. Hence the concept of closed doors, a private atmosphere.” The idea, in November 2020, was to do it for a month or two and return to Spain. But the result was so great that they decided to stop and continue. It may take two months to get the reservation. “People want to go out looking for an experience that involves so much more than just food. Luckily I think we got that,” he said.

low level It is central to it and was born about four years ago out of a personal idea between two chefs, Francisco and Alejo, both with over 20 years in business and the idea of ​​providing a plan to excel in atmosphere, cuisine and service. , “Make our guests feel a unique experience, where the minimum and essential thing is to eat well”, he says. The 7-step menu plays with different flavors, textures, and dishes, rising and falling in intensity when it comes to tasting. 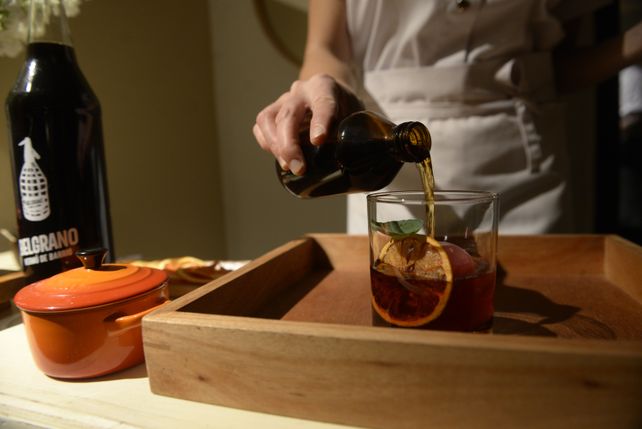 “We chose this option because we can serve something covered, where we really cook with passion and we know we can give one hundred percent of our knowledge. It’s something different, secret, hidden, where you don’t know what you’re going to find as soon as you enter, and the wonder is spectacular.“, defines Francisco. The goal is to grow in all aspects to try to become a well-known restaurant in the city and across the country. “We are chefs and we really do it as if you were having friends at home , but with soaring high”, he explains.

gluttony club It works in a house in the Ebasto neighborhood and is the project of Sofia, who is 33 years old and has been working in the area since she was 17. Tired of the hardships of gastronomic life, she began with a travel project, where food was combined with music in vinyl, visual artists and DJs in private homes. It started on a terrace with an art exhibition, and the public was fascinated by the food and underground offering, so they decided to move them to a certain location and convert their home into a restaurant. She dismantled the living room and her bedroom, and set up tables and chairs, creating a cozy atmosphere with furniture that her family no longer used. He collected and opened tables, chairs and dishes from his grandmothers.

“Our food is genuine, honest and simple, and Taste has become synonymous with art and poetry, so that every diner who passes by has a pleasant experience; Our aim is to invite them for a dramatic scene, We mix the idea that poetry can become something everyday, like the simple act of nurturing oneself”, he details. For Sophia, it was a way out of the nightmare of low pay, overtime hours and abuse, What he had in his experience was normal.” I decided to try to start betting on this profession and resign it, because In this area, being a woman, there is a lot of abuse from bosses and bosses, They treat you unnecessarily, they devalue you, there is a lot of psychological harassment and machinations. They were going through prolonged harassment and difficult circumstances,” he revealed.

in restohome by echesortu. The idea came between the three brothers after the epidemic, It has a capacity of 24 people, and has four different environments with and without an open kitchen. The menu is published on the network and changes every 15 days. It includes an appetizer, starter, main course and dessert, which includes water and soda and costs the same. They are open from Tuesday to Saturday, from 20 to 24.

Diego returned from Spain 9 years ago and was the head chef of various restaurants, Tired of this routine, he proposes to his brothers Rocio and Martin, who run a salon, to use a family home, to make a different proposal. “I wanted to invite people to feel like home. It’s the way that was within my reach, something small that I could handle. I love to cook, but when you have 180 cutlery, the fun is gone, By having fewer people, it lets you be more attentive.”

Secret is located Fisherton, Y. In Although the menu is of stages, it is not gourmet: it specializes in grilled meats.There are veggie options though. The atmosphere is warm, almost country, and the attention is favored by the owners themselves, Gonzalo and Soledad, which was the Frida Kahlo bar at the center until the outbreak of COVID. In summer it takes place in an open-air courtyard next to a pool, and in winter it moves to a covered gallery with a fireplace by candlelight. “It’s not a restaurant, it has to do with entertaining 16 friends who come to spend a moment at home. We enjoy green, fire and nature, It’s so easy,” says the woman.

After living for a year in Mexico, where he also majored in gastronomy, learning how to serve after the pandemic and the new needs of customers, he set off on this new experience. ,People come to get away from the noise and join in to enjoy it, Although we are not chefs, it is related to the pop up offer, which means move on. Probably next year we will continue to grow, and wherever we go, it will survive,” he deepens.

in 2019 Capital they a report on the same subject, Of those reviewed at that time, only survived bistro blockin Echesortu, but it is no longer behind closed doors. Opened after 11 years, over time it became a consolidated restaurant with authority, which is handled by reservation only. The address (Cordova 3980) is public and can be viewed on their network, but the spirit and format remain exclusive. “Gourmet Still Life” food, as chef Martin Orrell calls it, is a difference proposition. You There’s an underground cellar with boutique labels worth knowing,

Budapez It was opened 7 years ago due to the concern of Ariel Figliolo, who had a craft brewery, but when the beer fever struck he decided to open a restaurant in his house, “so that they could serve me according to my tastes.” do”, and it’s designed for a few people, no more than 24 people. Also in the Abasto neighborhood, and under the slogan “Feel at home”, Today it is closed and he became a nomad at different events, but he returned to his ancestral home in January, “We know the names of whoever goes, and we have made many friends,” he says. People sit and stay as long as they want, no one will disturb them.” And that is the heart of all these proposals.