She is Spanish and lives only three months in Miami because of little difference with her country: “It didn’t turn out as expected”. 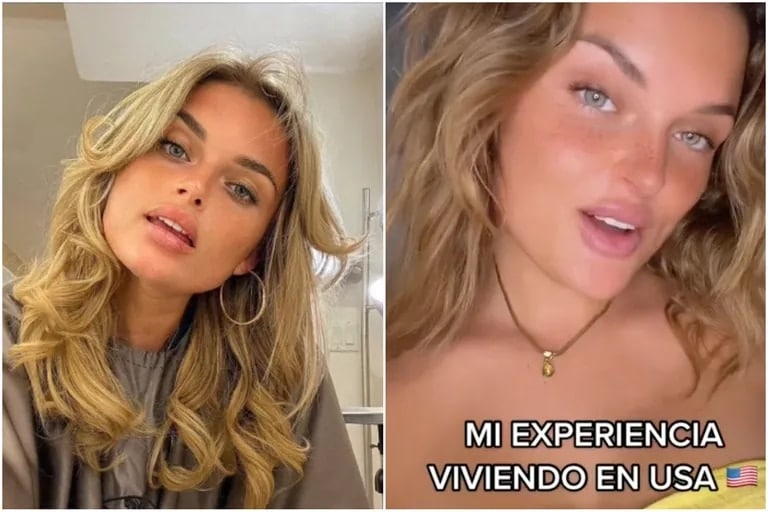 The American dream doesn’t mean the same thing to everyone. On the one hand there are those who are happy in the United States, while on the other there are those who regret leaving their country of origin. This is what happened with a Spanish Tiktoker Tatiana Kicil She moved to Miami to become a model and live in the greatest possible luxury. Their stay did not go in the best way. After three months of trying, he returned to his hometown with a clear idea of ​​what it was like to live in the United States.

The content creator wanted to give a lesson to his followers about the concept of the North American country. He told his experience through his Tiktok channel (@tatianakisiel): “It was going to be permanent, but it did not turn out as expected … I tell you that 90% of Spaniards who go to live in the United States return or are about to return think,” he said.

Clearly, The way of life on American soil did not quite live up to their expectations, Her plan was to work as a model, buy “a lot” of clothes from famous brands, and live the long-awaited American dream. However, as time went on, he realized he didn’t really need any of the fads he once wanted. ,I learned in Miami that money doesn’t make me happy“, He mentioned.

Tatiana described herself as overwhelmed because she believed that the country’s residents “live to work”, the opposite of what happens in her country.: “Here in Spain we work to live and enjoy to the fullest. Besides, they spend everything showing off”, he highlighted.

The young woman also revealed that sometimes people rent sports cars just to show that they have high purchasing power, a situation that made her look at things differently.

Slowly, His excessive concern for appearances led to his loss of interest in Miami. And even for the activities that I so dreamed of: “(I thought) I’m in the most expensive nightclub in Miami and I’m not having a good time, This is when you realize the amazing quality of life we ​​have in Spain”, he insisted.

Thus, three months was enough for him to return home with a clear idea of ​​what he really wanted for his future. ,Seeing yourself surrounded by people who had everything materially and were unfortunate(because) I had to abuse substances to be able to have a little fun, it was so sad”, added the Spanish.

content creator He ended his clip with a very clear lesson he wanted to leave on to all his followers, First of all, she recommended that they live it from their own experience and not be influenced by anyone’s opinion, including her own. He also urged them to appreciate what they have in their home countries before considering whether or not to immigrate to America.

,The funny thing about plans is who you do them with and not the money you spend on them. It’s much more important how your life feels than how it looks on social networks,” he concluded.

‘Like every other day’: 10 lives lost in store trip