“She Was a Dirty Liar”: Feminism’s Scandalous Arguments 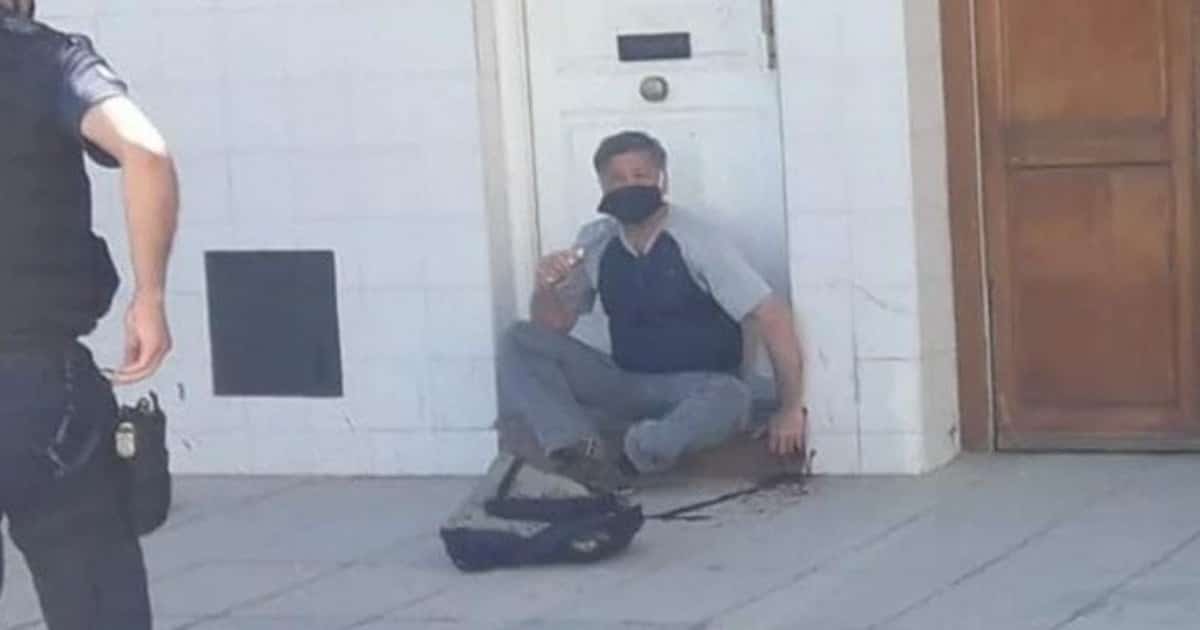 Miguel Angel Asencio (65) killed his ex, Daniela Velazco (53), when she entered a school in Comodoro Rivadavia to teach. He gave him life.

,She was a dirty woman and used to lie. I didn’t deserve to live in this world“. The scandalous phrase was written by Miguel Angel Asencio (65) in a letter addressed to the judge after he killed his former partner, Claudia Daniela Velazco (53), after she entered a school to teach the language Was.

The brutal murder took place on November 5, 2021 in the city of Chubut, Comodoro Rivadavia. Now, in an oral and public trial, Asensio was sentenced to life imprisonment.

During the second hearing the man declared only once: “I am guilty of what I did, I want to pay for that and I don’t deserve to live, That’s all”.

Teacher and broadcaster Daniela Velazco (53) was murdered in Comodoro Rivadavia.

Asensio and Velazco had a relationship of only five months, which ended on the decision of the woman, who was also an announcer. But feminism never accepted it. And for this he decided to kill her. before, he used to torture her constantly With calls and messages.

During the final hearing – which Asensio did not attend – it was revealed that he would only be able to request some parole benefits after serving 25 years of his sentence.

Among those present were Daniela’s two daughters, who cried and hugged each other when the sentence was announced by the court.

Asencio during a trial hearing.

The prosecution requested that the defendant be declared criminally liable for culpable homicide by bond and for mediating gender violence (feminicide).

For their part, the defense questioned the plight of feminism. The court that sentenced him were judges Martin Montenovo, Mariano Nicosia and Ariel Tedesco.

who was the victim

Claudia Daniela Velazco had two daughters, was an announcer (she worked at a radio station) and a teacher at School 766. In addition, he studied at the Vocational Training Institute 802. He studied social communication at the National University of Patagonia San Juan. Bosco.

Teacher and broadcaster Daniela Velazco (53) was murdered in Comodoro Rivadavia.

Following the murder, which shocked the city of Comodoro Rivadavia, several marches were held to demand justice. They were numerous.

The victim was known and appreciated for her many social and work activities.

The crime, planned and executed by Asensio, took place on November 5 last year at around 2:30 p.m.

The two daughters of the victim hug after Asensio was sentenced to life imprisonment.

Daniela Perito Moreno was about to start working at the school, where she taught language classes. At the door of the establishment, his former partner approached him.

The feminist carried a knife with a blade of about 30 cm, one of them known as “phyleros”, because they are used in fishing. they gave velazco four stab wounds and killed him immediately.

A man who was passing by and a transit agent witnessed the whole incident and chased Asensio, who was sitting at the entrance of a house and threatening to commit suicide with the same knife, which was still stained with Daniela’s blood. Was stained

A posting on Facebook by one of Daniela Velazco’s daughters.

He later gave up and was arrested by police officers who arrived at the scene. It was here that he told agents that his bag contained “a letter addressed to the judge” in which he explained the reasons for his decision.

The letter was given to the court but was not allowed to be read publicly. Only the official defense and prosecution had access, although few details about its contents were released.

One of the first witnesses to testify was an assistant officer of the first section, who on the day of the incident quickly reached the spot where Asensio was, who was sitting on the floor and supporting “a big knife on his neck”. , according to which he said.

They added: ‘He was beside himself, he was screaming’he deserves it‘ and threatened to take his own life.” It was at this moment that the man spoke about the letter for the first time and said that he had “planned everything.” Ascencio shouted: “I killed a man who didn’t deserve to live in this world,

The killer was alone in Comodoro Rivadavia. No family member ever showed up nor wanted to call anyone. He always lived in this Chubut city, but he was born in Rio Negro. Justice was never clear on where he worked, although the knife with which he killed Daniela may have had some fishing-related activity.

Regarding the letter, the then prosecutor in the case, Camilla Banfee, said: “He writes a letter to the judge at the time when he has to attend the instance he describes after the fact. It is terrible that We’re talking about something like that.”

And he explained: “We have an indictment system where the detainee can only express his will before the judge. When he is arrested and he says he has a letter in his bag, the police take it and preserves it as kidnapping.” Not that it cannot be used as evidence nor that its contents can be taken into account in the Police Act of the moment. It will cancel any process we want to do”.

Although only a few paragraphs were known, the femicide letter clearly revealed that the man was prepared to kill. And he did just that.

In Argentina, there has been an average of one female homicide every 30 hours over the past ten years. According to the latest report from the Women’s Office of the National Supreme Court of Justice, there were 287 deaths during 2020: 251 direct femicide and 36 related femicide. Most murders take place in the victims’ homes and are committed by partners or exes. If you have questions or an emergency, call 144.

Take care of women in situations of violence.

Focus on victims of family violence.

World 100 champion Coleman back in motion after suspension

Crews in the West ready for explosive fire surge