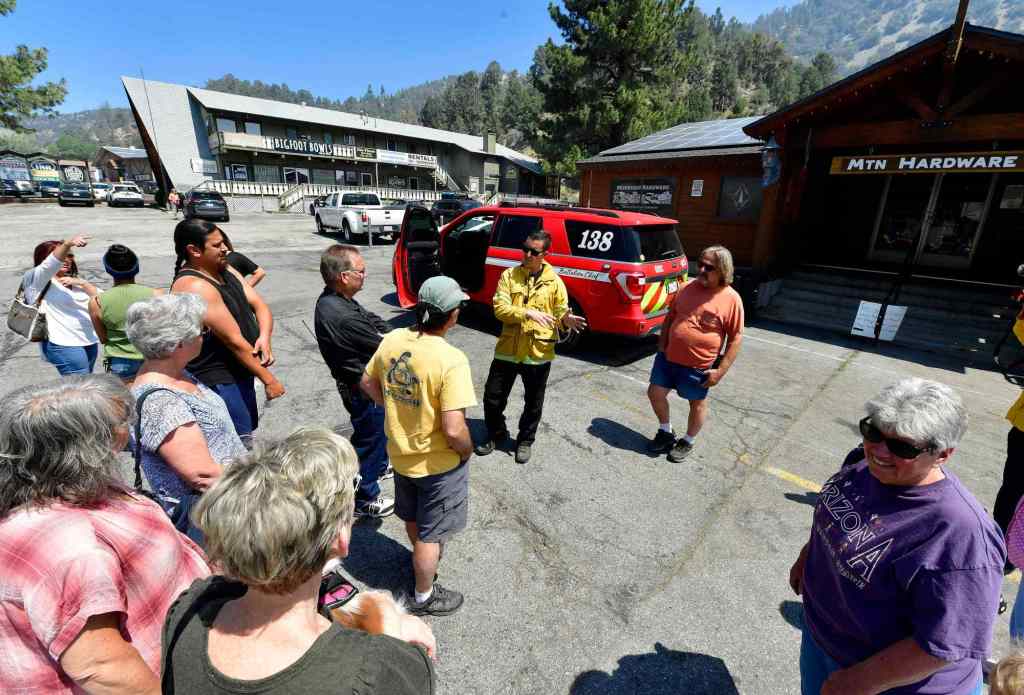 Officials said the burning sheep fire north of Wrightwood remained on 990 acres, but by Tuesday morning, June 14, 35% were contained.

“The fire has a single footprint and isn’t really growing, which is great,” said battalion chief Mike McClintock of the San Bernardino County Fire Department.

He said firefighters continue to work on mop-ups and line construction. He said favorable winds and cool temperatures are helping in their endeavours.

The sheep fire that started Saturday night in Angels National Forest evacuated 300 people on Sunday after it escalated to windy conditions. The fire did not damage any structures. The cause of the fire is being investigated.

A fire is burning in the woods and on private land near Wrightwood.

Due to the high pressure system, strong wind is not expected on Tuesday, which will make the weather dry and hot.

“We will see light winds today and tomorrow,” National Weather Service meteorologist Adam Roger said. Wrightwood should see a high of 78 on Tuesday, then temperatures will reach the upper 80 on Wednesday and Thursday, he said.

But the winds will start to intensify on Thursday, Roger said. Winds can go up to 20 or 30 mph.

Residents are asked to call San Bernardino County Animal Care and Control in advance at 800-472-5609 for the evacuation of all animals.

Devore Animal Shelter at 19777 Shelter Way in San Bernardino houses small animals, while shelter for larger animals and livestock is available in Victorville at the San Bernardino County Fairgrounds at 14800 7th St.

Angels GM Perry Minassian looking for answers to poor pitching, injuries as he plans for 2022