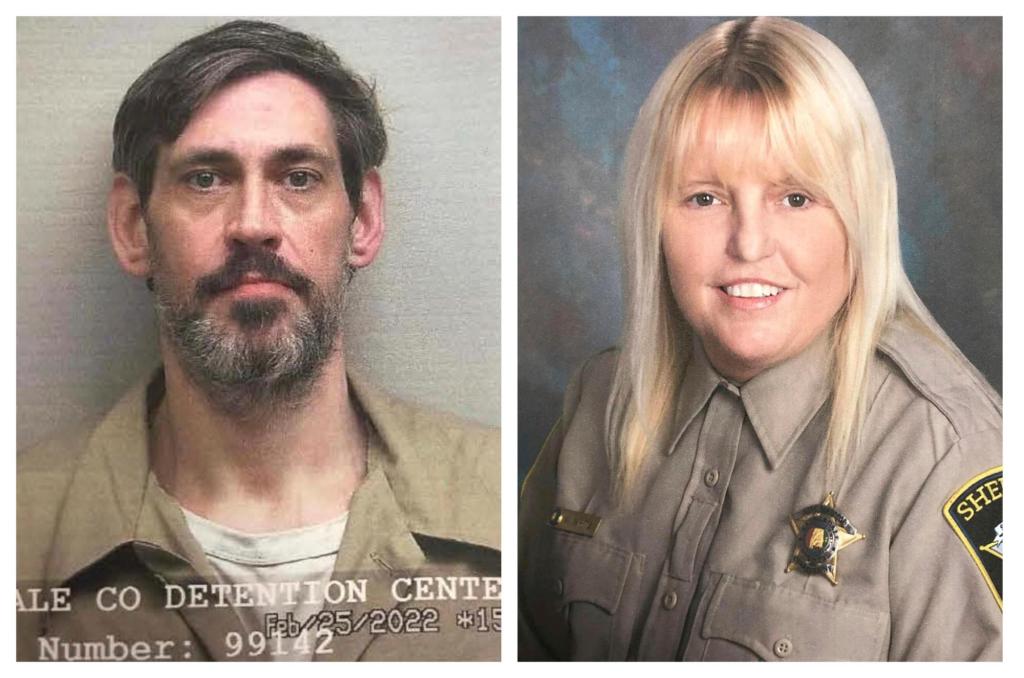 Escape inmate Casey White and former prison officer Vicky White were taken into custody Monday in Indiana, according to an Alabama sheriff.

Lauderdale County Sheriff Rick Singleton said the two fugitives were caught after a chase with a US marshal near Evansville, Indiana. The sheriff said the marshal was chasing a pickup driven by Casey White when the truck was damaged and he surrendered. Vicky White was taken to the hospital.

“Kacey White and Vicky White are in custody,” Singleton said. “It’s ended a very long and stressful and challenging week and a half. It ended the way we knew it would be. They are in custody.”

Both were the target of a nationwide search since April 29, when Vicky White, assistant director of corrections for prisons in Lauderdale County, helped engineer the escape of Casey White, who was awaiting trial in a capital murder case. Vicky White had told coworkers that she was taking the prisoner from prison to the courthouse for a mental health evaluation, but the two fled the area instead.

Marshall Service said the truck was found Monday in Evansville, Indiana, after a US marshal received a tip on Sunday that a 2006 Ford F-150 pickup had been seen at a car wash in the city. Officials said surveillance photos showed a man, who resembled Casey White, exiting the vehicle at the car wash.

Investigators believe the pickup truck was stolen in Tennessee and then drove about 175 miles into Evansville, a law enforcement officer told the Associated Press. Officials could not discuss the details of the investigation publicly and spoke to the Associated Press on condition of anonymity.

The Marshall Service said federal and local law enforcement officials also learned that Casey White had threatened to kill his ex-girlfriend and her sister in 2015, saying “he wanted the police to kill him.” Investigators said they are in touch with him about the threats and are taking measures to ensure his safety.

Investors hung their hat on Peloton and Zoom last year. Now what?

The White House says its plans will reduce inflation. The main question is when?