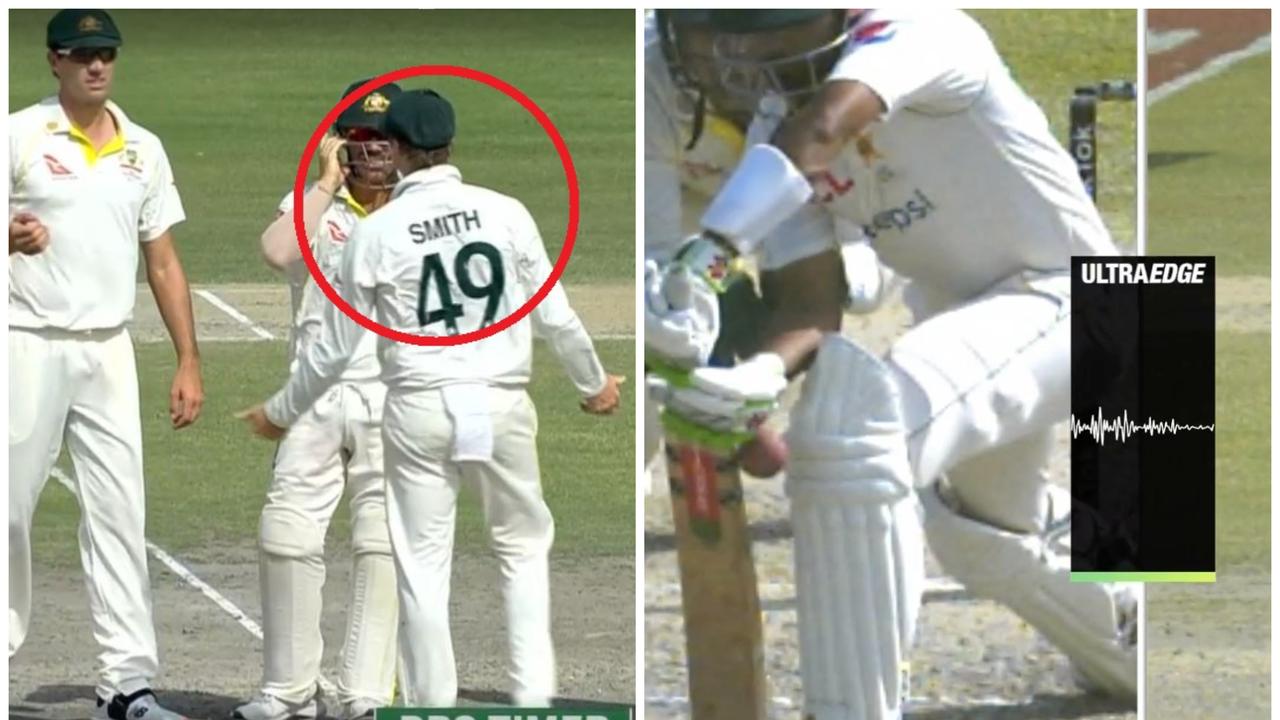 Steve Smith shook his head after a request to revise the stump catch went unheeded as Australia defeated Pakistan on Friday.

Prior to the Ashes series, there was a lot of controversy and discussion about what the Australian captain’s setup would look like with Pat Cummins and Smith on the field.

Overall, it was clear that Cummins would be in charge, but Smith would be the vice-captain to fall back on if he needed to think about any decisions on the pitch.

Watch the Australian tour of Pakistan on Kayo. Every test, ODI and T20 live and on demand. New to Cayo? Try 14 days for free now >

One such test moment came on Friday when the game was delicately balanced after Cummins hit twice, leaving Australia only needing five wickets to seal the win.

Smith made an impressive catch over the stumps, apparently convinced he had fired Babar Azam from Nathan Lyon’s bowling alley.

In fact, the entire Australian team filed an appeal, but the referee did not budge, leaving Cummins to decide whether to use the side’s final DRS challenge.

The Australian captain chose not to, despite Smith’s enthusiastic pleas, leaving the second captain visibly disappointed and rightly so, as replays later showed.

“They have another tip. Is it worth doing it for Babar Azam, probably worth it,” Rob Key said in a comment.

“Steve Smith looked like he thought they really should have done it, for a second it looked like a little spit. The toys may have just fallen out of the stroller.

“Everyone got up. If they revised it, they would have received the captain of Pakistan, ”Uruj Mumtaz added.

Snicko showed a slight splash as the ball went past Babar’s glove, though Key didn’t want to criticize Cummins too much.

“I think maybe he just caught on the glove. It was Steve Smith. He desperately needed them to consider it,” Key said.

“I think Steve Smith would be right. You can see why Pat Cummins [did not review it]. It’s not an easy job.”

Luckily for Cummins, Babar was later sacked as Australia took the win.

While Cummins may have miscalculated this call, at least it was clear proof that he was willing to call Smith back and be his own captain.

Smith spoke to Fox Cricket during the Ashes series on captaincy dynamics, claiming that Cummins would be the one to make all the last calls.

“We talked. Patty makes decisions, but we talk and communicate,” Smith said at the time.

“I give a point of view and he makes a decision. “There’s enough communication there.”