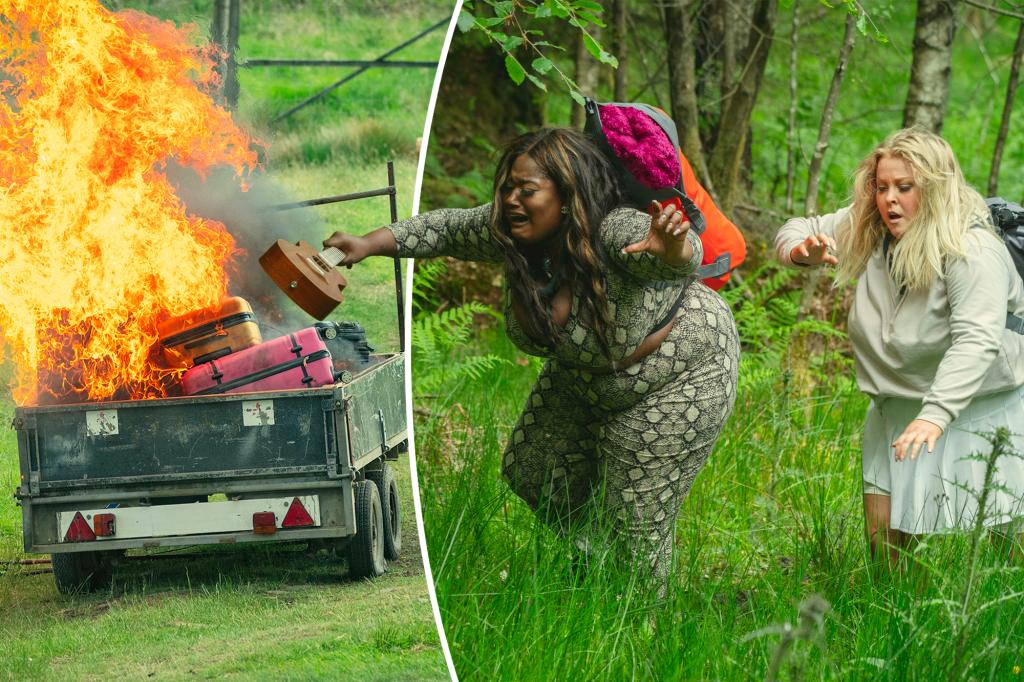 This summer, get ready for the snowflakes to melt.

The new Netflix reality show Snowflake Mountain follows a group of frail, immature 20-year-olds who party, can’t keep a job, and still live with their parents. These “snowflakes”, defined by the show as “overly emotional, easily offended and dramatic” young adults, are sent into the desert to push them into adulthood. The show will premiere on Wednesday, June 22nd and end with an outstanding cast of $50,000.

“I am very dramatic. People say “Why do you always have to be on [Level] ten? But I don’t feel spoiled,” contestant Deandra Joseph, 24, told The Post.

“But for other people, I understand why they say that,” said the Brooklyn-based makeup artist, who lives with her parents and can’t keep her job. “I feel like I work hard on my case. But I understand the term [snowflake]”.

In the series, Deandra is joined by a group of equally unfortunate zoomers, including 26-year-old Solomon, who is “employed”—in other words funded by his wealthy parents—and spends $500 a week on grooming. There’s also Randy, 23, a pro wrestling wannabe who lives off his family’s money and laments on the show, “I hate walking. I try to avoid it at all costs. I don’t even know if I’ve climbed the hill before.”

Before the competition began, the snowflakes were told they were heading to a luxury resort for an all-expenses-paying party with other like-minded 20-year-olds. Instead, when they arrived in England’s Lake District, they found out that they were actually going to have a hard life in the wilderness.

“They fooled me!” Deandra said.

“When I got out of the van and saw that I was in the mountains, I could cry. And then we had to choose a limited number of things to take with us – I had four suitcases and I had to choose one. i was so sad [without] my makeup. I could be naked and I’d be fine, but… . . I’m just proud to look a certain way. I know most people think, “Girl, it doesn’t matter.” But as long as my nose is contoured, I’m fine.”

Her turning point in the series? Wake up with a creepy buddy

“They kept me in a small tent and I woke up with a spider on my face,” Deandra said. “I still have PTSD, I still cry. To my face? It’s so rough.”

The snowflakes go through various challenges, such as swimming to the middle of a frozen lake to get food from a floating raft. They are commanded by Joel Graves, a former naval officer, and Matt Tate, a former army combat engineer.

“I thought they were super mean,” Deandra said. “I struggle with listening to authority — that’s been my whole life. I’m not a fan of the rules. If someone tells me not to do something, I will deliberately do it and then take a picture.”

Devon Smith, a New York City vegan party girl who loves to look at herself in the mirror and fails college, was also shocked by the show’s true premise.

“I was like, ‘Oh my God, this is going to be the new Jersey Shore,'” the 20-year-old told The Post about why she signed up. “I packed swimsuits, corsets, high heels and mini dresses. I wasn’t ready.”

Her turning point came when she was unable to complete the task of sawing a piece of plywood.

“I just sobbed uncontrollably for hours,” she said. “I cried all day and all night. I cried until I fell asleep that night. I was the only person who couldn’t do it, so I felt useless and stupid. The 1-inch piece of wood was my enemy on the show.”

Despite how hard the experience was, Devon and Deandra say they feel like it really helped them grow.

“It humiliated me, to be honest,” said Deandra. “It made me feel more prepared for any situation. You can shove me into the wilderness right now and I have you. Bring me some hay and twigs and we’ll have a fire!”

“It pushed me to become more mature,” Devon said. “I learned that it’s okay to make mistakes. Sometimes you just have to enjoy your failure.”