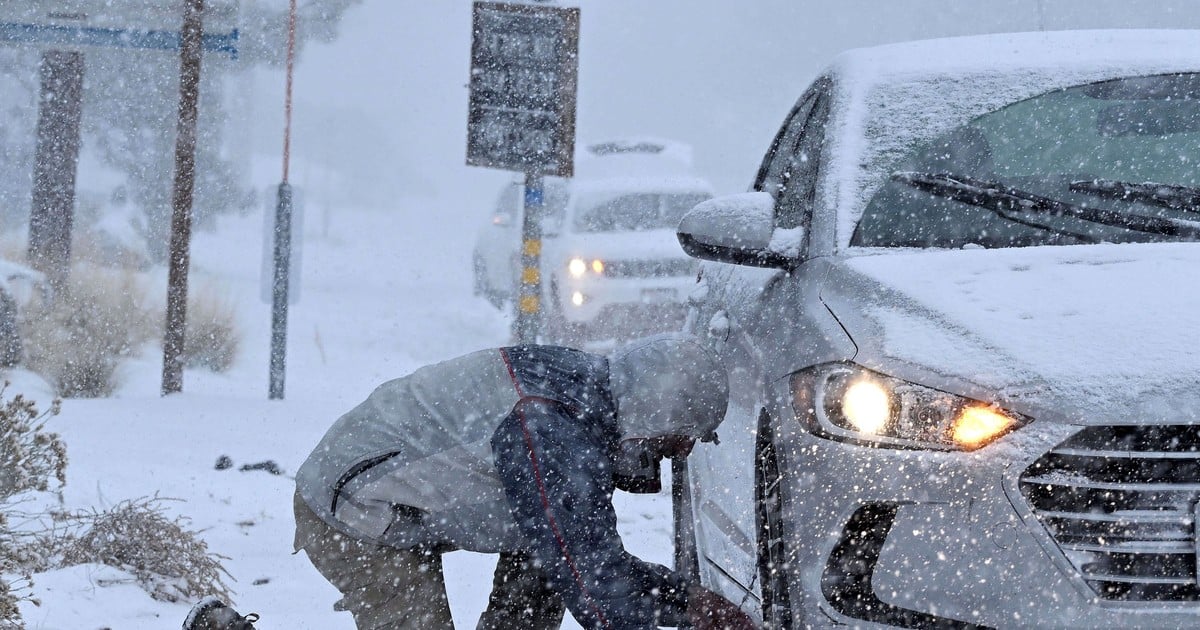 Millions of people in the center of the country will be affected by a huge storm that will bring up to 60cm of snow.

Preparing to face the middle United States violent winter storm Which will affect millions of people with heavy snowfall, freezing rain and floods.

The National Weather Service has warned that “Different Widespread Weather Hazards And this week with great impact in the heart of the nation.

Residents in areas from Idaho to Wisconsin and as far south as Louisiana have been warned to prepare for icy conditions in the north and flash flooding in the south.

The weather service has warned that snowfall could result in snowfall of up to 60 cm. Photo: Associated Press

Texas and northern Louisiana may be affected by Tuesday Heavy hail, winds and tornadoes, According to forecasters, the storm will continue to move from the southeast of the country towards Florida in the next few days.

“It’s going to be a busy week as this system moves across the country,” said Mark Chenard, National Weather Service meteorologist at the College Park, Maryland office.

Officials in western South Dakota asked residents to prepare for 6 inches or more of snow on Monday. “Put away your shovels, buy groceries and Make Sure You Have Other Necessary Supplies, The routes will be difficult to navigate,” he warned.

Areas stretching along the Frontal Range of the Rockies, from Montana south to Colorado, were under blizzard warnings on Monday.

Millions of people in the central United States are preparing for a “perfect storm”. Photo: Associated Press

The National Meteorological Service reported that the decline up to 24 inches of snow parts of western South Dakota and northwestern Nebraska.

Meanwhile, snow and hail were forecast for the Eastern Great Plains.

The weather conditions are part of the same system that dumped large amounts of snow in the Sierra Nevada over the weekend, while heavy rain fell on low-lying areas. flood alert Over a wide range of areas from California to Nevada.

The Heavenly Ski Resort in Lake Tahoe suspended some operations on Saturday when the storm hit.

The resort posted a video showing the ski lift chairs being violently thrashed in the air 161 kmph speedWith a tweet to remind people that turning off the air is “always for your safety”.

The Central Sierra Snow Laboratory on the University of California, Berkeley campus, Soda Springs, California, reported Sunday morning that they More than 110 cm of snow fell over a period of 48 hours.

With more than a week to go before winter sets in, this was the last storm to bring significant rain to California, which is grappling with the effects of years of drought that have prompted water conservation.

Last year, a powerful atmospheric river brought heavy amounts of rain to California in October and a wet stretch in December buried parts of the Sierra Nevada in snow. The state then experienced the months Driest January to April on record,