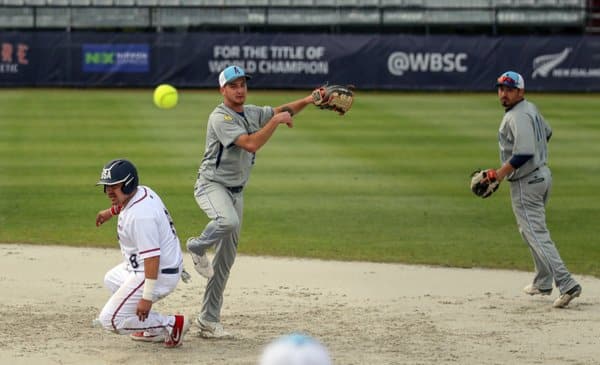 Besides regretting not being able to re-verify the awards and not completing the proposed objective with his team, Juan Cruz Zara of Bahia was honored as one of the best in the World Softball Championship held in New Zealand.

The player from our city was distinguished by the organization and included in the ideal team of the competition, considering him the best pitcher among all those selected; A consolation after the defeat of the national team.

Led by Julio Garmáci, who arrived as the defending champions, lost 2–0 against the United States the day before, in a legitimate game for third place.

Earlier, in the last meeting belonging to the “Super Round” (the final stage of the competition), the Albiseleste had also lost 2–0 to Casta Australia, losing the chance to play the final meeting and re-verify the title.

The Oceanic team was the eventual winner of the championship, defeating Canada in the final match, which had lost to the Argentine team the day before.

The end of the Argentine dream and a highly successful cycle for many members of this golden generation, which, among other things, won the Pan American Games in Lima that year, in addition to the highest achievement achieved at Prague 2019.

The future will tell. Whatever his next sporting fate, Bahia’s Juan Cruz Zara has achieved much more than he imagined, penning some golden pages for the Bahia Games.

How much money could the river lose if Libertadores doesn’t move in 2023?

Jason Momoa cuts his iconic hair for a charitable cause