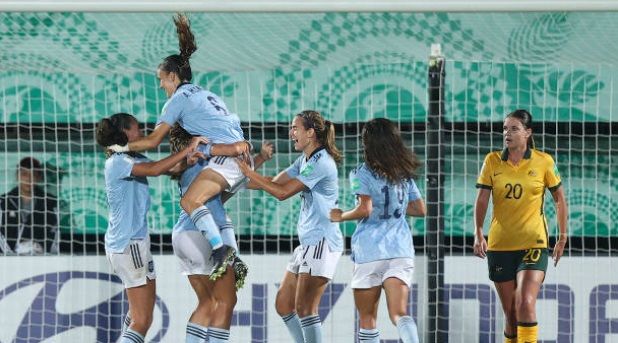 Spain and Brazil This Tuesday they qualified as first and second group A at the U20 World Cup in Costa Rica in 2022 and will play Mexico and Colombia respectively in the quarter-finals next Saturday. Spain confirmed their first place with 7 points thanks to 3-0 victory over Australiawith three striker goals Inma Gabarrowho thus becomes the World Cup scorer with 4 annotations.

After a hesitant start in which Australia could have taken the lead on the scoreboard, Spain turned the game around, took control and little by little created chances for Gabarro’s goal in the 19th, 24th and 61st minutes. 8 goals for and none against, beating Brazil, who added the same 7 points, but with 7 goals for and zero against.

Brazil closed the group stage 0-5 win over hosts Costa Rica, who said goodbye to the tournament with three defeats. The locals resisted the attacks of the Brazilians as much as they could and conceded only one goal in the first half, but eventually succumbed to the superiority of the opponent in the second period. Brazil’s goals were the work of Rafa Lewis at 27 and 53 minutes, Even Muldaner at 63 Aline at 75 and Milli in the 88th minute In the match against Costa Rica, three penalties were awarded, two of which were converted by Levis and Mileninha, and one was saved by the local goalkeeper Genesis Perez.