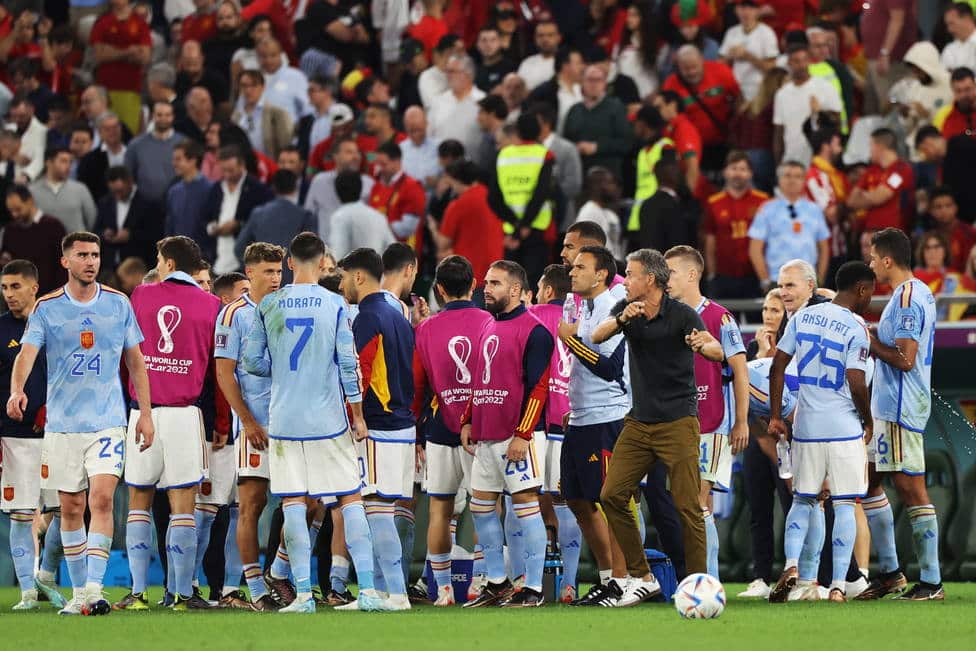 July 11, 2010. Spain climbed to the top of the podium Thanks to Andres Iniesta’s unforgettable goal in the 116th minute of the World Cup final against the Netherlands in South Africa.

since, Spain’s numbers at the World Cup leave a lot to be desired, After meeting in South Africa came the 2014 World Cup in Brazil.

Spain, seeded, was part of Group B along with the Netherlands, Chile and Australia. The team coached by Vicente del Bosque was mathematically eliminated from the competition after losing the first two games of the group stage, however they eventually won the last and managed to finish third in the group with 3 points.

In 2018 the World Cup came to Russia. A World Cup marked by a change of coach a few days after his debut, Julen Lopetegui signed for Real Madrid and was replaced by Fernando Hierro, who took over the reins of the team.

In that World Cup event, Spain started with a draw against Morocco (2-2), followed by a win against Iran (0-1) and we ended the group stage with a 3-3 loss against Portugal.

In the Round of 16 matchup we faced Russia, the hosts, which ended on penalties after a 1-1 draw.

And in this World Cup held in Qatar, Luis Enrique’s team started with a good win (7-0) against Costa Rica. The second game was against Germany (1–1) and the third match was a loss against Japan.

Spain lost in a penalty shootout against Morocco after failing to draw 0–0, ending the Spanish participation in Qatar.

Colorado weather: Where, when, and how much snow to expect with late winter storms?