Sporting Cristal vs Flamengo: result, summary and goals of the match for Copa Libertadores 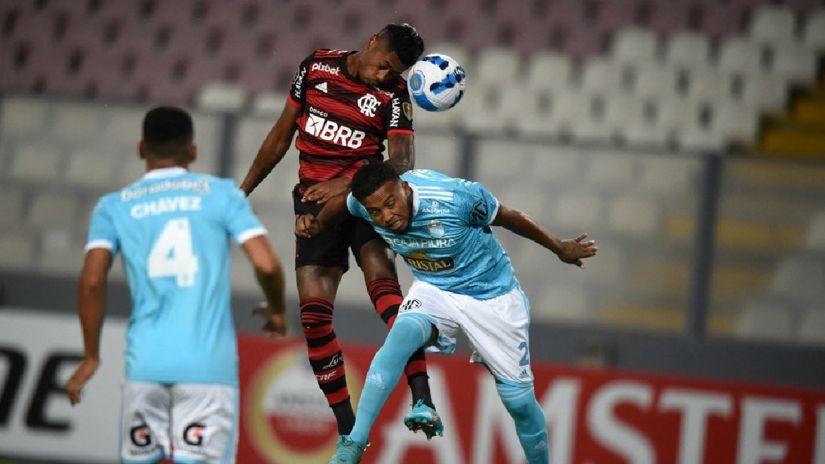 The match between Sporting Cristal and Flamengo was played without an audience because the Peruvian government had ordered a curfew throughout the day, to avoid excesses due to a strike by carriers, but the measure was lifted a few hours before the match in the National Stadium and Conmebol gave the go-ahead for the game.

Flamengo defeated Sporting Cristal from Peru on Tuesday as a visitor by 0-2 and started their journey strongly in the match of the first date of Group H of the Copa Libertadores, played at the National Stadium.

The current runner-up of the Libertadores added his first three points in the tournament with goals from Bruno Henrique and Matheuzinho to open Group H, while Cristal will have to wait for next week’s match against Universidad Católica de Chile.

Flamengo went on the attack from the first minute, but was met with a firm defense from Cristal that prompted the host to put up a fight.

However, Cristal’s strategy was not crowned by a goal despite attempts by Irven Ávila or Christofer Gonzáles.

In the following minutes, ‘Mengao’ comfortably deployed their main figures and Bruno Henrique was able to open the scoring in the 23rd minute with a shot from the left, after receiving a pass from Matheuzinho to the center of the area.

Flamengo’s goal changed the dynamics of the game and David Luiz insisted on widening the score, but Gabi was unable to finish off the light blue goal.

Andreas Pereira and Bruno Henrique fail in shots that go wide of Cristal’s goal and with that result they go to rest.

In the second half, Cristal lost a clear opportunity to equalize with a shot by Gianfranco Chávez, which was rejected by goalkeeper Hugo.

Flamengo didn’t slow down in the game either and both Gabi and Bruno Henrique finished off Alejandro Duarte’s goal without getting the second.

Sporting Cristal generated but could not beat Flamengo’s goal

In the last stretch of the match, Percy Liza and the Uruguayan Leandro Sosa exhaust their shots towards Hugo’s goal but are rejected.

Finally, Matheuzinho at 87 minutes sentenced the victory with a shot with the right to the left post, after receiving a deep pass from Lázaro.

On the second date, April 12, Flamengo will receive the Argentine Talleres Córdoba, while Sporting Cristal visits the Catholic University of Chile.

(With information from EFE)

Due to the social immobilization decreed by the Government of Peru, the match was initially suspended, but after the measure was lifted, Conmebol reported that the duel for the Copa Libertadores will be played anyway.

In its 37th participation, Sporting Cristal will debut in the Copa Libertadores against Flamengo, champion of the 2019 edition of the most important club tournament in South America.

The Rimense team is part of group H of the Copa Libertadores together with Flamengo (Brazil), Universidad Católica (Chile), Talleres (Argentina).

For this duel, Sporting Cristal arrives strengthened after beating San Martín 4-1, on the last Friday, in a contest with clear dominance of the sky-blue cast, current runner-up in Peruvian soccer, which is in sixth place.

Irven Ávila scored the 1-0 for Cristal and a few minutes later Gonzalo Verón put the parity on the scoreboard, although this was broken in the second half, when those led by coach Roberto Mosquera came out with their foot on the accelerator. They found the advantage through Jesús Castillo (56′) and Joao Grimaldo (50′ and 63′).

Unlike Sporting Cristal, Flamengo comes to this match with anger after losing the final of the Carioca Championship against Fluminense. The ‘Mengao’ will bring to Lima players like ‘Gabigol’, Filipe Luis and Bruno Henrique, but the Uruguayan Giorgian de Arrascaeta and the Chilean Mauricio Isla will be absent due to injury.

When and at what time does Sporting Cristal play vs Flamengo?

Sporting Cristal vs Flamengo will collide in a vibrant duel on Tuesday, April 5. The contest between both squads is agreed at 7:30 pm (Peruvian time) and will take place at the National Stadium.

Where and how to watch Sporting Cristal vs Flamengo LIVE?

The LIVE match will be broadcast on ESPN, Star +. Don’t miss any details on the RPP.pe website

Sporting Cristal vs Flamengo: schedules in the world