Spring flowers are in bloom at the Denver Botanic Garden. But these idols are a must see. 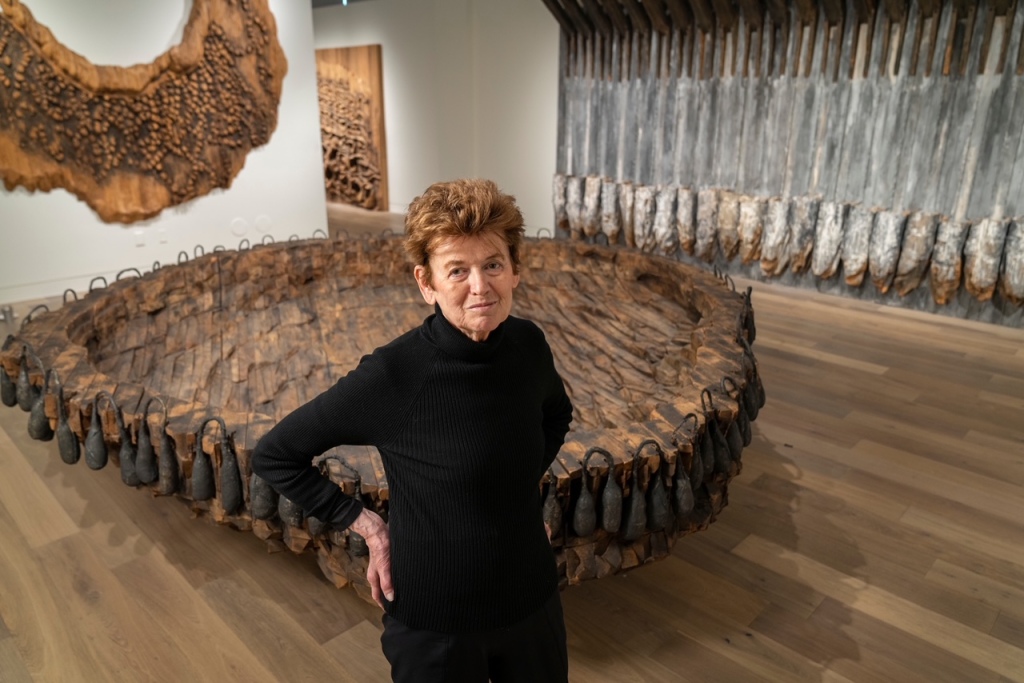 The Denver Botanic Garden is known for plants and flowers, but it is also known for its monumental, and wildly popular, art exhibitions in the summer. It’s hard to think of any event—and I mean the last 30 years of Denver visual arts—that drew more visitors than DBG’s display of Dale Chihuly Glass scattered across the grounds back in 2014. This show was legend.

But this season, the garden is bucking its ambitions, abandoning a spectacular, crowd-friendly display of objects sprawled about its tulips and tall grass and replete with a show of wooden sculptures by artist Ursula von Ridingsward. Pouring energy into indoor galleries.

In some ways this is disappointing. The outdoor shows have given a new dimension to the garden that Denverites have become so familiar with over the years, and they were a great way for DBG to make summer a little more exciting for the residents here. The ambitious exhibitions of works by Henry Moore, Deborah Butterfield and Alexander Calder were not only memorable, but they also culminated in important moments in garden history.

But change was probably inevitable, and it’s understandable for a number of reasons. The lingering coronavirus pandemic continues to present unexpected logistical challenges for such large-scale exhibition-making and when it comes to public events, the virus has taught us that smaller can be better, at least in the short term. . In addition, the garden now houses a whole new lineup of high-quality, indoor art spaces that were created in the Freire-Newman Education Building that opened in late 2020.

For fans of this huge piece of art, there’s some good news. The show is still monumental in its own way and it certainly warrants a special visit to the garden to see it.

Von Ridingsward, 79, is a world-class artist with a long and distinguished career. She is a Guggenheim fellow, and her objects are part of several respected collections, including the Metropolitan Museum of Art and the Museum of Modern Art, both located in New York City where she now resides.

There is an organic grandeur in the work itself. It is large and heavy, each piece weighing hundreds or thousands of pounds and having dimensions of up to 10 or 20 feet in all directions. Von Ridingswaard’s objects have an enormous presence to them; They feel consequential.

She makes them into 4-inch by 4-inch cedar beams, which she carves in her studio so that each has a rough and individual shape along its edges. Up close, they have the appearance of rough rocks with cracks and crevices, bumps and multiple levels. She then beams after beam to create massive works of art.

She shapes them into objects that resemble failing trees (such as 2015’s “For Natasha”) or giant bowls (in 1996’s “Ocean Floor”), or large funnel shapes that are wide at the top, 10 or so above the ground. are more feet apart, and narrower (“cos” of 2017) as they reach the floor.

Some of the pieces in the exhibition, “The Contour of Feeling,” are free-standing and placed at the center of DBG’s galleries. Others are attached to the walls and look like reliefs. She is fond of vessel forms, and this show has some concrete examples.

While her raw material, beam, is mass-produced, Van Ridingsward gives her finished products a hand-made stretch by going into various trenches and crevices and applying layers of graphite. Icons add dimension and visual depth, but also drama, and sometimes when she goes too far with it, melodrama.

His intention is to make the audience feel something deep but confusing. The title of the exhibition borrows a line from the poet Rainer Maria Rilke: “We do not know the contour of emotion, we only know what it is molded into.”

Von Ridingsward’s personal casting was influenced by his early youth, as the brief accompanying the show suggests. She was born in Germany to Polish and Ukrainian parents who worked as farmers in forced labor under the Nazis. The family lived in nine “displacement camps” for Polish refugees before immigrating to the United States in 1950.

Actions are not held as manifestations of that, but are a life detail which, once known, is inseparable from objects. There is a gloomy darkness to them, a dangerously beautiful beauty, but at the same time they have a strong sense of resilience. They are furious.

It is natural to imagine that they come from a psyche that is both scared and determined, a soul with an important story to tell.

In fact, the packaging can feel manipulative because we learn nothing more about Von Ridingsward when we tour the show. how affected she was by this trauma; How much is carried through this sculpture? We are left in the dark over that, only to be told that “the artist resists reading direct biographies of his works” and that his memories are “woven into his subconscious or instincts, which in turn make an impression on his art.” leaves.”

We find it a bit unfair to guess but, one imagines, the artist himself keeps on guessing. Who knows how much is embedded in our psyche during long ago experiences and memory formation?

It is a mystery of life, a puzzle to be solved through experiences, long conversations, professional therapy and, sometimes, art. Von Ridingsward’s gift to us is not only the objects she creates, but it is also the personal curiosity that she shares through those items. On so many levels this artist and this exhibition is mesmerizing.

Ursula von Ridingsward’s “The Contour of Feeling” continues September 11 at the Denver Botanic Garden, 1007 York St. Info at 720-865-3500 or botanicgardens.org.

Farallon poison distribution plan to be adopted by key votes

At least 28 dead in flooding in southern India