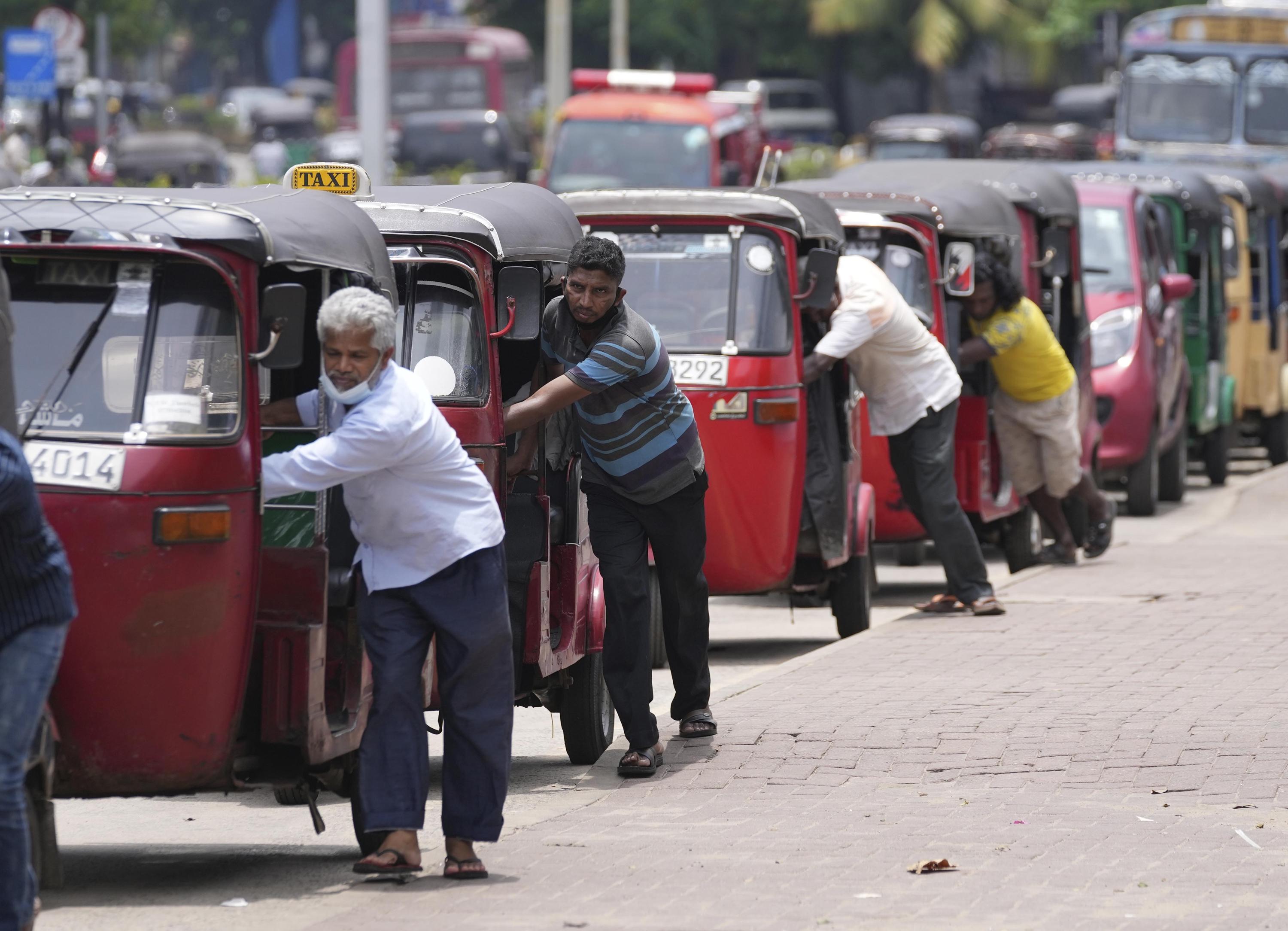 Colombo, Sri Lanka ( Associated Press) – Sri Lankan Prime Minister Mahinda Rajapaksa offered to meet protesters at the entrance of the presidential office on Wednesday, saying he would listen to their views on solving the economic, social and political crisis facing the country. .

Protesters camped for a fifth day demanding the resignation of the prime minister’s brother, President Gotabaya Rajapaksa, holding him responsible for the country’s worst economic condition in decades. They are also calling on his powerful family to step down, accusing them of corruption and misgovernance.

A statement from the prime minister’s office said he was “ready to speak” to representatives of the protesters outside the presidential office in the capital Colombo.

Some protesters who spoke to the Associated Press rejected the prime minister’s offer.

Nuwan Kaluarachi, a teacher, said, “What should happen now as a seasoned politician, at a time when the majority in the country is rejecting him, he should not offer to talk but go home with his entire family.” “

“People’s voice is that the entire Rajapaksa family should be released,” said Rasika, another protester, who gave only one name. “Let’s get our money back and send them to jail.”

Sri Lankans have faced fuel and food shortages and daily power cuts in recent months. Most of those items are paid for in hard currency, but Sri Lanka is on the verge of bankruptcy, saddled with $25 billion in foreign debt due to dwindling foreign reserves and repayments over the next five years. About $7 billion is owed this year.

Sri Lanka announced on Tuesday that it was suspending repayment of foreign debt, including bonds and government-to-government borrowings, until the completion of a debt restructuring program with the International Monetary Fund.

The Finance Ministry said the IMF has assessed Sri Lanka’s foreign debt as volatile, and that staying current on foreign debt payments is no longer a realistic policy.

Apart from seeking help from the IMF, the government has turned to India and China to help deal with the shortfall.

Sri Lankans have been forced to wait in long lines to buy cooking gas, fuel and milk powder, and doctors have warned there is a potentially devastating shortage of essential medicines in government hospitals.

Much of the anger expressed in weeks of protests has been directed at the Rajapaksa family, which has held power for more than two decades. Critics accused the family of borrowing heavily from the government to finance projects that did not make any money, such as a port facility built with Chinese loans.

In a speech on Monday, Mahinda Rajapaksa tried to reassure people that the government was working to solve the country’s financial problems.

However, he refused to give up power, saying the governing coalition would continue to rule Sri Lanka as opposition parties rejected his call for a unity government.

Parliament has failed to reach a consensus on how to deal with the crisis after nearly 40 governing Coalition lawmakers said they would no longer vote according to the Coalition’s directives, weakening the government.

But as opposition parties are divided, they have been unable to form a majority to control parliament.