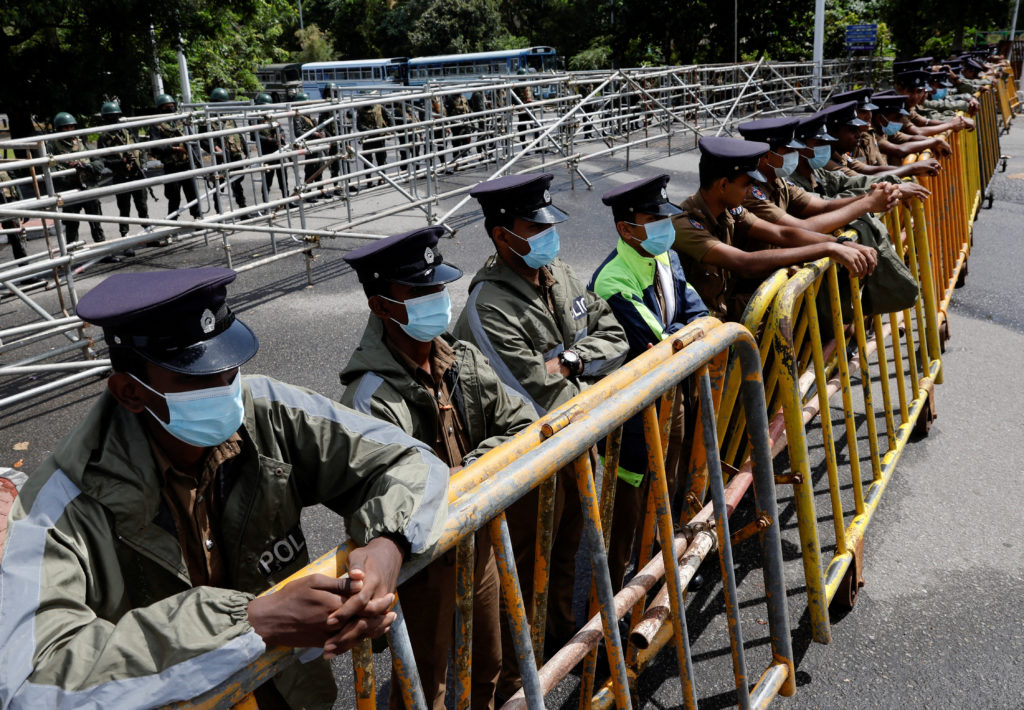 Ranil Wickremesinghe became acting president on Friday after his predecessor, Gotabaya Rajapaksa, fled abroad and resigned after months of massive protests over the country’s economic collapse.

Wickremesinghe’s move to impose a state of emergency came as protests demanding his resignation continued in most parts of the country, with some burning his effigy.

In a statement, Wickremesinghe said talks with the International Monetary Fund for a bailout package were nearing an end, while discussions for aid with foreign countries were also progressing. There was no comment from the IMF on Wickremesinghe’s assessment of the bailout talks.

He said that relief is being provided to the people and steps are being taken to overcome the shortage of fuel and cooking gas.

However, he said that “elements within society” were trying to disturb the peace. He did not specify, but said that disruptions will not be allowed to hinder the progress of the country.

Wickremesinghe said those peaceful protestors who have legitimate concerns would be linked with the government and a solution would be found for them. He urged political parties to put aside their differences and form “an all-party government that will allow the country to overcome the economic crisis.”

There was no immediate reaction from political parties on his latest remarks, but he is working on a unity government.

The lawmakers who met on Saturday began the process of electing a new leader to complete the remaining term left by Rajapaksa.

Nominations for the election of the new President will be heard on Tuesday and if there is more than one candidate, legislators will vote on Wednesday.

The emergency decree issued by Wickremesinghe invokes sections of the Public Safety Ordinance that allow him to make rules in the interest of public safety and order. He can authorize custody, take possession of any property and search any premises. He can also change or suspend any law.

Sri Lanka lacks money to pay for imports of basic necessities such as food, fertilisers, medicine and fuel for its 22 million people. Its rapid economic fallout has been even more shocking because before the crisis, the economy was expanding with a growing, comfortable middle class.

Sri Lanka is seeking help from the IMF and other creditors, but top officials say its financial situation is so bad that even getting a bailout has proved difficult.

The economic difficulties led to political upheaval and widespread protests and calls for the Rajapaksa-led government to step down. Although several ministers resigned in April, Rajapaksa remained in power until last week, when he flew first to the Maldives and then to Singapore.

The main protest took place in the capital Colombo, where large crowds occupied the front of the President’s office for more than 100 days.

Protesters accused Rajapaksa and his powerful political family of extorting money from the state exchequer and hastening the country’s collapse by mismanaging the economy. The family has denied allegations of corruption, but Rajapaksa acknowledged that some of his policies contributed to the recession.

Parents are concerned that more teacher unions are pushing for distance learning. As are the Democrats.