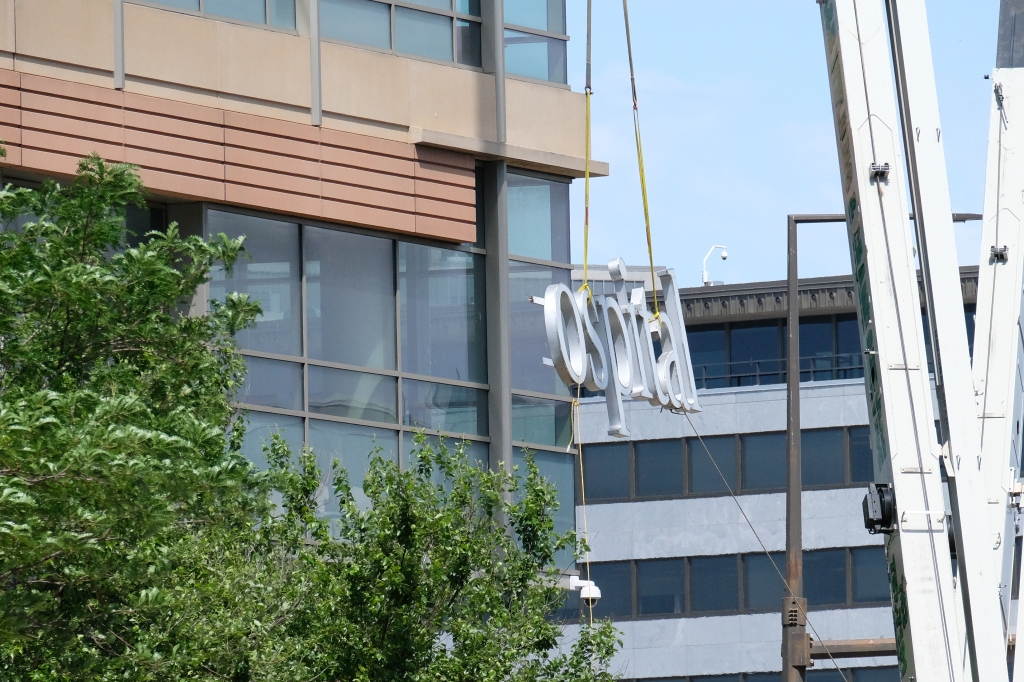 In a sign of further transformation, the old St. Joseph’s Hospital removed its signage Thursday, and its successor, the Fairview Community Health and Wellbeing Center, has taken it one step further.

The wellness center is scheduled to analyze statewide health disparities based on research and promote new and existing health and wellness programs through its new Public Health Center.

There have been several missions at the former St. Paul’s Hospital in the city center in recent months.

Since January, the former ambulance bays have served as staging areas for food trays ready for distribution by the Sanneh Foundation, an effort co-organized with Second Harvest Heartland and M Health Fairview.

Most recently, Minnesota Community Care began filling the floor of an old hospital ahead of the soft opening of its new primary care clinic, due to begin admitting patients in July. The federally qualified medical center plans to offer medical, dental and vision services, followed by a large-scale “gender care” targeting transgender and gender nonconforming patients this fall.

“This is an exciting time,” said Diane Tran, director of Community Health Equity. “The signage has been removed from the building and more services will be online in the coming weeks.”

St. Joe’s Hospital, founded in 1853 by the Sisters of St. Joseph of Carondelet as the state’s first hospital, closed its emergency room in December 2020 and relocated most other services. This M Health Fairview decision continues to irritate some elected officials and St. Paul defends.

While some mental health and addiction services remain, other potential patients at St. Joseph’s have been referred to other M Health Fairview hospitals.

However, Tran and others envision a more dedicated use of the former hospital building, which is slowly being transformed into a center for research and wellness programs.

Among the priorities will be the Food is Medicine program, which aims to manage nutrition programs for vulnerable populations, as well as educate low- and middle-income populations that healthy eating is associated with better health. “What has worked, and how can we scale and expand them…to think holistically and on a larger scale about the need for food support?” Tran said.

The Fairview Community Health and Wellness Center will officially open this summer with a ceremony hosted by the American Indian Family Center in St. Paul.

In July, Tran hopes to install a temporary exhibit on Native American land treaties put together by the Minnesota Humanitarian Center.