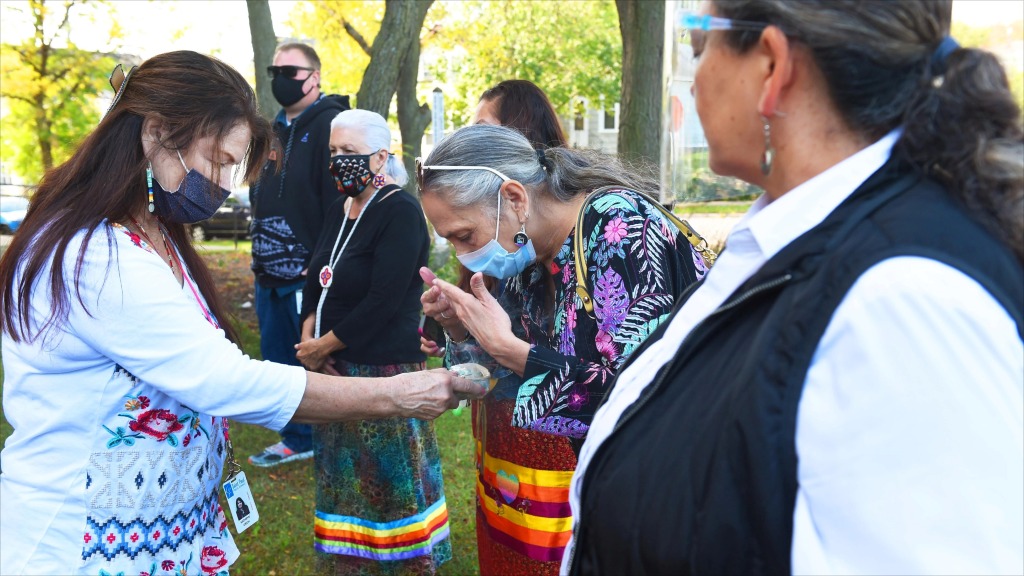 St. Paul’s Public School is drafting a new policy that will allow students to engage in the American Indian cultural practice of misting in buildings throughout the school district.

Smudgeing involves burning sweetgrass, sage, cedar, or tobacco in a handheld bowl and waving the smoke into the room and ceremony participants to heal or purify them.

The district describes it as “a cultural approach to supporting the social and emotional health of our students”.

The state’s ban on tobacco in schools is an exception to American Indian ceremonial practices. The district says the staining does not pose a health risk.

A draft policy informally approved by the school board on Tuesday would allow students to smudge “anywhere in the school building as needed,” as long as a staff member ignites the material.

The board is expected to vote to adopt the policy in August.

This practice is going on in some schools even without a policy.

2019 Johnson High School graduate Alyssa Parkhurst told the school board that when students smear in a small school storage room, students who don’t understand the practice will complain that it smells like marijuana.

“We get comments like this all the time,” she said.

Parkhurst said a group of students eventually had a meeting with the principal and were allowed to smear in a special classroom. The group was also given time to educate other students about what they were doing, and dozens of non-Indian students joined them.

“It helped create a sense of community that we didn’t have before,” she said.

John Bobolink, the district’s Indian education supervisor, said he hopes the policy will set an example for other school districts to follow.

Board member Janelle Foster said it was an example of giving “a place to all the cultural communities in this district”.

About 4 percent of the district’s students — 1,233 as of last fall — identify as American Indian.