Stamp canceled for 50 years of ties between Cuba and CARICOM 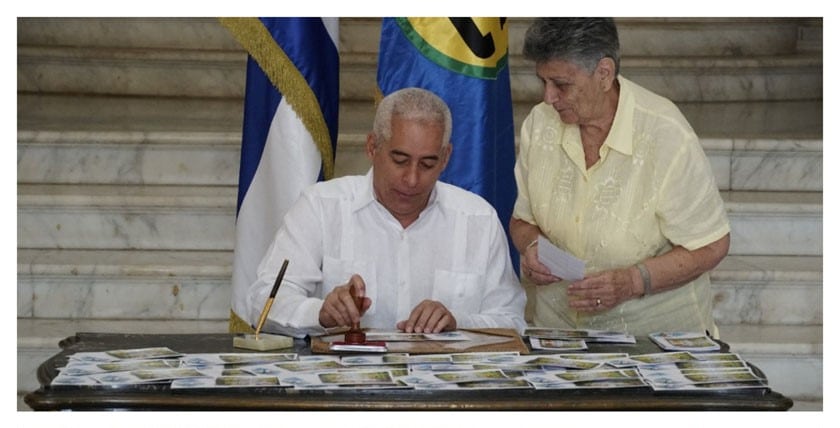 Cuba’s Foreign Ministry celebrated yesterday the 50th anniversary of relations with the first four independent states of the Caribbean Community (CARICOM) with the cancellation of a postage stamp.

Via Twitter, Eugenio Martínez Enriquez, General Director for Latin America and the Caribbean of the Cuban Ministry of Foreign Affairs, reported that the ceremony took place at the headquarters of that ministry, with the participation of First Vice Minister Gerardo Peñalvar.

The following year, CARICOM was created, which has maintained strong ties with the Greater Antilles, and as proof of this, all of its member states are represented at the level of their own diplomatic missions, the only Latin American country to do so. .

Since 2002, summits of heads of state and government of the CARICOM-Cuba Mechanism have been held every three years, with venues alternating between Havana and the Community’s states.

This December 6, in Barbados, the Eighth CARICOM-Cuba Summit took place, with the participation of a high-level Cuban delegation headed by Miguel Díaz, First Secretary of the Central Committee of the Communist Party of Cuba and President of the Republic. -Cannel.

The Bridgetown Declaration adopted at the meeting expressed a common desire to strengthen ties, as well as a commitment to always seek constructive solutions for the benefit of the people.

Cuban Head of State highlights mutual desire to continue projects in which both sides are already working, and undertake new actions to expand and diversify ties based on mutual solidarity and cooperation .

Maura Healy, Maxwell Frost, Wes Moore and James Rosener: Why They Made History in America Today

As a global infrastructure giant, Facebook must uphold human rights