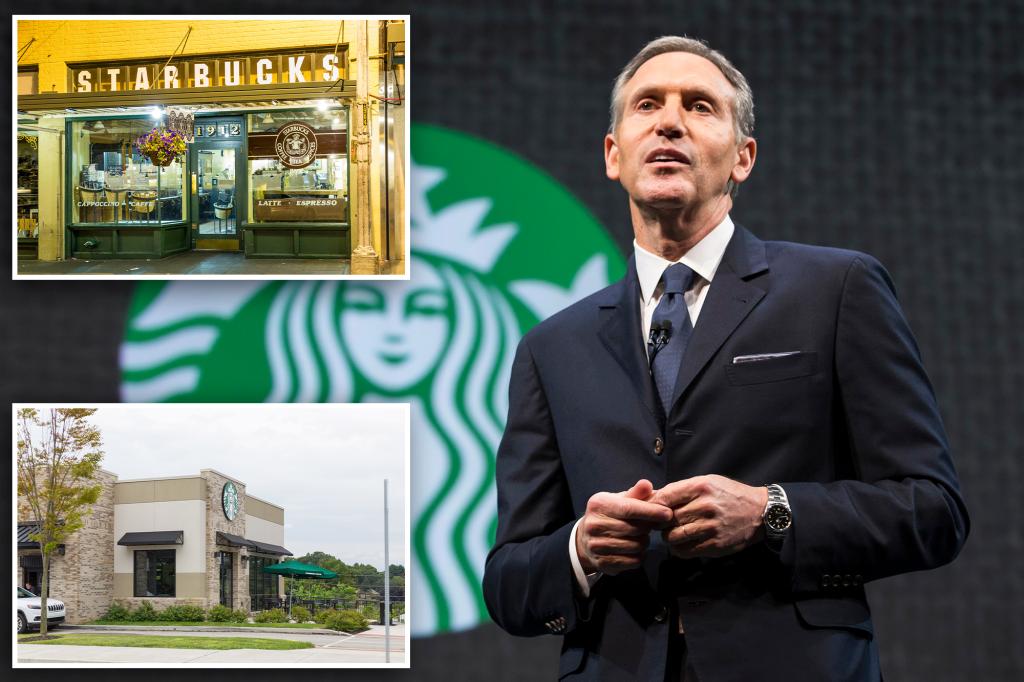 Starbucks CEO Howard Schultz said Democratic mayors and city councils have “abdicated their responsibility” in fighting crime and addressing mental illness, which forced his company to close stores because of fears for employee safety. has done.

Schultz made the comments in a leaked video that was posted to Twitter over the weekend by Ari Hoffman of Seattle-based KVI-AM Talk Radio.

Last week, Starbucks announced it was closing 16 restaurants in various cities across the country after the company said there were employee complaints of drug use and violent crime on the premises.

Schultz said he believes the Seattle-based coffee chain will have to close “many more” locations.

“This is just the beginning,” said the interim chief executive, who returned to run the company earlier this year following the retirement of his predecessor, Kevin Johnson.

Schultz’s leaked video shows him addressing Starbucks employees. She told them that the company was “starting to close stores that are not unprofitable.”

Schultz said he was “shocked” to hear from employees that “one of our retail partners’ primary concerns” [baristas] They have their own personal security.”

“And then we heard about the stories that go with what happens in our bathrooms,” Schultz said.

In 2018, Starbucks implemented an “open bathroom” policy after two black men were arrested by a store manager for not ordering coffee while sitting at a Philadelphia location.

The video of the arrest went viral, and Starbucks apologized after an intense backlash.

Now the company is giving store managers the discretion to change the policy because of complaints that Starbucks bathrooms are a magnet for drug abusers and the homeless.

In a video leaked over the weekend, Schultz cited “issues of mental illness, homelessness and crime.”

“Starbucks is a window into America,” Schultz said. “We are facing things the stores weren’t built for.”

Schultz then took to task Democrat-run cities for not providing a solution.

“In my view, at the local, state and federal levels, these governments and leaders across the country – mayors, governors and city councils – have abdicated their responsibility in fighting crime and addressing mental illness,” he said.

Schultz said: “We have to refine and change and modernize many things to meet the needs of our customers in the ever-changing operating environment in which customer behavior is changing.”

He added that “demand for Starbucks coffee” both domestically and internationally has never been higher and that the company is shifting strategy to drive-thru and mobile app sales, which accounted for the chain’s pandemic-era sales. Is.

Prolonged COVID: Viral infection can persist in the gut for up to 7 months

Immediate analysis of Bengal selected Daxton Hill in first round