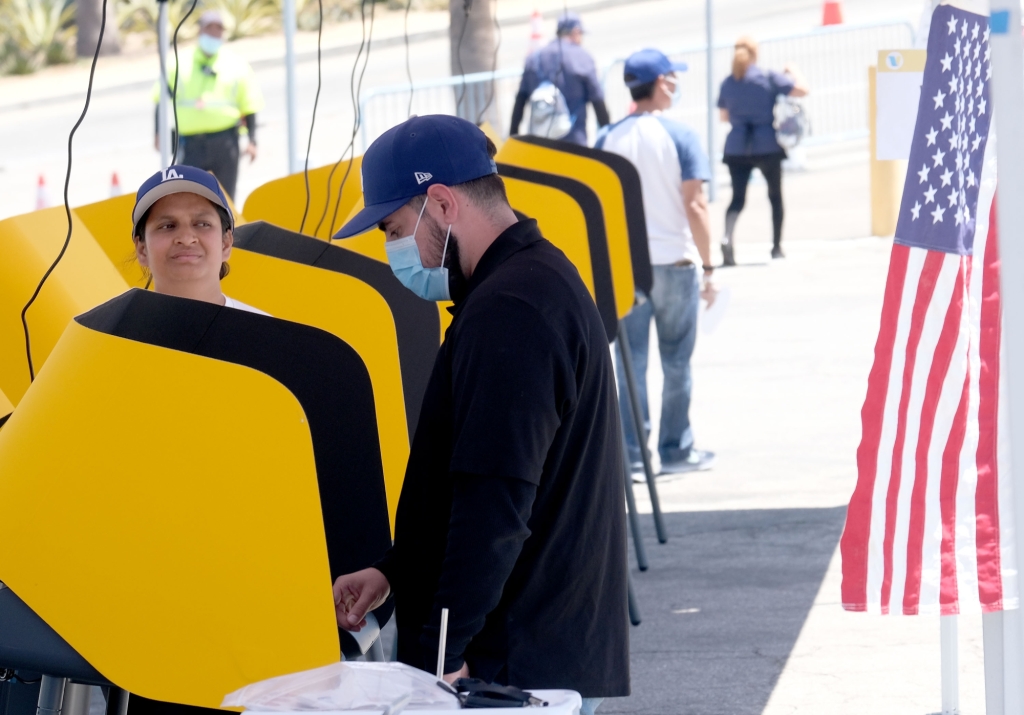 The race to become the 43rd mayor of Los Angeles will be decided in the November runoff, with Congressman Karen Bass and developer Rick Caruso far ahead of the pack in returns reported on June 14 by the Los Angeles County registrar-recorder. Bass has pulled ahead with 41.05% and Caruso 38.29% on a slow count of dozens of races across the country.

In the race for Los Angeles city controller, accountant Kenneth Mejia and Los Angeles City Councilman Paul Koretz will face each other in November, with a June 14 update showing Mejia with 40.73% and Koretz with 24.68%.

In the Los Angeles City Council race, voting results in Council District 13 show Labor organizer Hugo Soto-Martinez is preventing incumbent City Councilman Mitch O’Farrell from an outright victory, which would have required more than 50% of the vote. Is. Soto-Martinez on June 14 38.35 . was ahead with, O’Farrell’s 33.88 . until,, In this district that includes Hollywood, Echo Park and Silver Lake, the two will face each other in November.

In the thriving Westside Council District 11, LA City Council candidates Erin Darling and Tracy Park are separated by 1,683 votes and will face each other for the open seat to succeed District 11 City Council member Mike Bonin in the November runoff , which are not running due to health reasons. , The Venetian residents had 33.38%, while the park had 30.05%. Darling promised to champion the homelessness and strengthen renters’ protection. Park called for an overhaul of LA’s approach to homelessness after her neighborhood learned of cool plans to convert a nearby hotel into a homeless facility.

In City Council District 5, a well-off Westside District, candidates Cathy Young Yaroslavsky and Sam Yerby were vying for a seat opened by term-out LA, City Council member Paul Koretz. Yaroslavsky, a senior policy director under LA County Supervisor Sheila Kuehl who names her widely known father-in-law, Zev Yaroslavsky, was ahead with 49.35% on June 14. It was not clear whether it could get the 50% “plus one vote” to avoid the runoff in November. In another was nonprofit director and business owner Sam Yerby, whose 29.99% could prevent Yaroslavsky from winning outright. Yerbi is a non-profit director and business owner.

On LA’s Eastside, District 1 City Councilor Gil Cedillo is now struggling to maintain his seat with 49.35%, according to June 14 voting results, just below public policy advocate Eunice Hernandez’s 50.65%. Is. Cedillo needs more than 50% to avoid a runoff against Hernandez. This district includes Highland Park and Chinatown.

In City Council District 15, which includes San Pedro and Harbor City, Tim McCosker and Danielle Sandoval were headed for the November runoff. Sandoval, a community leader following a plan to address the homeless and clean polluted neighborhoods, had 28.73% of Macoskar’s 38.70.,, McCosker, a longtime dweller at Los Angeles City Hall who served under Mayor James Hahn, ran on economic reform, jobs and affordable housing.

Miss Rona, Quarantini, WFH: COVID has given us new words helping us cope