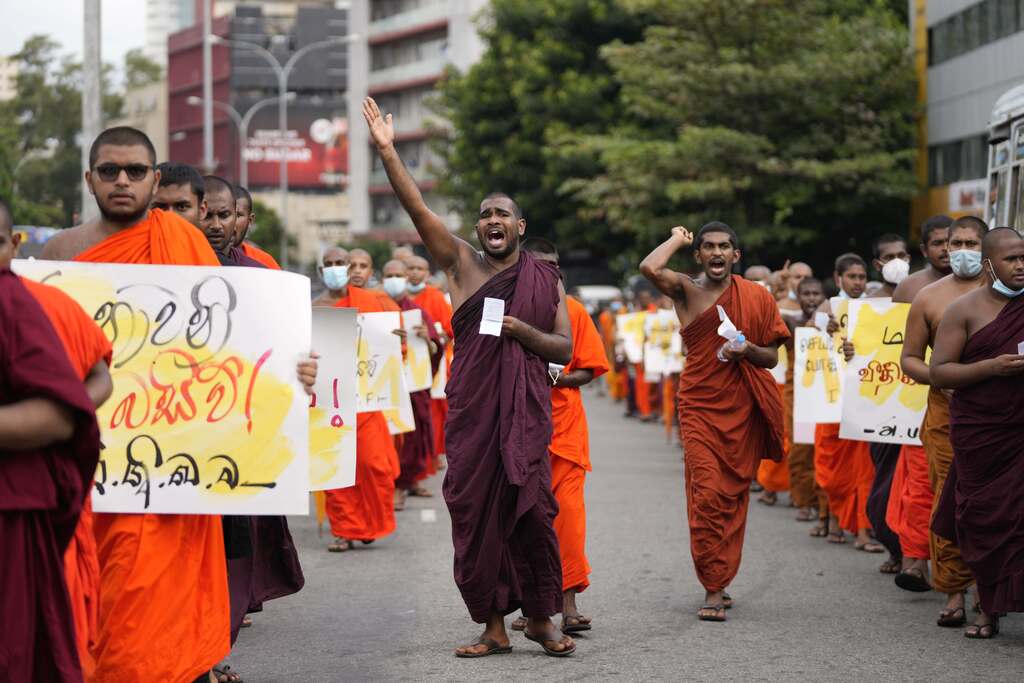 COLOMBO, Sri Lanka. Thousands of public university students marched in Sri Lanka’s capital on Monday demanding the resignation of the president and prime minister due to an economic crisis that has caused severe shortages of basic necessities and undermined people’s livelihoods and education.

Students say that President Gotabaya Rajapaksa is responsible for the worst economic crisis since independence in 1948, and that Prime Minister Ranil Wickremesinghe, who took office just over a month ago promising to end the deficit, has not kept his promises. .

Sri Lanka is on the verge of bankruptcy and has suspended the payment of $7 billion of foreign debt owed this year. It also has to return over $5 billion every year until 2026. Its foreign exchange reserves are nearly depleted and it cannot import food, fuel, cooking gas and medicines. Lack of fuel to run power plants has led to long daily power outages.

In recent months, people have been forced to stand in long lines to buy fuel and gas, and the country has survived largely on credit lines extended by neighboring India to buy fuel and other necessities.

As that loan also runs out, authorities have closed schools and directed teachers to teach online, and asked non-essential government employees to work from home for one week to conserve limited fuel supplies.

Representatives of the International Monetary Fund are currently in Sri Lanka to discuss the aid package.

Months of protests have all but wiped out the Rajapaksa political dynasty that has ruled Sri Lanka for most of the past two decades.

One of Rajapaksa’s brothers resigned as prime minister last month, while two other brothers and a nephew had previously left their cabinet posts.

President Rajapaksa acknowledged that he did not take early enough steps to prevent an economic collapse, but refused to leave his post. According to the constitution, it is almost impossible to overthrow the president, unless he resigns of his own accord.