Suma Movil: Democratizing Mobile Services with Business Opportunity for All 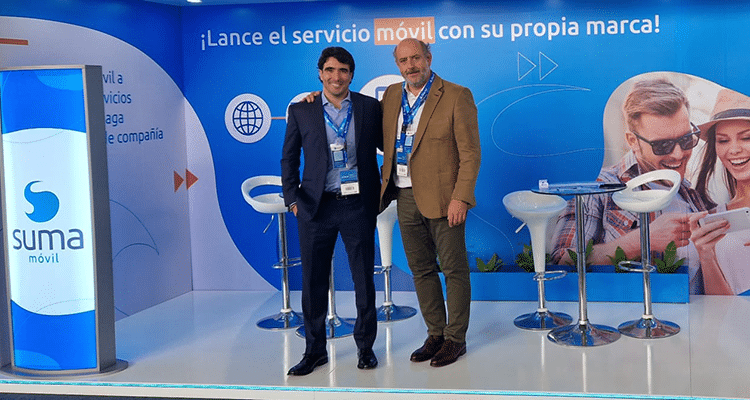 Mauricio Guerra, Suma Movila’s country manager Perucommented that “our first participation in this event has been very satisfying, given the number of people who have shown interest and established contacts to learn about new technologies and do impactful business.”

He added: “Suma Movil aims to make our value proposition known to cable operators and ISPs known, provide potential customers with the best in cutting-edge technology, expand this universe to entrepreneurs and diverse communities anywhere in the country . “

Guerra explained: “Suma’s proposal is to collaborate in the implementation of the new mobile business model for telecommunications, cable operators, ISPs, but also other sectors such as retail, private organizations or even any community involved. To be able, from which they will benefit. The work that the company has already done.”

In conclusion, they said, “Suma is committed to democratizing mobile telephony services, through sharing regulatory agreements, with Suma’s operational, technical and infrastructure development, with any individual or entrepreneur who has a commercial Thoughts.”

The manager stressed that clients would not need to make significant investments to adopt this offer, as the barriers to entry for the business would be low compared to the cost of developing their own business.

To get an idea of ​​the strategic importance of this proposal, it was revealed that, according to the latest Osiptel report, the mobile phone business has been favored in recent years mainly due to the significant growth in the telco industry.

Guerra stressed that the importance and need for connectivity has become clear to people, and it is now considered important to have telephony equipment.

“This business opportunity arises when the market sees a steady decline in the demand for pay television services.And and fixed telephony, which makes the advent of mobile phones even more interesting to maintain positive global trade figures”, Guerra said.

Guerra also mentioned the challenge of MVNOs to offer voice calls through IP networks in 2G, 3G, 4G and 5G frequencies, and at the same time, significantly improving the experience of their end customers while making their phone calls.

In this regard, Guerra specified that the use of VoLTE technology is a solution as it allows to make more stable and better quality voice calls in high definition, even in environments with a lot of interference, Makes call establishments much faster, a better coverage, and less battery consumption, among other benefits.

Finally, the director highlights the performance of Suma Movil in Peru, which, to date, has managed to deploy eleven affiliated brands during its first year of operation, with this result anticipated to double for the next year.