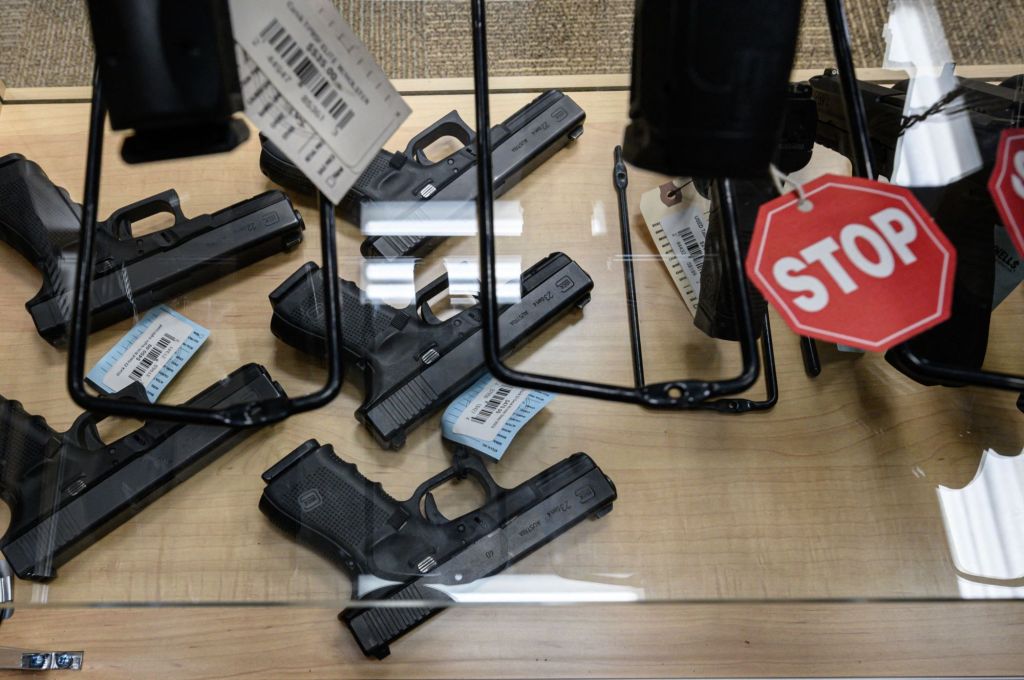 The U.S. Supreme Court today issued one of the most significant gun rulings in more than a decade, lifting New York State’s tough restrictions on who can carry concealed weapons in public.

Gun rights activists celebrate the 6-3 decision while gun law advocates denounce it. Both agree that a similar California law could be challenged next.

The decision likely marks the most dramatic expansion of gun rights in the United States since 2008, when the Supreme Court first clarified that the Second Amendment right to “keep and bear” firearms extends to individual citizens, not just members of the state militia. But the ruling only reaffirmed the right to “self-defense at home,” leaving states wide discretion over whether and how to restrict the use of guns elsewhere.

This ruling takes this constitutional right outside the home.

Most states either issue concealed carry licenses upon request or do not require licenses at all. But in eight states, applicants must demonstrate compelling need before they can be granted a permit to carry a concealed firearm. Before today’s decision, New York was one of those states. California is different.

In counties with Republican sheriffs—Sacramento and Tehama, for example—permits are issued to all qualified applicants as long as they pay the required fees, pass a firearms safety class as required by state law, and have no criminal record.

San Francisco is on the opposite end of the spectrum. According to the County Sheriff’s instructions, an applicant who lives in the city must “produce compelling evidence” that they are at “substantial risk of danger” that local law enforcement “cannot adequately manage” and “cannot reasonably be avoided by alternative measures.”

The court’s decision does not lift the restrictive concealed carry policy, as in San Francisco. But it raises the chances of success in lawsuits against the entire California discretionary system.

Chuck Michel, president of the California Rifle and Pistol Association, a division of the state’s National Rifle Association, said he plans to file an additional memo in an existing lawsuit against Los Angeles County’s concealed carry licensing system.

At the same time that the nation’s highest court is expanding the scope of the Second Amendment, Congress is on the cusp of adding a few modest additional safeguards. In response to a mass shooting in Uvalde, Texas, in which a gunman killed 19 children and two teachers with a semi-automatic rifle, the U.S. Senate passed a bipartisan gun bill on Wednesday over objections from the National Rifle Association.

If passed by the House of Representatives and signed by President Joe Biden, it is expected to step up some background checks on younger potential gun buyers. It will also provide funding to states interested in implementing “red flags” that will make it easier for authorities to temporarily seize firearms from those deemed a threat to themselves or others.

Democratic lawmakers in California are also considering their own package of new gun bills. This includes legislation that would open many lawsuits to gun dealers and manufacturers for violating state gun regulations or selling guns and ammunition to minors or others who are not authorized to own them.

For the first time, the state of Ohio decided to install body cameras for guards in every prison.