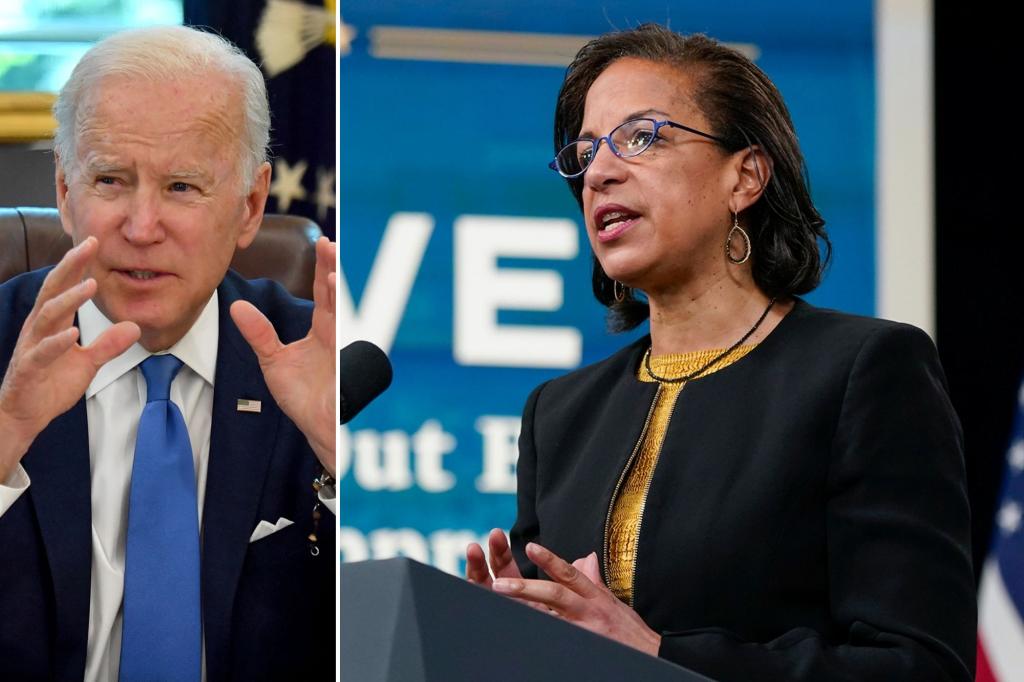 White House domestic policy adviser Susan Rice said on Monday that she had tested positive for COVID-19 five days after attending a meeting with President Biden.

“I feel good and grateful to be vaccinated and double boosted,” Rice wrote on Twitter. “I last saw the president in person on Wednesday – masked – and under the guidance of the CDC he is not considered close contact.”

Biden attended a dinner of 2,600 people and shook hands with ABC News reporter Jonathan Carl, who tested positive shortly after.

The virus has killed nearly 1 million Americans and Biden’s advanced age puts him at higher risk. However, he has received four shots of Pfizer’s vaccine, which reduces the chance of serious illness or death.

White House press secretary Jen Psaki often says it’s possible Biden will one day test positive for the coronavirus. He interacts regularly with White House guests and attendees at events across the country.

Then-President Donald Trump fell ill with COVID-19 in the fall of 2020 after hosting a Rose Garden ceremony for the nomination of Supreme Court Justice Amy Connie Barrett. Trump was hospitalized for three nights at the Walter Reed National Military Medical Center in Maryland.

In early April, more than 10% of attendees at the Gridiron Dinner in DC tested positive after journalists and officials mingled largely without masks at the white tie gala.

House Speaker Nancy Pelosi (D-Calif.) tested positive on April 7 after attending two White House events with Biden. Biden kissed Pelosi on the cheek at an event and she stood behind his shoulder at a bill-signing ceremony a day later.

Buffalo suspect wrote, he felt nothing after stabbing and beheading the cat