Sushmita-Lalit Net Worth: Is Sushmita more rich or Lalit Modi? Eyes will be left open knowing the net worth of both 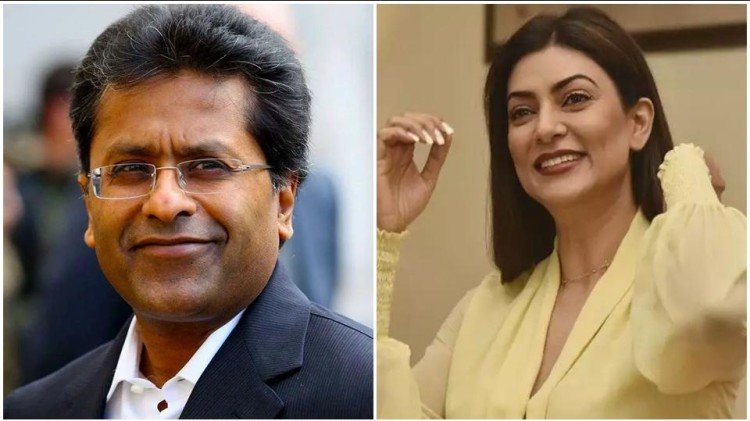 Sushmita Sen and Lalit Modi are dating each other these days. A few days ago, when Lalit Modi announced this, everyone was shocked, because he had called Sushmita as his better half. However, after some time, Lalit Modi confirmed this through another tweet, both of them are not married yet, but are dating each other. After this announcement of Lalit Modi, both are being trolled a lot. Trolls have even called Sushmita Sen a gold digger. While Lalit Modi is a very big business man, Sushmita is also a great actress. However, Lalit fled the country 12 years ago and is declared a fugitive. Lalit Modi is accused of money laundering. These days he is living a luxurious life in the capital of Britain, London. So let us tell you today how much is the net worth of Lalit Modi and Sushmita Sen.

For Lalit Modi, if it is said that he was born with a golden spoon in his mouth, then it will not be wrong. Because his family has a long-standing business empire, which includes famous brands of liquor, cigarettes and pan masala and retail stores, restaurant chains and travel companies. Lalit Modi fled India in 2010 and fled abroad. He has a luxurious palace-like house in London. His bungalow in London is spread over 7000 square feet. Lalit’s bungalow has 8 bedrooms. Lalit pays Rs 20 lakh per month for this bungalow.

Lalit Modi has assets worth so many crores

Talking about Lalit Modi’s business, he earns billions of his business. Apart from India, he has business in West Africa, South-East Africa, Europe, South-East Asia, America and Australia. His net worth is said to be around 12 thousand crores. In which he has assets of about 4500 crores.

Sush is the owner of so much wealth

Talking about Sushmita Sen’s net worth, according to media reports, Sushmita Sen earns around Rs 9 crore annually and Rs 60 lakh per month. Sushmita Sen has assets worth around Rs 100 crore. She lives with her daughters in a luxurious apartment in Versova, Mumbai. All the amenities are available in this apartment of his.

There are also cars worth crores

According to media reports, the actress owns a BMW 7 Series 730Ld, which costs around Rs 1.42 crore. He also owns a BMW X6, which costs Rs 1 crore. Apart from this, there is also an Audi Q7 priced at around Rs 89.90 lakh. Films are the only source of income for actress Sushmita Sen. She charges around 3 to 4 crores for a film.

Los Angeles County Exceeds 15 Million COVID Vaccine Doses, But Try To Do More To Get Inoculated

C-Kang won’t have a Mercedes Benz like Edwin Kaz, but he travels in this…