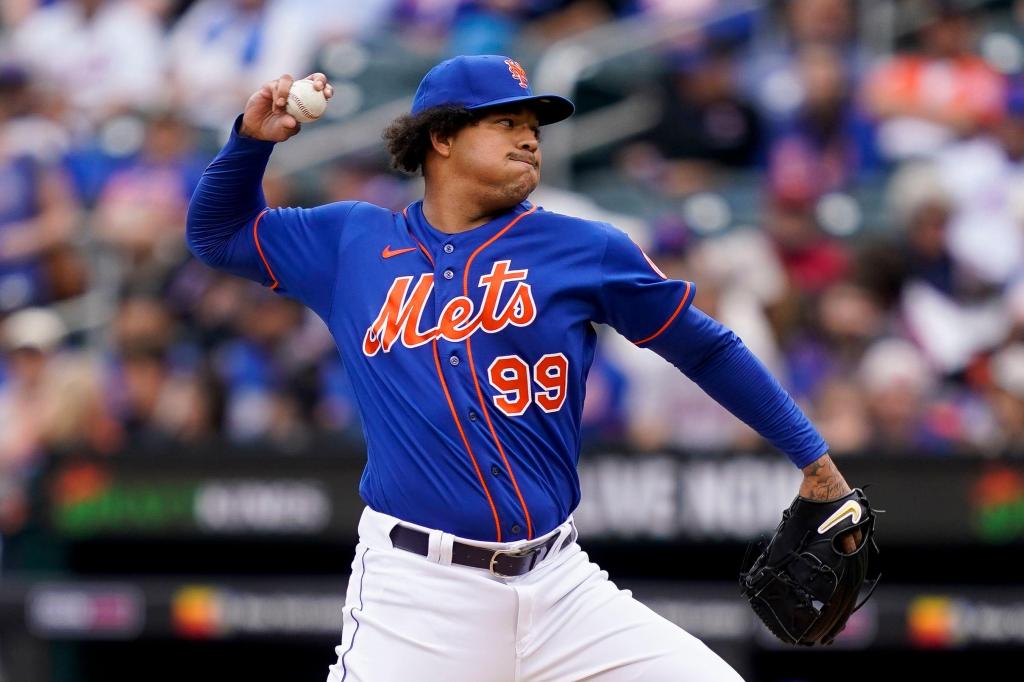 Taijuan Walker has never been better.

The right-hander retired 18 consecutive batsmen in the Mets’ 3-2 win over the Marlins at Citi Field on Saturday. After a first infield single for leadoff hitter John Bertie, no one reached base against Walker until the seventh inning. In the end, he dropped one run on two hits and recorded nine strikes, allowing one walk in 6.2 innings and 97 pitches.

“When I’m healthy and running well, I feel like I’m a good quality starter,” Walker said. “Earlier this year, I wasn’t getting the strikeouts I wanted. But now I added the slider. I’m accelerating to the strike zone with my fastball and the command has been there, obviously my splitter has been good too Is.”

Walker’s brilliant outing reduced his season ERA to 2.88 and gave him his fifth win of the year.

It helped that Walker got 11 swings and five blows on his slider, his most used and most effective pitch on Saturday. But the key to Wright’s recent success has been his pitch mix.

In 10 starts this season, Walker has used his splitter just over 30% of the time and ended up on that pitch as opposed to a .173 batting average. Although he relied more on his slider to register nine punchouts against the Marlins, Walker’s splitter has given him 28 strikes this season.

“I expect to see a lot of strikeouts as the years go by,” Walker said. “I feel great right now.”

Walker has allowed only two earned runs and has made 19 strikeouts in his last two outings (12.2 innings), which came against the Angels and Marlins. On Saturday, Walker was excellent at getting ahead of the opposing hitters. In his 22 batsmen faced, he recorded 16 first-pitch strikes. Later, he said that the extreme wind conditions at Citi Field actually helped him pitch better as he liked to throw against it.

Walker’s two-year, $20 million contract signed with the Mets expires at the end of the 2022 season, which will make the 29-year-old a free agent for the first time since the 2020 season.

“I’ve seen a lot of good outings from Taijuan, but it’s just as good for him,” said Mets manager Buck Showalter. “I was thinking before the game today, I was looking at the wind, and I was glad we had a big heavy pitcher. Balance is hard.”

Francisco Lindor entered the second straight game with a two-run shot in the third innings. Impressively, Lindor’s dinger went out of park in left field against 22 mph winds that were blowing from left center field.

Lindor’s mom, Maria Serrano, is in New York for Father’s Day weekend, along with some family members who flew in from Puerto Rico. After his second straight great game with his mother in the stands to watch him play for the first time at Citi Field, Showalter said he wished Serrano stayed in New York and attended more games.

“I want my mom to be there too,” said Lindor. “She definitely brings out the best in me. This whole weekend is for her and my family. And I’m getting good pitches to hit too.”

Edwin Diaz made his 14th save of the season, although he dropped his first earned run in eight outings before doing so. Prior to Saturday, Diaz had not allowed a run in San Francisco since May 24. Drew Smith trapped his inherited runner in seventh, and retired all four batsmen before him. Smith has 0.84 ERA in his last nine innings.

Dungeness crab season in the Bay Area is postponed again

Trump had a phase where he was forever paranoid about being pied: report