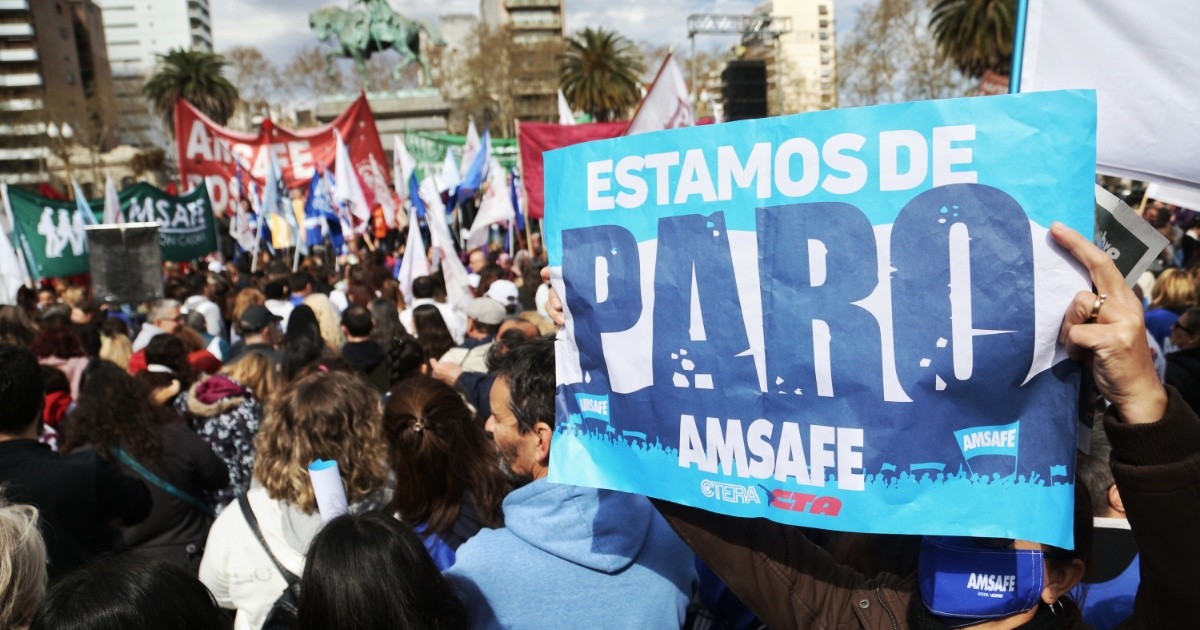 Public school teachers from the province grouped in the Amsafe union resumed conflict plans with others this Tuesday Three days strike after salary offer is rejected Performed by the Santa Fe government, acknowledged by private teachers – where activity was common – state teachers and doctors. The Labor Minister, Juan Manuel Puccini, announced that he would wait for the force majeure measures to end for a new call. organization Will end the strike of his last six days with mobilization in front of the headquarters of the Labor Department in the city of Santa Fe, to reject the exemption for days of unemployment and to demand a new joint meeting.

This calls for a provincial concert 10 on Thursday In front of the Ministry of Labor in the city of Santa Fe, as officially reported by the provincial Amsafe.

The provincial executive, in particular the labor minister, indicated that they were evaluating the recall of teachers to the salary discussion table, but After completion of force measurement, However, last week the education ministry sent a circular to guarantee the opening of public institutions despite the strike to ensure a glass of milk and the possibility of work for teachers and teachers in need of it.

“The joint is still open, We claim the scope of collective bargaining that we do with all unions in the public sector”, he said. rosario3 Labor Minister.

“Within this framework, last week we asked Amsafé to suspend force majeure measures in order to be able to convene them. The union confirmed the stoppage for this week. It is very difficult to call in this contextNot the best scenario as any question that arises is affected by coercive measures”, lamented the official.

In view of this he clarified that once the stoppage is over on the next Friday, “will definitely have a new quote” But everything is connected with the fact that the union does not hold a new assembly in which they define more force measures for the coming weeks.

Despite the prospect of a new call to discuss equality, the provincial executive warned that the issue of pay would not be put on the table again. ,The issue of wages with all unions is closed. questions can always be discussed, Incorporate the even look. The decision (to reject the offer) was made by a margin of 600 votes.Pucineri said.

Amsafé Rejects 31% Increase In This Month’s Review, Added To 46% Proposed In March 77 percent increase in salary in a year.

The government, which received the approval of all unions with the exception of AMSAFE, responded that there would be no new proposals and announced that Exemption of 11 days of unemployment in August and relaxation of six days in September- and will eliminate pay without a new increase, although he pointed out that the passive sector will receive it.

The 31% agreed with the rest of the organizations in this month’s review include 20% in September, then two tranches of 7% in October and November, and 5% later in December.