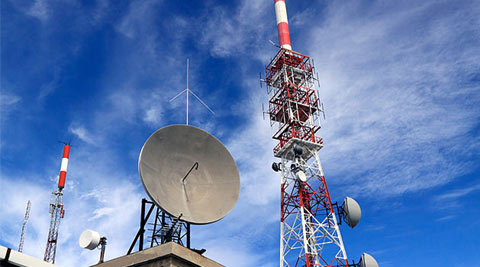 Telecom Namibia, a national telecommunications operator, plans to invest more than US$155 million over the next five years to modernize the country’s national network, an executive said on Monday.

This will include both fixed and mobile, starting from the national backbone to the core network, Telecom Namibia CEO Stanley Shanapinda said on Monday.

A World Bank report released on 8 July states that the cost of Internet data services in Namibia exceeds the average cost of US$8.30; The mobile data adoption rate is 36 percent, lagging behind regional counterparts with 52 percent adoption; Fiber rollout and uptake is slow, with 2.5 subscriptions per 100 people; Digital adoption rates are very low compared to peer countries, and access to stable and reliable electricity is a challenge for private businesses.

“The first investment of about US$5 million that we realized is the co-landing of the Google Equiano submarine cable, in partnership with the private company Paratus, to also allow infrastructure sharing,” Shanapinda said.

He said Equiano Cable landed in Namibia on July 1 and would provide Namibia with an estimated capacity of 4 Tbps (4,000 Gbps).

“This is the second submarine cable that we have landed, the first being the West Africa Cable System which landed in February 2011,” he said, adding that these cables meet the needs of international connectivity and help Namibia in the face of the Fourth Industrial Revolution (4IR). lead away.

According to Shanpinda, the next part of the telco’s capital expenditure (CapEx) is to accelerate the rollout of fiber to cross and connect thousands of households, thereby improving the coverage of the existing 10,676 km of national fiber backbone.

Shanpinda meanwhile said to improve mobile data adoption rates in 2021/22 through its subsidiary PowerCom, it deployed new and upgraded 3G and 4G mobile sites in rural and urban areas.

“Under our mobile CapEx, we plan to rapidly increase our current population coverage and service quality from rural areas to national roads. We are excited that under the recently announced National 5G Strategy by the country’s communications regulator, our sites will be 5G-ready, using the latest standards, with ubiquitous IoT connectivity to enable real-time cargo monitoring,” he said. Told.

However, Shanpinda said that in the digital transformation efforts, they are facing challenges with access to stable and reliable electricity.

“Our Beyond 2023 strategy comes at the right time, to enable Namibia to access the growth needs of its digital economy,” he concluded. enditem