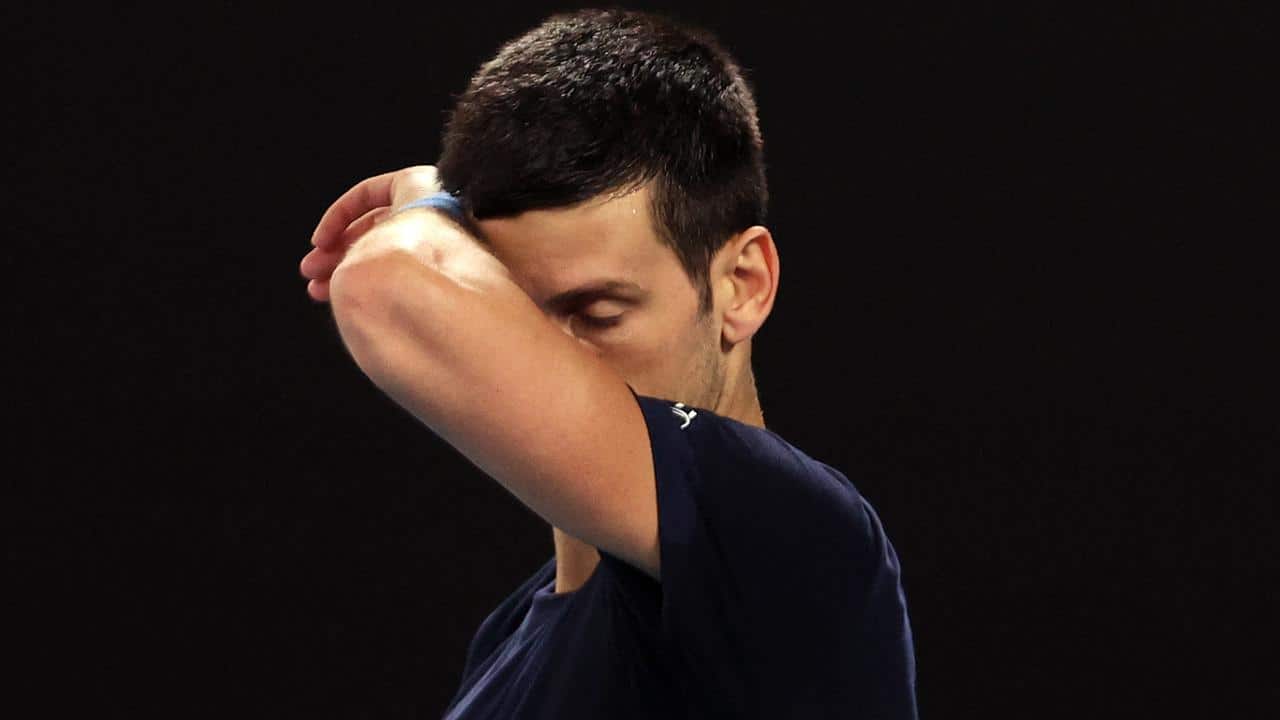 Tennis star Novak Djokovic has revoked his visa to Australia. The immigration minister took this decision on Friday (14.01.22).

Minister Alex Hawke said revoking the visa was in the public interest.

Hawke said in his ruling that Djokovic would likely not be granted a visa to enter Australia for the next three years under the current legal position.

Novak Djokovic’s lawyers announced that they would appeal against the cancellation of the renewed visa. Attorney Nicholas Wood said the decision was “irrational” and disproportionate. The final decision on Serb participation in the Australian Open is to be made on Sunday (16.01.22) before the Federal Court of Australia, a federal court at the highest instance. Judge Anthony Kelly made the decision during a hearing on Friday.

Until then, Djokovic should not be deported. A hearing for the world number one immigration officials is also scheduled for Saturday at 8 a.m. local time. After this, he can prepare the court date with his lawyers from 10 am to 2 pm on Sunday. Until then, he is not required to be held in custody pending deportation.

If Djokovic succeeds with the appeal, he will face his compatriot Miomir Kekmanovic in his first round match of the year’s first Grand Slam tournament on Monday. As the organizers announced on Friday, the first half of the seeding list will play its games on Monday. Serbs are number one.

Australian Prime Minister Scott Morrison welcomed his immigration minister’s decision. “This pandemic has been incredibly difficult for every Australian but we have stuck together and saved lives and livelihoods.

Together we have achieved the lowest mortality rate, the strongest economy and the highest vaccination rate in the world.” Prime Minister Morrison announced and stressed: “Australians have made many sacrifices during this pandemic and they look forward to protecting the outcome of those sacrifices.,

Meanwhile, Serbian President Aleksandar Vucic has reiterated his support for Novak Djokovic: “The attacks and pressures on Novak Djokovic, a citizen of Serbia, are incomprehensible to me.‘ he said in a speech posted on Instagram on Friday.

Unconvinced against the coronavirus, Djokovic is a controversial figure in the country that has imposed strict rules since the pandemic began. Officials had already denied Djokovic’s admission upon arrival last week and classified the documents submitted for his TUE as insufficient.

However, because he was not given enough time to respond, a judge overturned the entry ban during a court hearing on Monday. Djokovic has since been training normally and preparing for the Australian Open. There he is, the defending champion, with Serbian Miomir Kekmanovic being drafted as his opponent for the first round on Thursday.

The 34-year-old was denied entry into Australia at Melbourne airport last week because he was not vaccinated against the coronavirus and authorities did not have sufficient documents for his medical exemption. However, because the border authorities had not given him the agreed time to explain the matter, the court overturned the decision. The Australian government has announced that it is considering taking further steps to revoke Djokovic’s visa. It has happened now.