Texans blow No. 3 pick, recover at No. 13 in latest NFL.com mock draft 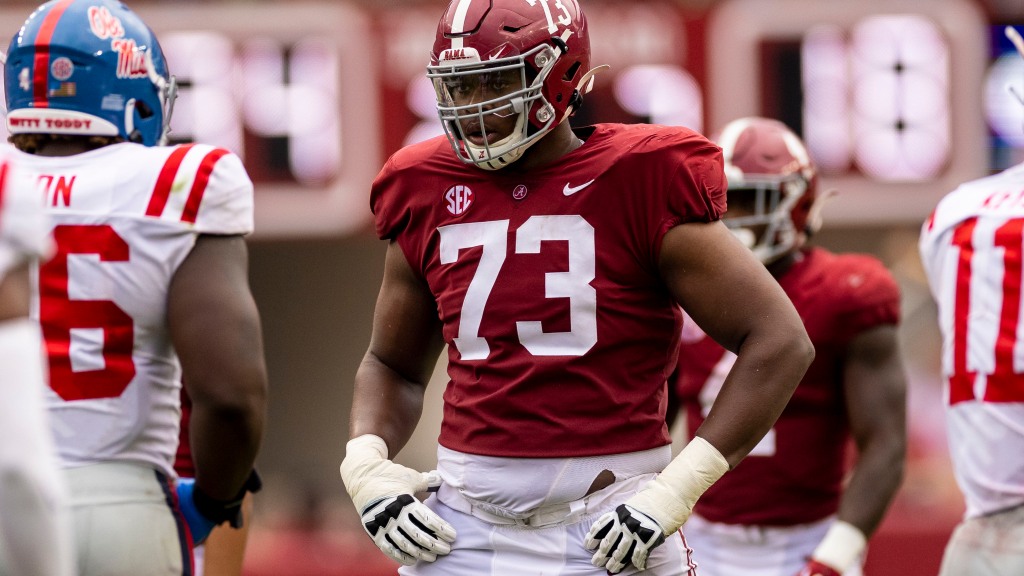 Houston Texans general manager Nick Caserio and company manage to whiff on their first pick of the 2022 NFL draft.

According to Charles Davis, who released his latest mock draft on NFL.com, the Texans go ahead and send in the card for Alabama tackle Evan Neal at No. 3 overall.

The Texans opt to give their second-year QB Davis Mills some additional protection by picking this extremely athletic — and still growing — Crimson Tide star, who’s also the most versatile OT in the draft. Keep in mind that Texans GM Nick Caserio previously worked under the Patriots’ Bill Belichick, and the New England-Alabama connection is a strong one.

The problem is Houston already has two capable tackles on the roster in two-time Pro Bowler Laremy Tunsil and former 2019 first-round pick Tytus Howard. Adding Neal would force new offensive line coach George Warhop to play the game his predecessors Mike Devlin and James Campen tried of kicking Howard inside at guard. The move would be a waste of a pick at that value.

However, the Texans manage to salvage their first round by adding an impact player that gives instant credibility to the secondary in Notre Dame safety Kyle Hamilton. The Texans don’t need to pull off a trade to move up to take Hamilton; the safety is waiting for them at No. 13 overall.

My favorite player in the draft will be a tad disappointed that he did not get his name called in the top 10, but he lands in a good spot. Lovie Smith is a defensive whiz. He will utilize Hamilton’s talents at each level of his scheme.

If the Texans were to come out of day one with that type of haul, it would still have fans optimistic about the direction of the team. Houston would be instantly in a pickle at tackle as they would have to make quick decisions about the fate of Howard, both at guard and also moving forward as he is in the final year of his rookie deal.

500 Rolls-Royce, Palace Of Gold – Everything About The Lavish Life Of The Sultan Of Brunei

This is the week before Christmas. Here are some interesting cases.

Harry Styles has a new song, “As It Was,” and the lyrics apparently refer to Olivia Wilde