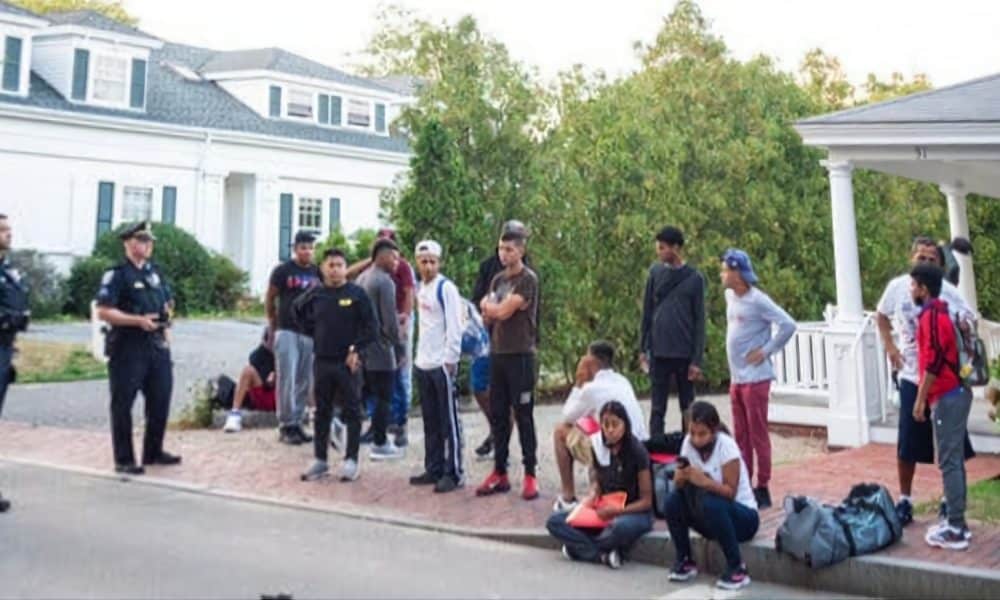 The Catholic publication National Catholic Reporter in an editorial criticized the governors of Texas and Florida, who sent hundreds of migrants to states ruled by Democrats.

By carrying out these deportations under false promises of legal advice and work-study options, Republicans seek to punish President Joe Biden for his immigration policy, the article said.

“Using immigrants as political pawns undermines their God-given human dignity,” the editorial says, something that is counterproductive.

It notes that Greg Abbott of Texas and Ron DeSantis of Florida “decided that it would be smart to oppose President Joe Biden’s immigration policies by sending migrant men, women, and children to cities in the Blue States, including Chicago, New York, and Martha’s Vineyard.” “.

Paradoxically, as the editorial points out, these leaders are Catholic. “But even if they weren’t, common decency would prevent them from avoiding a trick that uses vulnerable humans – people who have fled violent countries, who often risk their lives and reach our borders. It takes weeks or months to reach out and ask for asylum – to embarrass your political enemies and to earn points with your base that attacks immigrants.”

The archdiocese of Miami also criticized the sending of migrants arriving in Texas and Florida to other states. one in release regards these practices as “weird”.

“Reports of Florida’s involvement in transporting migrants from Texas to Martha’s Vineyard are shocking. Any act of taking people on false pretenses and leaving them unaided would undermine their human dignity and make them objectionable “

The statement of the Miami bishops emphasizes that “immigrants are not faceless numbers, but human beings. They are our brothers and sisters.”

He admires the role of migrants in the American economy, taking jobs necessary for the country’s development.

“Justice and discretion demand that we treat them with respect and find an appropriate way to recognize their contributions and presence within the law,” the statement concludes.

As the United States overcomes the crisis in Haiti, the bloody story takes on more and more turn