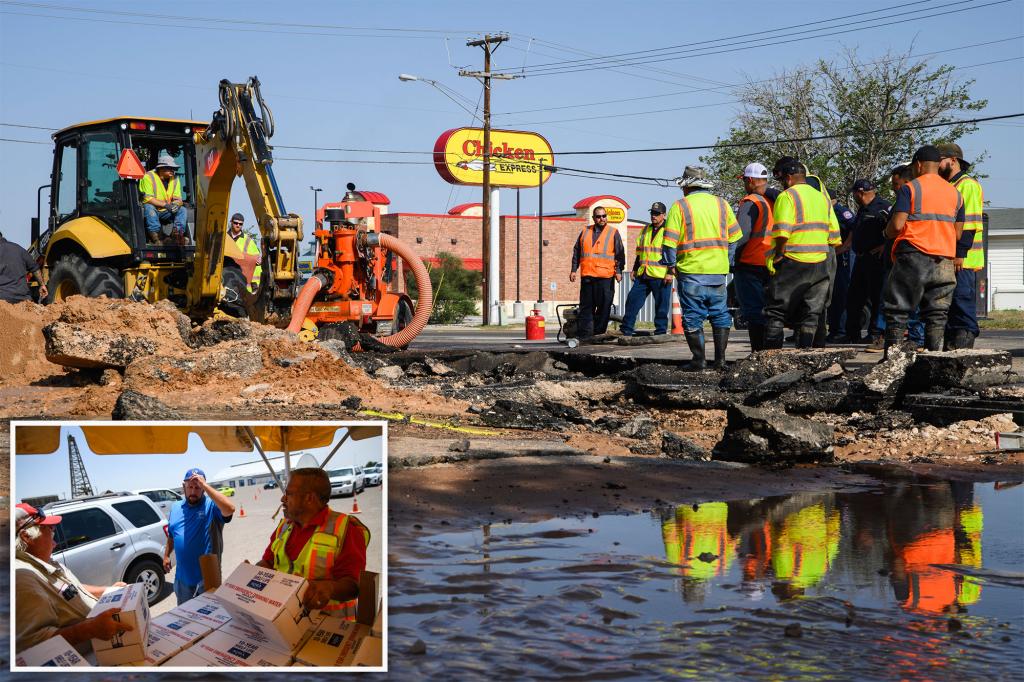 Texas officials said a disaster has been declared by leaders in Odessa, Texas, after a water main break left 165,000 residents without water for two days as the region faced a heat wave. Had to do

“At this time, loss of potable water is expected for forty-eight hours,” said the disaster declaration issued by Actor County.

The disaster was declared in Odessa after the main water line broke and gallon after gallon spilled onto the streets, reducing the water pressure for the entire city system.

The City of Odessa Public Water System issued a boil water notice that will remain in place until water pressure is restored and the water is deemed safe to use. Boiled or bottled water should be used for “washing hands/face, brushing teeth, drinking”, the city said.

“Children, seniors, and individuals with weakened immune systems are particularly vulnerable to harmful bacteria, and all customers should follow these instructions,” City said.

However, some residents reported that there is no water at all or there are other problems.

“I have brown water coming from the tap. Does anyone know what is happening,” KMID-TV reported.

Governor Greg Abbott said the Texas Department of Emergency Management has truckloads of bottled water to be distributed by local officials to points of distribution.

The Texas Commission on Environmental Quality is working with local officials to repair damages and test water so that it meets state and federal drinking standards.

The top prize for Powerball reached $500 million for the first drawing of 2022. This year, the winners received a total jackpot of...