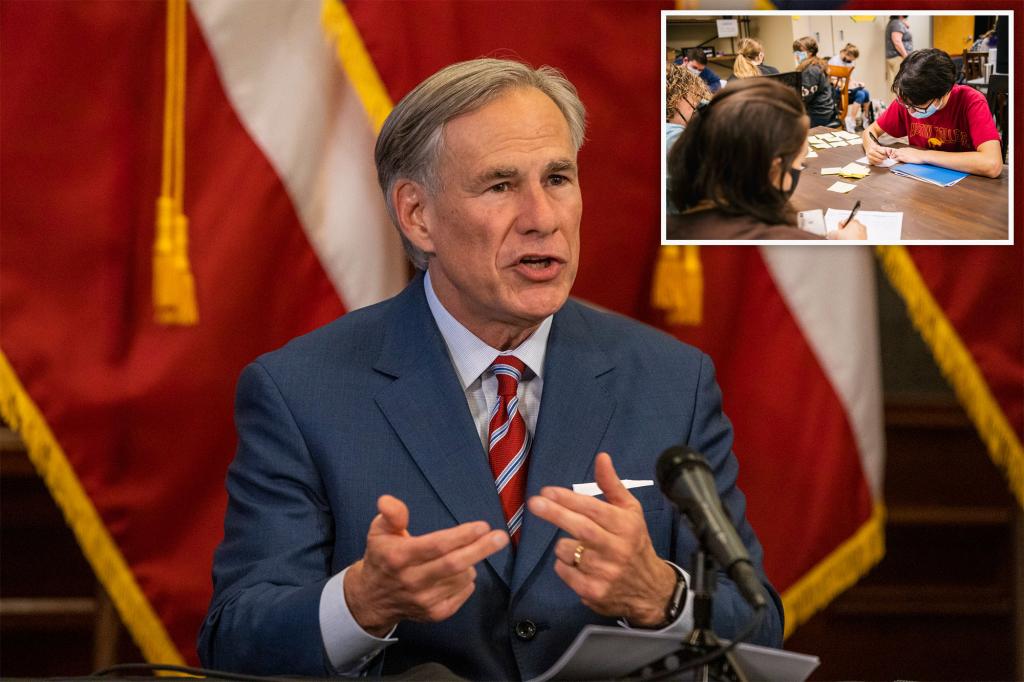 Greg Abbott of Texas promised to pass a “parental rights bill” that would ban some LGBT content and possibly disregard public schools if they were reelected.

The Republican nominee’s bill of rights would also give parents the option of moving their students and state funding to private schools.

“The way the system already works in Texas, that money follows the students,” the governor said.

“Empowering parents means giving them the option to take their children to any public school, charter school or private school with student after-state funding. To be clear, that doesn’t mean that Public schools will not be fully funded. They will.”

Speaking at a campaign event in San Antonio on Monday night, Abbott said Texas students should be protected from “obscene material.”

“Teachers who provide pornographic material will lose their credibility, lose their retirement benefits and be placed on the ‘Do Not Hire List’,” Abbott said.

Abbott is referring to two LGBT books that were removed from Texas public school libraries, which he called “obscene” and “extremely sexual and obscene acts” in a 2021 letter to the state board of education.

At his campaign event on Thursday, he signed a pledge to pass the Bill of Rights into law if he wins re-election. The plan is a sharp contrast with its opponent.

“I am here to fully fund my children’s classes and fully support parents, teachers and students,” O’Rourke said in the tweet.

O’Rourke spent Mother’s Day visiting the family of an LGBT youth whose parents are being investigated by the state of Texas for child abuse at the instructions of Abbott.

In February, Abbott said that parents providing “puberty deterrents,” or medical procedures that help their children transition, would be screened for child abuse.

O’Rourke visits the Briggs in Denton (north of Dallas), cooks them Mother’s Day food and even shares a beer with them, the family. tweeted,

Surprise – your kids may be nervous about refusing a mask.

Why did Steve Kerr call the Warriors’ last win the most complete of all time?