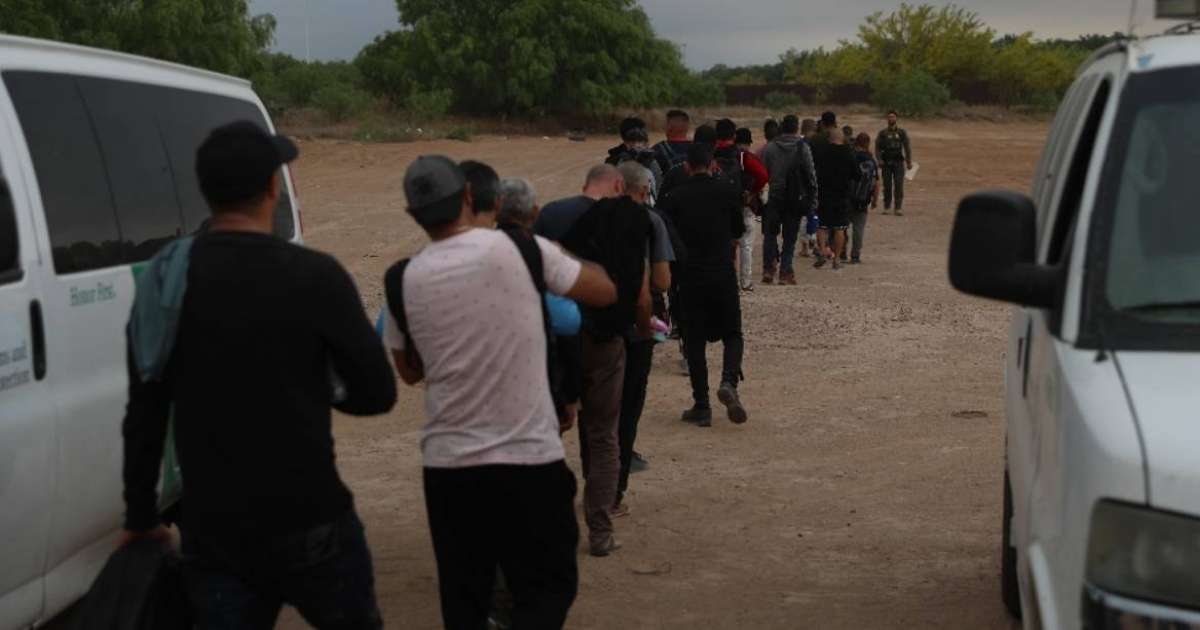 governor of Texas, Greg Abbottsent a bus to Philadelphia with Cuban diasporaAccording to US media reports, along with others from Colombia and the Dominican Republic.

Cuban migrants arrived in downtown Philadelphia on Wednesday after a 40-hour journey by road. Univision,

The 28 migrants, including a child under the age of 10, were received by workers from pro-migrant non-profit organisations, who provided food, water, temporary housing and other services for the new arrivals.

According to UnivisionThe minor came with symptoms of dehydration and high fever, for which she was shifted to a hospital to receive medical help.

“In general, people are relieved. We want them to know they have a home here,” said Helen Zimm, a member of the Philadelphia City Council, after walking into a room with several migrants where They will assess their needs.

Jim also confirmed the state of dehydration in which the minor arrived in the city, and remarked that “it is one of the most inhumane aspects that a girl who was dehydrated and suffering from a fever, a very high fever, was put on a bus It’s a terrible situation.”

governor of texas invoked the US Constitution on Tuesday To declare southern border invasion drink more “unprecedented” measures To stem the flow of migrants.

“I invoked the trespass clauses of the US and Texas Constitutions to fully authorize Texas take unprecedented steps to protect our state Adverse an attack“, he said on Twitter.

“I am using that constitutional authority and other authorities and executive orders to keep our state and country safe,” Abbott said. Third term as governor of Texas,

deploy on Public security forces to support the National Guard and detain the undocumented for criminal activityIn addition to taking action against those who carry out criminal activities (such as human trafficking) in the border area with Mexico.

Just like that, Construction of wall in many border areasdeploy Armed Boats on the Rio Grande To secure the area and prevent and designate illegal crossings Mexican drug cartels as criminal organizations foreign.

Too Collaborate with other border states to improve surveillancewhy Agreements with foreign governments involved in the migration crisis facing the Southern United States, as well as providing resources so that Border countries have ramped up their efforts to respond to the invasion. of migrants at the border.

Abbott’s anti-immigrant policy has included sending busloads of migrants to Democratic states, building a barbed wire fence on the Rio Grande, and implementing various measures to return migrants to Mexico, including from Venezuela.

In mid-September, Abbott sent Two buses with migrants near address in Washington from vice kamala harris, after those dates are sent Dozens of Buses to Washington, DC, New York, and Chicago,

Migrants from Venezuela, Uruguay, Colombia and Mexico leave Del Rio, Texas, and approach the residence of the US vice president.

inaction of President Biden The lives of Texans – and Americans – at our southern border continue to be put at risk and burden our communities. (…) In continuing to provide much-needed relief to our invaded small border towns, Chicago will join other sanctuary cities like Washington, D.C. and New York City as an additional delivery location,” Abbott said. Time said about his decision to send migrants to other cities.