The arrival of migrants from Venezuela, Nicaragua and Cuba to the US southern border is increasing. 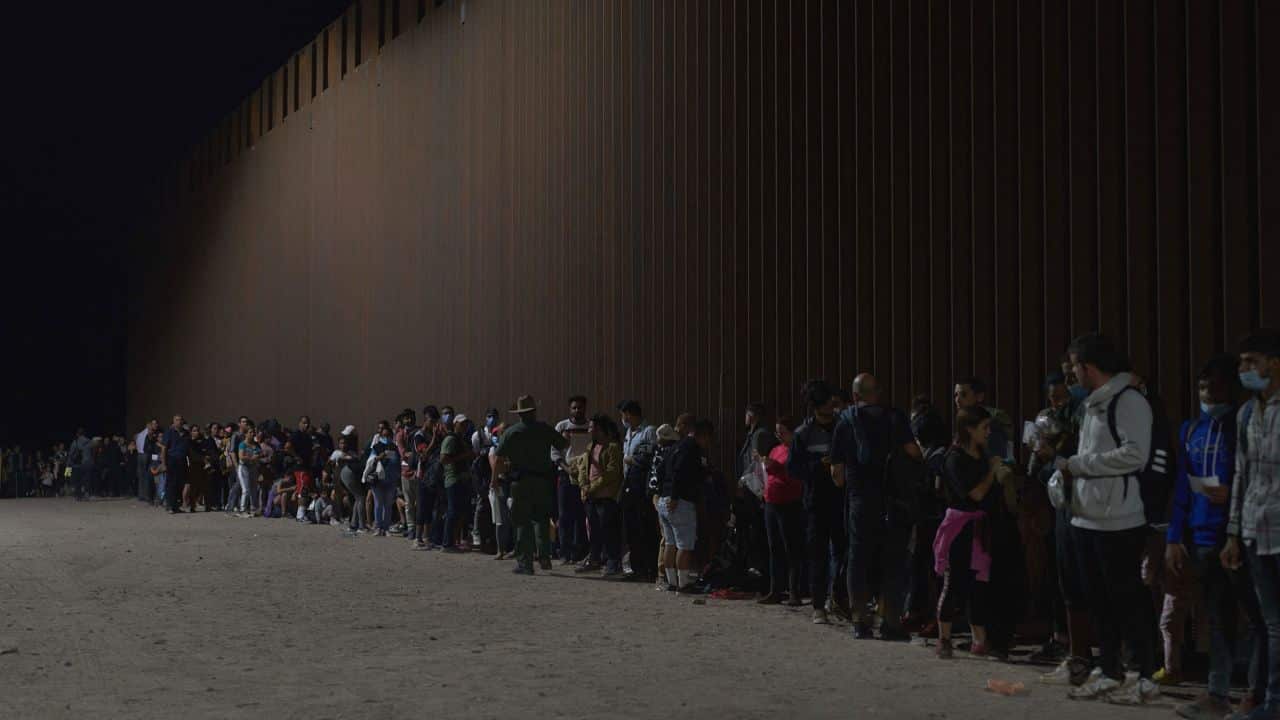 (CNN) — U.S. Customs and Border Protection (CBP) encounters with migrants at the border with Mexico have exceeded 2 million so far this fiscal year, according to recently released agency data, and those in Venezuela, Nicaragua and Cuba Migration from countries is increasing.

Data shows that in August, encounters with migrants at the southern US border rose to 203,598. Of those, 22% consisted of people who crossed more than once.

The Biden administration continues to implement an emergency pandemic ban, known as Title 42, on the border that allows border officials to turn away migrants, but has limits based on nationality. Cold relations with countries such as Cuba and Venezuela also prevent the US from deporting people.

Migrants wait in line to be processed by the US Border Patrol after illegally crossing the US-Mexico border in Yuma, Arizona in the early hours of July 11, 2022. (Photo by Alison Diner/AFP via Getty Images)

Last month, 55,333 migrants found at the border were from Venezuela, Cuba or Nicaragua, a 175% increase from last August.

“The failed communist regimes in Venezuela, Nicaragua and Cuba are fueling a new wave of migration to the Western Hemisphere, including the recent surge in encounters along the southwestern border of the United States,” CBP commissioner Chris Magnus said in a statement. ” ,

Republican governors have criticized the Biden administration for an influx of immigrants focused on tackling the US-Mexico border and driving immigrants out of their states, which Democrats have described as political deceit.

Administration officials, in a conversation with reporters on Monday, acknowledged that the increasing migration is a challenge. Asked whether the administration was considering moving immigrants inland, an official referred to ongoing discussions about improving processing at the border.

“A solution that we know is not a good solution is for hostile governors to bus or plane migrants, who often trick them, to places they had no intention of going without coordination,” the official said. ,” said the officer.

Officials argued that the Biden administration is focused on increasing aid to Western Hemisphere countries hosting Venezuelan migrants, including Colombia, Ecuador and Costa Rica, and expanding refugee resettlement for displaced people in the region.

In addition to those efforts, the administration says it is shutting down asylum processing so that cases can be heard faster.

The administration has doubled down on its effort to dismantle the human trafficking network by raising more than 1,300 troops to Latin America and around the US border and paid $50 million for the effort. The administration reports that about 5,000 arrests have been made in the US and across the region as part of that effort.