The arts are part of the realm of data 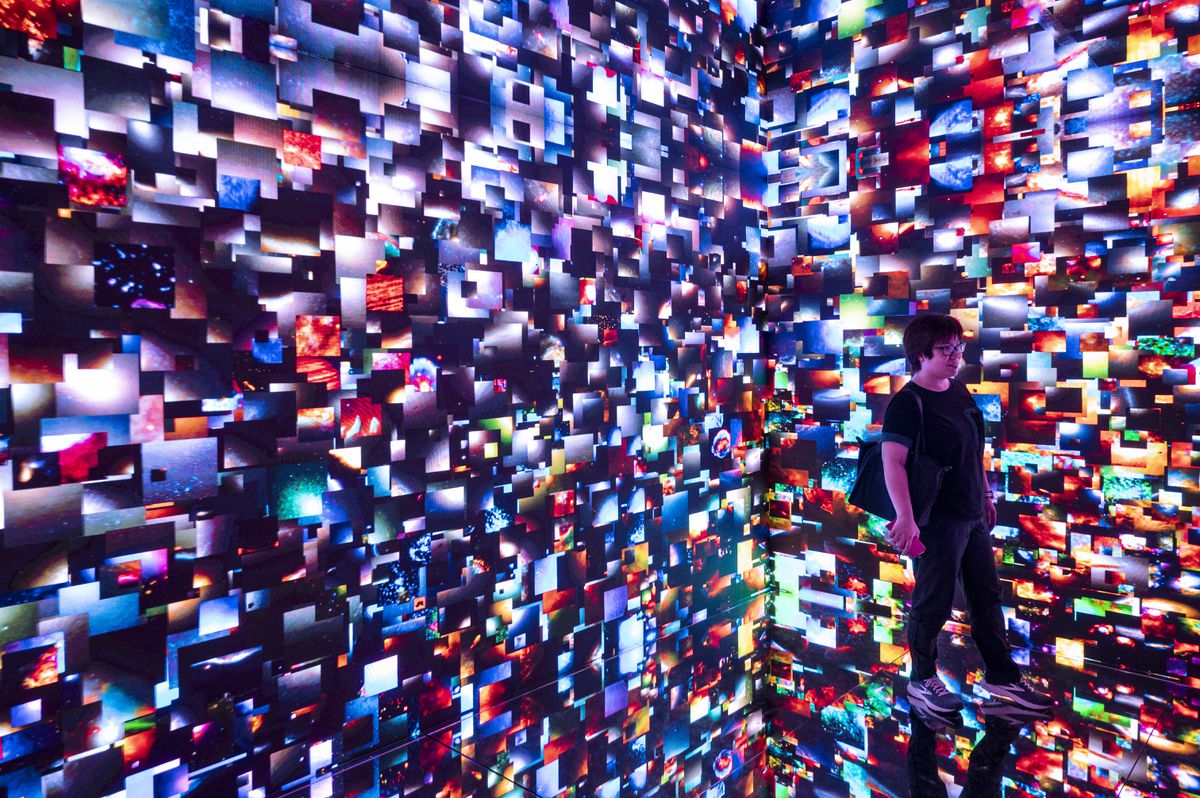 The first edition of the book that changed the world was published in 1968, whole earth catalogby Stewart Brand. However, it’s not really a book, it’s a kind of encyclopedia with information on a range of topics, from organic farms to electronic synthesizers, through female masturbation. One can find solutions to many of their doubts in this contemporary catalog and use it as a guide to living a more sustainable life. new York Times The book defined the Internet as the Internet before what we might call the print web, even a prototype of Google. But what really valued this publication is that it was able to penetrate cyberspace for the first time, making a clear impact on technologists of its time, including Steve Jobs, who defined it as whole earth catalog As “one of the Bibles of his generation”. This entire countercultural movement was not only a benchmark on the West Coast of the United States, but spread throughout the world until it reached Europe for the young French. Over time, the principles of peace and love that surrounded the first digital advances fell to the side, and we already know what followed.

Now, in the second decade of the 21st century, we find ourselves immersed in a new culture in which technology is inseparable from man. The main feature of this moment is the ubiquity of the connection. This phenomenon keeps us on constant alert by controlling the arrival of messages through telephones, computers, smart watches, voice assistants and a long and so on. Each of these interactions generate data that makes up our digital journey, leaving an indelible mark. These data will be used to design our user profiles and generate incentive traffic that is more suited to our tastes and preferences. era of big Data with his algorithm in which some have seen Orwellian dystopia as a form of constant surveillance elder brother.

Technological changes that occur in all areas of our reality also affect artistic creation. in doctoral thesis On Ethics in Emerging Media Arts and Architecture (On New Artistic Media and Ethics in Architecture), Ana Herruzo explains the concept of surveillance art and identifies it as one that uses technology to collect human behavior. From this, it is raised whether the concept of privacy is an obsolete issue that will not be understood in a short time. It is curious that art has been able to anticipate issues such as the measurement and control of human behavior, as did artist Julia Scher in the eighties.

The over-relationship with the information generated by the mass media has also been a subject of artistic analysis. New York artist Dara Birnbaum has come a long way since 1977, when she collected data from Nielsen Reports on the average television consumption in American homes. At the time, television absorbed more than 7 hours and 20 minutes of each day, but he felt this was only a starting point. The 2018 figures justified that, pointing to an increase that can be considered natural. That year it was discovered that the country’s average was 11 hours a day. This meant constant interaction with information delivery tools, giving them undeniable power in shaping public opinion. Based on these data, Birnmoun demonstrates a mastery of technology for disseminating narratives that make an impact not only individually but on a global scale in the discourses of nations, and connects it to the latest happenings in his country.

These experiences and others like him may have been the reason why John Maida, one of the main defenders of the humanization of technology, in 2013 developed the idea of ​​the need to incorporate art into the innovation process. It was he who coined the English acronym STEAM for the basic pillars of development: Science, Technology, Engineering, Mathematics and Arts. What art brings to this set of disciplines goes beyond the concept of the pursuit of beauty. His contributions are based on various analysis processes that generate technology vision from other parameters. Art incorporates the perception of reality from a vision outside of any frame, and new ethical contexts are proposed by projecting reality based on how technology moves us. With this more complete, holistic view, we can assume new ethics for data management.

Now we are facing difficulty in formulating a strategy to achieve that goal. I return to Ana Herruzo’s thesis, which explains very well how this perspective has been incorporated into the curriculum design of education in the United States. One of the initiatives that has served as a reference for us is the creation of a Center Specialized in Immersive Experiences at the University of Arizona. Research on expanded reality and digital culture will converge in this while applying an ethical approach. Technologists and artists will work together to design the future. This is the way to go.

inma ballesteros She is the director of the Observatory of Culture and Communication of the Fundación Alternativas.