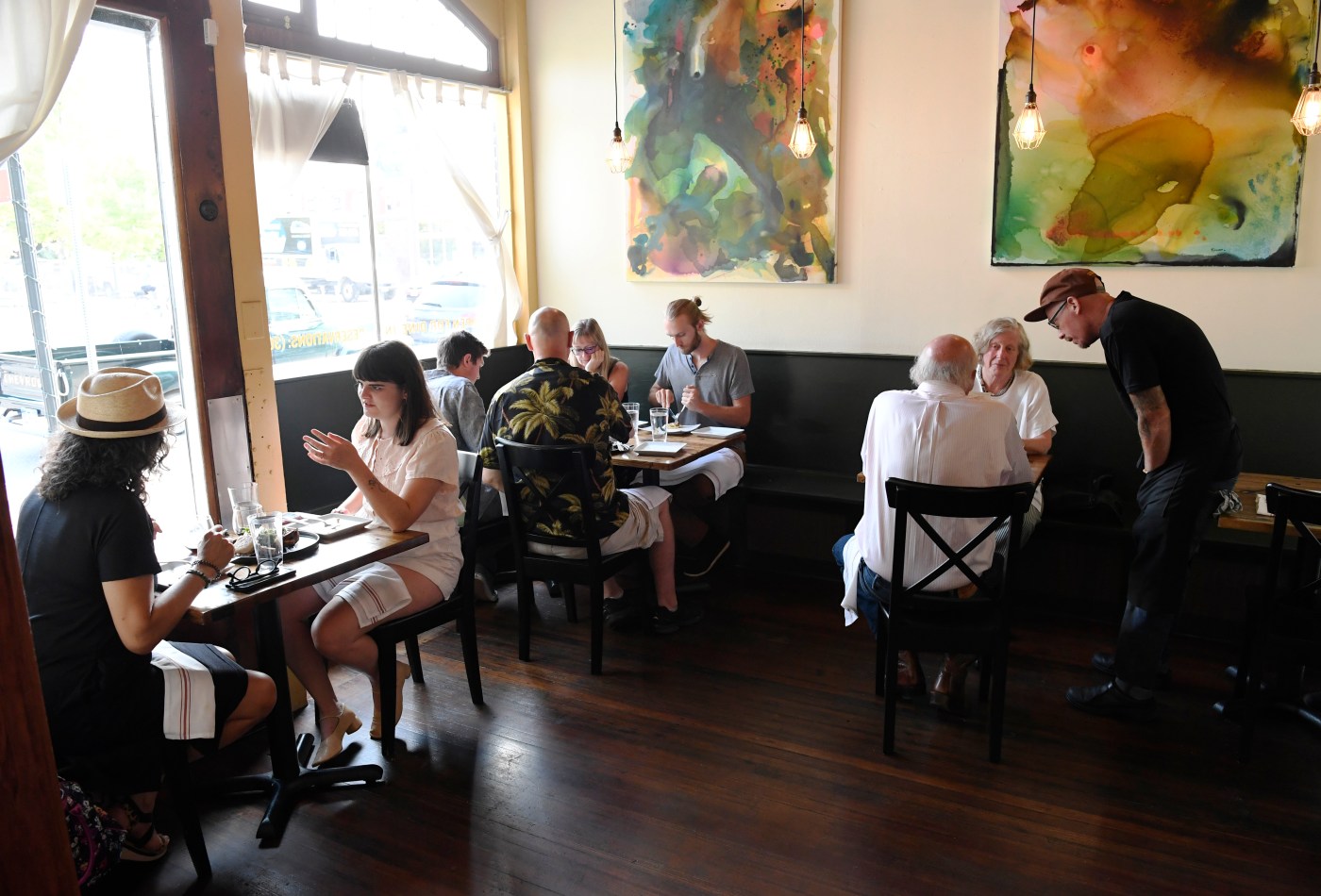 Since 2014, To the Wind Bistro has stood out among Denver restaurants in its curious little category.

Despite its pleasant size – with only 15 seats – the dining room has become a celebration venue along East Colfax Avenue. The menu is punchy and upscale, featuring items such as beet terrine or bone marrow with pieces of harissa and zucchini. But soon, the tiny dining room will be dark.

Diners usually make reservations for dinner before a show at the Bluebird Theatre, just two doors down. And the restaurant, like its patrons, walks the line between being a little renegade and a little sophisticated.

When we last checked in with chef and owner Royce Oliveira last August, he was experimenting with a vaccination-guest night, a controversial move into the otherwise unattractive Denver restaurant scene.

But during the recession in the middle of the week, it also proved to be a boon for the business.

“People are so grateful,” Oliveira said of the response to his customers coming back then.

Oliveira and his wife and business partner, pastry chef Leanne Adamson, were working with just a five-person crew at the time. When they first reopened their dining room after the pandemic stopped, they could only seat 10 guests at a time.

Nine months later, Oliveira and Adamson took to social media to announce the “painful decision” to close To the Wind after the final dinner service on Saturday, May 28.

“Thank you for the support of all our friends, family and customers,” he wrote on Instagram. “We look forward to seeing you on our next adventures.”

Man arrested after hitting Mona Lisa with cake in Louvre