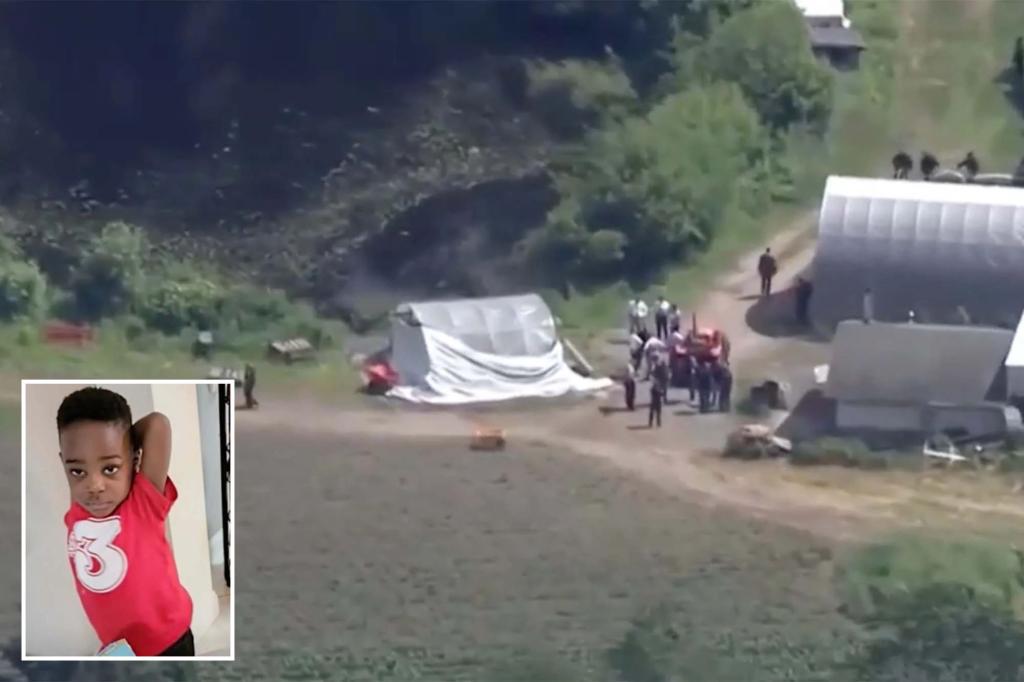 The body of a 3-year-old boy who went missing from his midwife’s home in Massachusetts was found Wednesday in a nearby pond, ending a massive search effort.

Officials said more than 200 first responders conducted a careful search of five square miles in Lowell’s Pawketville neighborhood, where the child, identified by officers only as Harry, was seen around 9:15 a.m. Monday, officials said.

Middlesex District Attorney Marion Ryan told NBC Boston that he was found in a pond about five feet of water next to a Christmas tree farm at around 1:10 p.m. Wednesday. His body was about 650 from the midwife’s house.

“Our thoughts and hearts are with the family who lost this child,” Ryan said.

Officials searched the pond on Tuesday, but it was not found. Ryan said it was not clear whether Harry was in the pond at the time of the search.

Ryan said he was found wearing the same clothes he was last seen in – gray pants and a long-sleeved maroon shirt. There were no signs of external trauma.

Ryan said officials “have no idea how Harry got to that pond” at this time.

Harry was last seen by a neighbor playing in the backyard of his babysitter’s house just 15 minutes before police received a call for a missing child.

Surveillance footage shows the sitter immediately searching for Harry before asking the neighbors for help. He quickly called the police.

“Every parent who has ever had a child is afraid of that child going astray,” Ryan said.